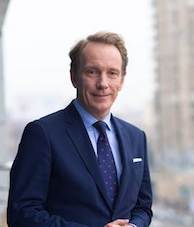 The African Export-Import Bank (Afreximbank) has announced the appointment of Mr. Constantin von Moltke as Director of Syndications and Agency.

Prior to his appointment, Mr. von Moltke had been serving as the Head of Syndicated Loans at Afreximbank, having joined in 2016.

Afreximbank, in.a statement on Wednesday, said Mr Maltke has more than 20 years’ experience in structured finance, including over 15 years focused on syndicated lending.

According to the Bank, Mr. von Moltke’s experience spans commercial banks and development finance institutions in the loan markets in Africa, Europe and the Middle East. He was the Head of Loan Syndication and Co-Financing in the Private Sector Department for four years at the African Development Bank (AfDB) and prior to his AfDB experience, he was Global Head of the Project and Commodity Finance Loan Syndication team at UniCredit Group from 2002 to 2012.

Mr. von Moltke also served as Manager in the European Energy and Utilities project and acquisition finance team at Dresdner Kleinwort Wasserstein from 1996 to 2001.

”In these roles, Mr. von Moltke has been responsible for advising, arranging and syndicating project acquisition financings and structured commodity financings in the energy, infrastructure, natural resources and industries sectors. He started his career at the International Trade Centre (UNCTAD/WTO) in Geneva having graduated from Fribourg University, Switzerland with a Master’s degree in economics and political science, ” Afreximbank stated. 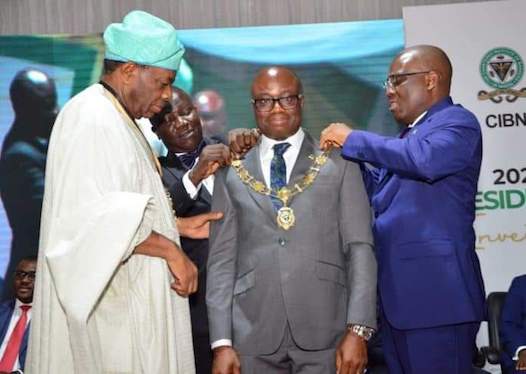 Executive Director of Fidelity Bank Plc,  Dr Ken Opara was at the weekend  sworn in as the 22nd President and Chairman of Council, Chartered Institute of Bankers of Nigeria (CIBN).

In a colourful ceremony at Landmark Event Centre, Victoria Island, Lagos, Dr Ken Opara was given the mandate to steer the ship of the highly revered Institute in the next coming years.

He takes over from Dr Bayo Olugbemi, who in a speech at the ceremony, described Opara as a big asset to the institute.

The ceremony was attended by who-is-who in the banking industry, top business executives as well as political leaders. The swearing in ceremony was performed by Justice (Dr) Adeseyi Olateru- Olagbeji.

A career banker, Opara has over 20 years industry experience and has worked in several banks before coming to Fidelity Bank.

Opara, who was the erstwhile 1st Vice-President of the institute, was elected unopposed at the institute’s 2022 Annual General Meeting held at the Bankers’ House, Adeola Hopewell, Victoria Island, Lagos on Saturday, April 9th, 2022.

In his acceptance speech, Dr Opara thanked the outgoing President/Chairman of the Council, Dr. Bayo Olugbemi, FCIB, for his commitment to lifting the banner of the institute as well as the banking and finance industry to enviable heights. He also expressed his gratitude to other stakeholders for their support for the 59yr old institute.

“I thank all our esteemed members, for the confidence reposed in me and my colleagues whom you have elected to superintend the affairs of our Institute for the next two years. The outpouring of your support is indeed overwhelming and humbling for which we are very grateful.

It is therefore with immense respect and a deep sense of responsibility and accountability that I wholeheartedly accept your mandate to serve as the 22nd President/Chairman of Council of our Highly revered Institute.

I am mindful of the fact that you have high expectations from me and my colleagues who have just been elected. Let me reassure you that we shall collectively do our best to deliver on your mandate as an aggregator, innovator and implementer to enhance the Institute’s value propositions. My detailed agenda in this regard will be unfolded in my Inaugural Speech on May 21, 2022, at the Presidential Investiture ceremony”, said Dr Opara.

Dr. Kenneth Opara holds a Bachelor of Science (B.Sc.) degree in Finance and Master of Business Administration (MBA) from the University of Nigeria, Nsukka as well as a Ph.D. in Credit Management from the International University of Panama.

With a vision to be a global reference point for skills and conduct in the banking and finance industry, the CIBN is the umbrella professional body for bankers in Nigeria. The Institute has members including the Central Bank of Nigeria, Nigeria Deposit Insurance Corporation, all deposit money banks, development banks, mortgage banks, microfinance banks, discount houses amongst others.

The Director General of the Bureau of Public Enterprises (BPE), Mr. Alex A. Okoh, has said the Bureau is willing to deploy it expertise to assist the Nigerian Correctional Service (NCoS) in its efforts to develop some projects through Public Private Partnership (PPP).

He stated this during a courtesy visit to the Comptroller General (CG) of the Nigerian Correctional Service (NCoS), Haliru Nababa at the NCoS Headquarters, Abuja.

” These are: Cattle ranching and dairy processing factories in three States – Sokoto, Kano and Imo; agricultural farms in many States of the Federation; industrial entities and the correctional centre’s land swapping projects.”

This was contained in a statement by Uzoma Chidi Ibeh, spokesperson of the bureau that, ” With more than 30 years’ experience in the reform and optimization of Federal Government’s assets through different strategies including concession, coupled with the  additional responsibility  that has been assigned to us  in the PPP space through the Federal Government’s  policy Circular on the Administration of Concession in Nigeria, is ready to collaborate with the service actively by   offering  its technical expertise and experience  to ensure the successful execution and completion of the concession process for   the projects”.

Mr. Okoh commended the commitment and efforts of the CG and his team towards repositioning the NCoS into a strong, reliable and transformative institution through some of the laudable initiatives and projects being implemented by his leadership.

According to him, the feedback from the Bureau team’s interfacing with the NCoS on the level of professionalism, commitment and desire of the NCoS’ PPP Unit towards ensuring that some of the potential projects of the service across the different sectors of the economy, are developed and optimised by attracting private sector investment through a robust and transparent PPP process, have been encouraging.

He noted that the recent opening of responses to the Request for Qualifications (RfQ) issued by the Service for some of its projects, is a testimony to NCoS readiness and commitment to unlock values and optimise the potentials of those assets.

In his response, the Comptroller General, Haliru Nababa, represented by the Deputy Comptroller General (DCG), Operations (Non-Custodial Duties), Mohammed A. Tukur, Commended the Bureau for its support and guide for the success of its PPP projects which include relocation/infrastructural development, agricultural development and industrial projects.

He recalled that the projects were dear to the NCoS as they would transform and strengthen the institutions of the NCoS because of their potentials to unlock value of the Service and the Federal Government at large.

The CG solicited the cooperation of the Bureau in other areas that would add value to Service as the “mandate of BPE cuts across all agencies in the country”. 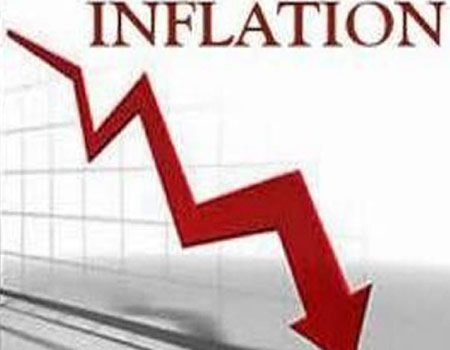 The consumer price index, which measures the rate of increase in the price of goods and services, climbed to 16.82 per cent in April 2022, on the back of surging food and gas prices.

With the development, it means that the headline inflation rate slowed down in April 2022 compared to the same month in the previous year.

The National Bureau of Statistics (NBS) said this in its Consumer Price Index (CPI) report for April 2022, released yesterday.

According to the report, increases were recorded in all classifications of individual consumption according to purpose (COICOP) divisions that yielded the headline index.

Since February, the Russia-Ukraine war has caused a hike in global oil and food prices.