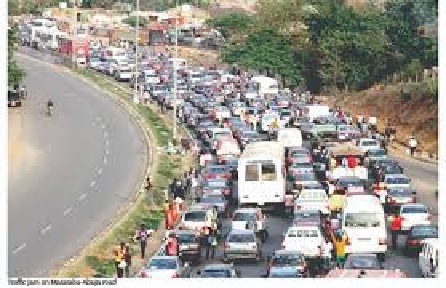 Federal Capital Territory (FCT) Authority, has urged security personnel to shun violation of traffic regulations of Abuja, the in order to ensure orderly human and vehicular movement in the Territory.

This caution is coming on the heels of the reinvigorated efforts by the FCT Administration to decongest roads in the nation’s capital.

Making this call, Chairman, Special Ministerial Task Team for smooth traffic movement along the busy AYA-Nyanya road, Ikharo Attah, noted that it was observed that some uniform personnel were in the habit of driving against traffic, whenever there was traffic gridlock on the axis.

The chairman of the Traffic Control Team, spoke at the weekend, when he met with representatives of military and para-military agencies within the FCT.

Attah, while speaking with the stakeholders at Mabushi Headquarters of the Directorate of Road Traffic Services (DRTS) warned offending uniform personnel would be made to face the full wrath of the law if found contravening FCT traffic rules.

He faulted some uniform men for contributing to the serious perennial gridlock on the AYA-Nyanya axis, and urged them to be role model to civilians, warning that offenders would not be spared.

According to him, the committee set up by FCT Minister Mallam Muhammad Musa Bello, last week had immediately swung into action to ease the traffic gridlock on the axis, despite the severe downpour rainfall during the evening rush hours.

He added that the stakeholders’ interface was an emergence meeting with members and relevant agencies to discuss ways of sustaining the success recorded during its Thursday’s operation.

Similarly, the Director of DTRS, Wadata Bodinga underscored the importance of synergy between government agencies in making the Special Traffic Control Team a huge success.

Recall that the Team, which comprises of representatives from different traffic management and security agencies, with its chairman selected from the media, is expected to submit a preliminary report for further action within two weeks.

However, some residents of the FCT and neighbouring communities in Nasarawa state have called on the FCT Minister to extend Traffic Control Teams work to other busy axis like Dutse-Bwari and Nyanya Checkpoint-Mararaba, following the success recorded so far in the area. 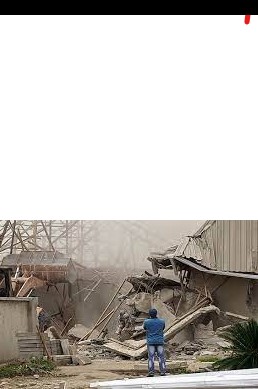 The Federal Capital Territory Administration (FCTA) has commenced the demolition of over 100 buildings constructed on waterways at Dutse Makaranta, a populated suburb in Bwari Area Council in order to prevent perennial flooding in the area.

The Administration said it could no longer wait for unwilling residents to comply with early warnings to save lives, after the destructive flooding that occurred in the community four days ago.

Senior Special Assistant to FCT Minister on Monitoring, Inspection and Enforcement, Ikharo Attah who led the demolition team yesterday to the community, said it would be very irresponsible for any government to wait for residents who were not willing to obey extant directives.

Attah who expressed utmost disgust that occupiers and owners of the buildings on waterways in the community have deliberately refused to heed warnings, said the administration was welding the big stick to save lives, properties and environment.

He noted that it was an act of God that the heavy flooding that swept through the area four days did not leave any record of death, sparing the government of any careless social media backlash.

Attah explained that the owners and occupiers of the buildings on the waterways have been warned and asked to leave the area from the onset, but refused to comply, hence the forceful ejection.

He was particularly bittered that some of the doomed buildings were a private school, churches where innocent children, wards and worshipers would have been swept away, had the flooding occurred on working days or even during religious feast.

“Today we are commencing a citywide operation against buildings sitting on water plains and riverbeds. Here in Dutse Makaranta, you could see heavy flooding, we thank God the rainfall on Sunday afternoon at about 1 and 2pm when many had left the church and school was closed.  The water got to the window levels and members had fled.  The casualties here would have been extremely massive.

“Most people in this area were out, only two men who were on their beds. When the water came, one of the walls to a building fell on the bed of one man and the man fled his house and packed everything quickly.

“We hope that this will send a strong message to all those who have been on water plains and corridors.

“We thank God that we did not lose any life here. But we wonder how people will put their buildings without a building plan approval and now they are telling us to try and understand.

“FCTA has marked the buildings from Foundation level, they have been warned to leave that this is a disaster zone. They kept marking at window and roofing levels, warning them to leave that flooding was coming, but they never believed,” he added.

A resident of the Community, Ibrahim Shaibu confirmed that those affected by the demolition actually were aware that the area was prone to flooding, but ignored all warnings.

Shaibu who claimed he has lived in the community for about 20 years acknowledged that the flooding that occurred three days ago was unprecedented, but thanked God that no life was lost.

He claimed that the indigenous people should be blamed for whatever destruction the flooding has caused, as they have continued to resell the place after each demolition exercise.

Commercial activities were Tuesday morning grounded in Jimeta, the commercial Headquarters of Adamawa State for over three hours following a violent protest by tricycle riders as a result of what they tagged as unnecessary extortion by Jimeta Marshal in the state capital.

The protesters obstructed commercial activities at Mubi roundabout, one of the commercial nerve centers in the metropolis, forcing business premises to shut down for fear of vandalisation.

The protesters, who barricaded all the four roads linking the Mubi roundabout, causing gridlock for several hours, also stopped business activities at the Jimeta Modern Market.

According to one of the riders, Saidu Abubakar, “early I the morning today (yesterday) one of the marshals stopped me while going about my normal activity and asked me to give him N100 or I should park my keke by the road side and I declined his request”.

According to the keke riders they have paid their annual dues and could not understand another due was being imposed on them.

“We pay N100 in the morning and by noon they ask you to pay another N100, more worrisome is that if you ride into Yola South from Yola North, you pay money, even when you can hardly differentiate between the two local government areas,” they alleged.

“Apart from this amount, we also pay N6,500 every year to the state government through the ministry of Transportation,” another rider said.

Another rider, Adamu Buba also accused the Jimeta Marshall established by Yola North Local Government Council of always forcing them to pay money, which sometimes they don’t issue receipt for.

“What we did was asking them to buy a form for N1000 and another N3000 which was paid to the Board of Internal Revenue, the N3000 is an annual fee for all tricycles in the state, it is not true that we collected N6,500,” Barrister Ananze said.

“Since we introduced the ICT registration of tricycles, we have been able to trace and recover items stolen from their passengers by the shila boys (criminals),” the Permanent Secretary added.

As at the time of filing this report, the office of the Jimeta Marshall is being destroyed by the aggrieved Keke riders.

When contacted, the Adamawa State Police Public Relations Officer, Sp Sulaiman Yahaya Ngroje said a team f policemen has been drafted to the scene of the incident to restore normalcy, adding there were  no casualties of any sort during  the protest.

Efforts to reach the Jimeta Marshall Commander failed as he was said to be holding a meeting with the chairman of Yola North Local Government Area.

The Federal Capital Territory Administration (FCTA), yesterday warned owners of plots in Apo-Dutse pantaker site to develop their plot within one month or risk revocation of their plots.

The Senior Special Assistant on Monitoring, Inspection and Enforcement to the minister of FCT, Ikharo Attah, lamented that after the administration spent the state resources to clean up the market, most of the owners of plots in the site haven’t taken possession of the plots.

He revealed that about 150 illegal shanties and shops were removed yesterday.

What we are hearing is that some of the allottees are speculating with their land and this cannot continue and is unacceptable.
See also  Insecurity: Residents Beg FCT Minister to Clear Illegal Structures at Mpape

“People who have gotten land in this place and are waiting for us to clear it should immediately report to Development Control, within the next one month. Not just fencing the land but also getting building plan approval and building on it.  They should not leave the land vacant for too long, people are going to go in here, we will be recommending to the FCT Minister and pleading with him that if in the next one month we do not see meaningful development in terms of fencing and ground breaking for structures because the Minister is spending huge amount of state resources to cleanup.  And those who have properties are not taking it over. The Minister should revoke the land.

On allocation of alternative to the Association of scrap dealer, Apo-Dutse pantaker market, he noted that the Minister is considering it and they should be patient.

But he warned them against operating with babanbola because it paints them in bad light.

The chairman Association of scrap dealer, Apo-Dutse pantaker market, Anas  Ismail, while fielding questions from journalists, he said his people are not regrouping rather they are packing their belongings.

He said they have already written to the Minister to please give them more time to pack their things.

Bala Haruna, Secretary General Apo Dutse pantaker market, also collaborated with what their Chairman said he said nobody came back, that they are dealing with so many things which include cars and others and it will take them some time to pack them.

He also appealed to the Minister to consider their request of allocating a land to do their business.

He also revealed they are over 10,000 scrap dealers in the market.