The Wife of Ebonyi Governor, Mrs Rachael Umahi has solicited the assistance of religious leaders in fighting violence against women and girls especially fistula in the state.

Umahi made the call on Monday during a stakeholders’ meeting organised by the Christian Council of Nigeria (CCN) in collaboration with UNICEF in Abakaliki.

“I urge our religious leaders to please assist me to reach out to our women in your churches and communities who are down with fistula for free repair and empowerment and reintegrated into the society, ” Umahi said.

The governor’s wife said that this had become necessary as religious leaders were the closest to the people.

She expressed dismay that all efforts to end Female Genital Mutilation (FGM) especially in the rural areas seemed not to yield desired results hence the need for religious leaders to assist in awareness campaigns in their churches.

Umahi pledged continued partnership with religious leaders, donor agencies among others towards ending all forms of violence against women and girls in the state.

The President of the Christian Council of Nigeria (CCN), Mr Benebo Fabara-manuel called for condemnation against all forms of gender based violence in the society.

Fabara-manuel said that the workshop was designed to proffer lasting solutions to end social vices in the state and the country at large.

The President, who was represented by the General Secretary of CCN, Rev Evans Onyemara, noted that the group was creating awareness to eradicate some cultural, traditional and religious beliefs that had hampered women and girls in the exercise of their rights.

The cleric stressed that the focal point of the project would be in Abakaliki and Ezza-South local government areas of the state.

“We are here to further raise awareness of our people towards this evident evil in our society and resolved to become champions or voices for women and girls.

“Religious and church leaders have their roles to play to end the culture of silence. The Perpetrators must be exposed to end the menace,” Fabara-manuel said.

The State Chairman of CCN, Mr Lawson Elom, while delivering his key note address, commended the workshop organizers adding that it aimed at educating members to fight against violence against women and girls.

The chairman described the act as a ‘serious economic and social challenge’ in the society.

“Your coming to the state for sensitisation of the people is apt and appropriate, especially now when rape, kidnapping, child trafficking and all sorts of evil are on the increase.

“To maltreat any human being created by God is a sin,” Elom said. (NAN) 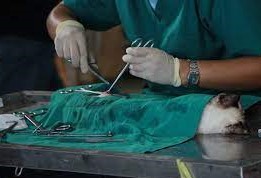 The Director, Department of Veterinary and Pest Control Services FMARD, Dr Olaniran Alabi said the 5-day training which began on Monday in Jos is to establish a surveillance system for antimicrobial and pesticides residues in food products of animal origin including honey.

Alabi in an interview with newsmen yesterday in Jos said AMR occurs when bacteria, viruses, fungi and parasites change over time and no longer respond to medicines.

The director said that AMR makes infections harder to treat and increased the risk of disease spread, severe illness and death, adding that antimicrobial resistance is becoming a global health challenge usually caused by misuse of antibiotics.

“And for us to adequately address it, we need to use multidisciplinary approach by bringing together the stakeholders because the abuse can either be in human or animals.

“That is why we are bringing our counterparts from human and animal health sectors so that we can look at the issue holistically so that we can use the collaborative approach to address the challenge,” he stated.

The Director said he is optimistic that at the end of the training, the stakeholders would be able to control the abuse of antibiotics so that people would not use them indiscriminately.

He stated that the abuse of antibiotics is mainly coming from animal health aspect.

“We are trying to encourage our animal officers to as much as possible where necessary, avoid indiscriminate use of antibiotics.

“The training is for technical people, we are hoping that in future, we would also bring on board farmers who are involved in animal production to train and sensitize them because of abuse on their part.

“Once the animal is sick, they just go the market, get the antibiotics and start administering. We also need to educate them on the implications of indiscriminate use of antibiotics,” the Director said. 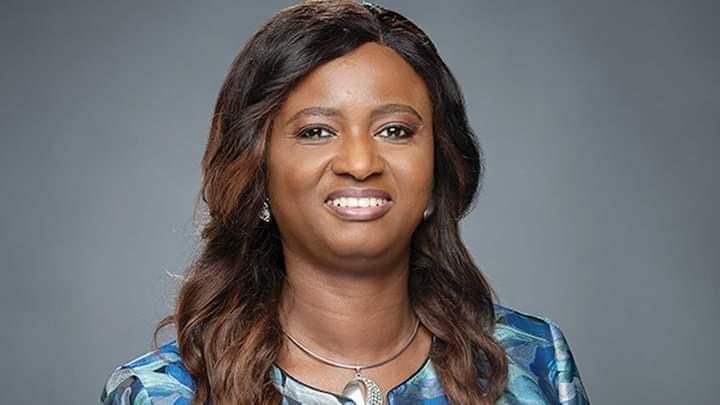 Okowa, in a statement by his Chief Press Secretary, Mr Olisa Ifeajika, in Asaba on Tuesday, described Aiboni as an illustrious daughter of Delta.

The governor said that by her industry, the SNEPCO boss had brought honour and glory to the state.

He said that Delta was proud of her sterling accomplishments, especially as the first female to lead Shell exploration company in more than six decades of its operations in Nigeria.

The governor noted that all the positions Aiboni had held in her carrer in Shell spanning no fewer than 19 years, prepared her for the current big task.

He expressed confidence that the new managing director would distinguish herself with excellence in her new beat and remain the pride of Delta that she truly is.

“I am glad to learn that she has held several positions with the global energy firm, from being a field engineer to playing other roles in production and projects as well as asset management,” he said.

Okowa noted that prior to her role as Bonga Asset Manager, she led production delivery for shallow offshore as Asset Manager for Sea Eagle FPSO in the Niger Delta.

“I am also aware that she was at one time Business Adviser to the Executive Vice President for Shell Sub-Saharan Africa, and had also managed third-party interfaces across several Shell assets in Nigeria and Kazakhstan.

“All these positions no doubt prepared her for the task of leading SNEPCO in the years ahead.

“On behalf of my family, the government and people of Delta, I congratulate our illustrious daughter, Mrs Elohor Aiboni, on her appointment as the first female Managing Director of Shell Nigeria Exploration and Production Company Limited (SNEPCO).

“It is my prayer that God will grant her wisdom and knowledge to grow Shell Nigeria’s deep-water business to greater heights,” Okowa said. (NAN). 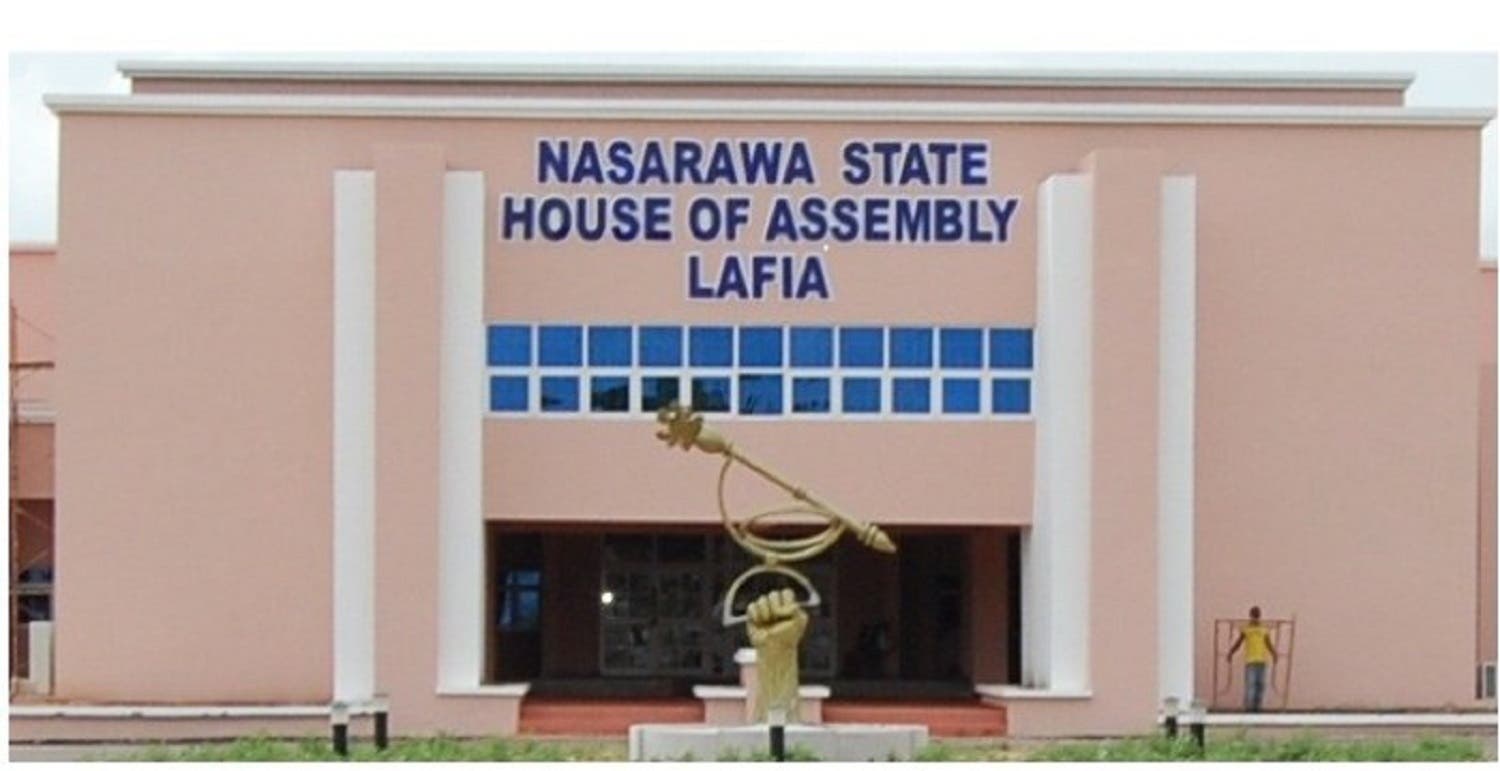 Alhaji Ibrahim Abdullahi, the Speaker of the House, announced this after Mr Daniel Ogazi, the Deputy Majority Leader, moved a motion for the bill to scale third reading during plenary on Tuesday in Lafia.

Abdullahi said that the bill, if finally asented to by Gov. Abdullahi Sule, would provide a ground for training and continuing education for the existing nursing and midwifery manpower.

“The college will train the needed Nursing and Midwifery manpower to the highest standard in the health sector.

“To promote, through teaching, research and other means, the advancement of knowledge and its practical application to the needs of the state.

“To organise from time to time in service vocational courses for serving nurses, midwives and other relevant medical and health personnel on hospital and patient management, medical, health, computer science and technology, among other benefits,” he said.

He also said that the bill would boost health manpower development in the state, if finally asented to by the governor.

The speaker directed the Clerk of the House to produce a clean coy of the bill for the governor’s necessary action.

Earlier, Ogazi had moved a motion for the passage of the bill into third reading.

Mr Luka Zhekaba, the Deputy Minority Leader of the House, seconded the motion.

The House unanimously passed the bill into third reading.

Meanwhile, the House deliberated on report of its Standing Committee on Works and Transport on a Bill for a Law for the Establishment of the Nasarawa State Infrastructure Maintenance and Haulage Fee and for Other Matters Connected Thereto.

The speaker slated Aug. 9 for the third reading of the bill after Ogazi moved a motion for the adoption of the report, which was seconded  by Zhekaba. (NAN) 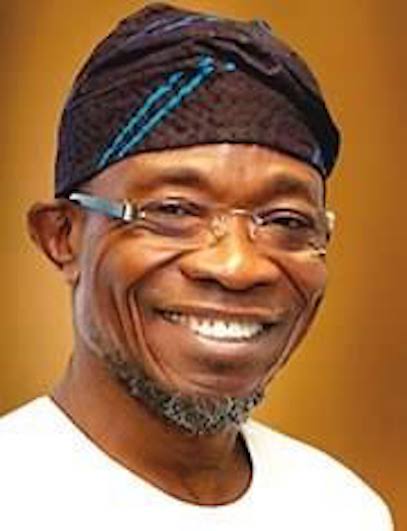 Share Post Views: 23 By; Jerome-Mario Utomi If there is any event in recent time that did remind Nigerians how... 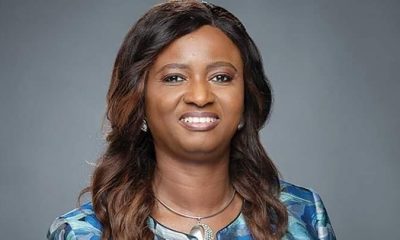 Share Post Views: 33 Gov. Ifeanyi Okowa of Delta has congratulated Mrs Elohor Aiboni on her appointment as the first... 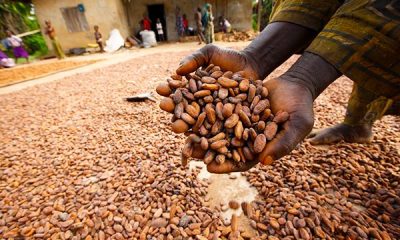 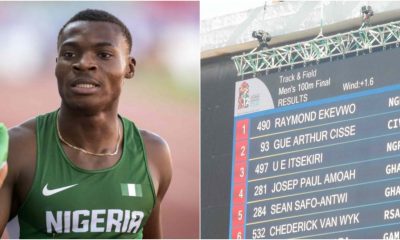 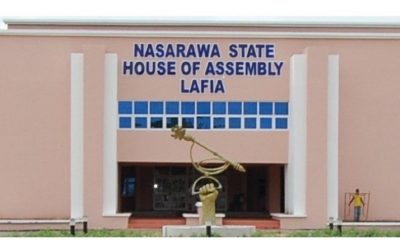 Share Post Views: 41 The Nasarawa State House of Assembly has passed a Bill for a Law for the Establishment... 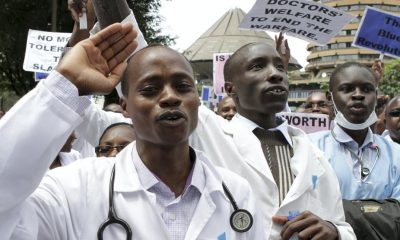 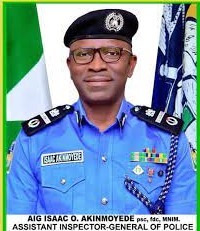 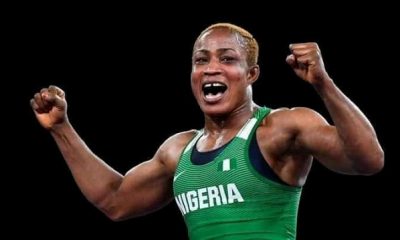 Share Post Views: 56 Blessing Oborududu had to settle for the silver medal in the women’s freestyle 68kg event on... 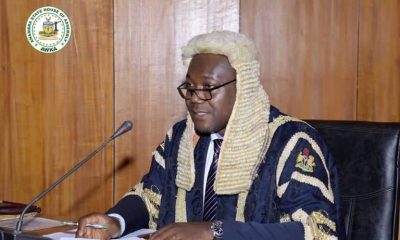 Share Post Views: 45 The Anambra  House of Assembly has passed the Judiciary Fund Management Bill to facilitate and strengthen ...