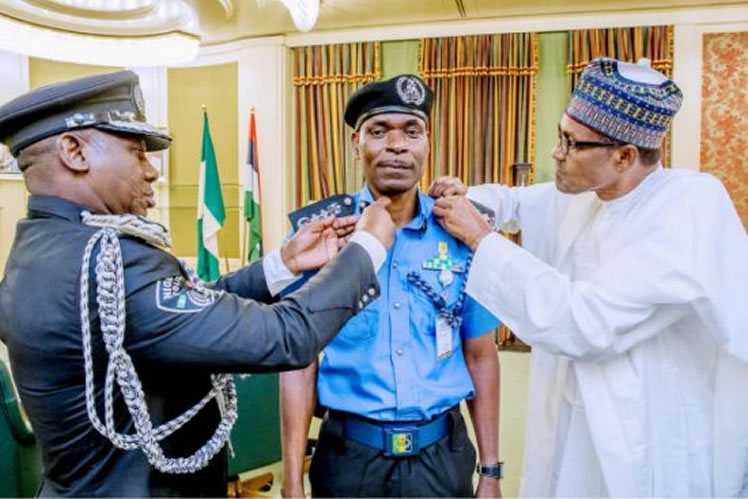 At least one person was feared dead yesterday as members of the Islamic Movement of Nigeria (IMN) popularly called Shiites protested at the National Assembly Complex yesterday.  The violent protest, Daily Asset gathered, resulted in the death of one police officer attached to the National Assembly security team, who died as a result of injuries sustained during attack by the Shiites members.

Besides the killing, they also shattered window glasses of security gate at the main entrance to the complex and smashed windscreens of several vehicles at the National Assembly premises before leaving.The incident forced the House of Representatives to abruptly adjourned plenary session as Speaker Femi Gbajabiamila said the House would adjourn due to security concerns.
The Shiites who were protesting the the continued incarceration of their leader, Ibrahim Elzakzaky by the Federal Government, were however resisted by security operatives at the last gate to the main building of the National Assembly who fired sporadically into the air to disperse the protesters.

Consequently, the items slated on the order paper including presentation of  20 bills for for first reading and three motions on : Fuel Tanker Explosion at Ahumbe Community in Gwer-East Local Government Area of Benue State that Claimed Over Fifty (50) Lives, Need to Address Traffic Gridlock in Apapa and Urgent Need to Incorporate June 12 Struggle in History Curriculum of Schools in Nigeria, were put on hold.

The the lawmakers prayed that, the National Assembly in line with the provisions of Section 11 (4) of the Constitution take over the affairs of Edo State House of Assembly and ensure the proper inauguration of the House, with the Inspector General of Police and the Director General, State Security Services providing the necessary security for the 24 members-elect to be sworn-in as expected and required by Law.

But after several debates, mostly in favour of the motion, the House unanimously amended the prayers of the Edo legislators and resolved to investigate the matter first before taking further legislative action.

While presenting the motion on behalf of his colleagues, Ihonvbere, noted with concern the improper, clandestine and nocturnal inauguration of the 7th Edo State House of Assembly on the 17th of June, 2019, wherein 9 out of 24 members-elect were purportedly sworn-in without the knowledge of the Other 15 members-elect.

He argued that, “aware that the tenure of the Edo State House of Assembly expired on the 7th of June, 2019; further notes that proclamations are issued pursuant to the provisions of the 1999 Constitution of the Federal Republic of Nigeria (As Amended), Section 105 Subsection 3, which directs the Governor of a State to issue a proclamation for the first Session of the House of Assembly of a State.

“Worried that on the 17th of June, 2019, ten days after the expiration of the 6th Assembly, 19 out of the 24 members-elect called a press conference to urge the Edo State Governor to issue a Proclamation to facilitate the inauguration of the House of Assembly and commencement of Legislative Business in order to avoid a constitutional crisis.

“Concerned that on the same day ( 17th June, 2019), the Governor and his Deputy after abducting 4 members-elect against their wish, caused the Clerk of the House to secretly swear in 9 members-elect out of the 24 at 9:30pm well outside the normal time recognized by the rules of the House for the conduct of the Edo State House of Assembly the previous night and to demand for a Proper inauguration.

“However, to their chagrin they were attacked by hired thugs and the State Security outfit code-named “wabaizigan” and backed by men of the Nigeria Police Force led by the Chief Security Officer to the Governor, DSP Chris D. Nwokolo.

“Aware that consequent upon the threat to their lives and injuries sustained from the attack, majority of the members-elect of the Edo State House of Assembly have since fled the State for safety.

“Further aware and worried that against the background of the illegality and the growing security challenges in Edo State, no normal Legislative Business can take place unless the proper procedure for inaugurating the Legislature is done as envisaged and guaranteed by the Constitution of the Federal Republic of Nigeria and Security provided”.
The House thereafter setup an ad-hoc committee chaired by Razak Namdas to investigate the matter, reconcile the aggrieved factions and report back in two weeks.