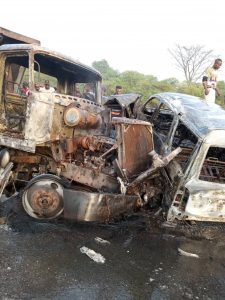 DAILY ASSET correspondent gathered that the accident, which happened at about 2:35 pm was allegedly caused by twin factors of speed violation and wrong overtaking.

The injured persons were said to be a male and one female.

Speaking on the incident, the state sector commander of the Federal Road Safety Corps (FRSC), Jonathan Owoade, said that the injured persons suffered varying degrees of injury such as fracture and bruises, adding that there was no first aid treatment administered on them.

According to the report by the Kwara State sector command of the Federal Road Safety Corps (FRSC) on the road crash, the two drivers of the vehicles involved in the accident had no national drivers licence.

The sector commander also said that items recovered from the scene of the crash included luggage, which he added that had been handed over to the police officers at Ajase Police Division.

He also said that the obstruction caused by the crash had been cleared, adding that injured persons were taken to General Hospital, Offa for medical treatment and the corpses deposited at the mortuary  of General Hospital Offa. 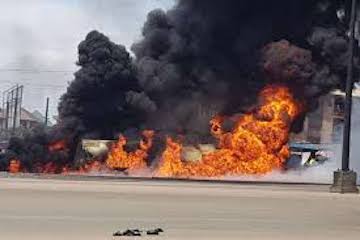 CETECH, a spare parts’ building in the Ladipo area of Lagos State was gutted by fire yesterday.

Several items and valuables worth millions were destroyed, although no life was lost in the inferno.

The raging fire started around 4 in the evening yesterday.

While the cause of the fire is yet to be ascertained, some residents told The Nation that it may have been caused by electrical faults.

When our correspondent visited the scene, scores of residents, workers gathered at the entrance of the affected building, counting their losses and lamenting the disaster.

Others joined the firefighters to battle with the inferno, while offloading goods in the building. 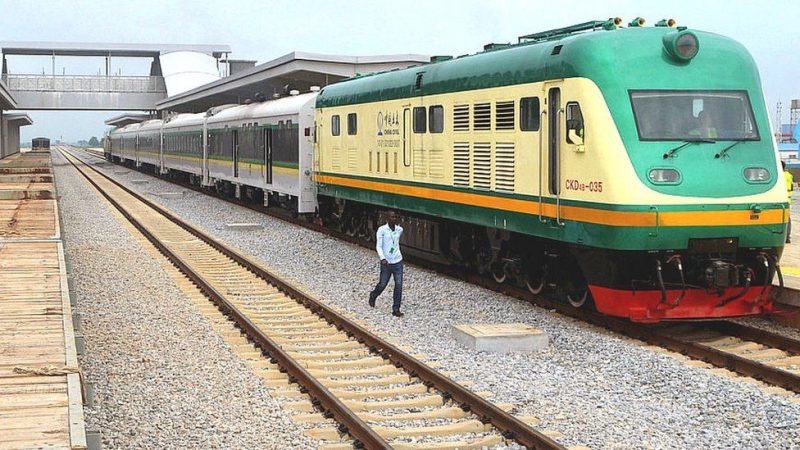 The Governor said the government is excited to complete the purchase of the new trains.

According to him, they were in Milwaukee to see things for themselves in respect of the purchase of the trains, adding that they had inspected the trains, seen their configuration and are satisfied that they fit into the tracks of the Redline.

“A train is not something you can just pick up on the shelf so we are very lucky to get brand new trains. We have seen our beautiful white and red trains. Coincidentally, the rail line is called Red Line, and you can see they have given us the colour. We will only brand them.

“We hope this purchase will be the beginning of a mutually-beneficial business relationship. Providing a source of livelihood for our people is all about providing jobs for our people and that is what we are doing. It is about ensuring that we can build our economy; people can move from one location to another and businesses can grow,” he said.

The acting Mayor of Milwaukee, Cavalier Johnson, who received Sanwo-Olu, said: “It is a little bittersweet. I am sending my congratulations to the Governor of Lagos State in Nigeria but also a little disappointed that we missed out on the opportunity to have those train sets operating here in Milwaukee and in Wisconsin.”

The Chief Executive and President of Talgo USA, Antonio Perez, said: “For us, it is important that our trains are utilised. It doesn’t make any good for the trains that we built to be stored and kept without passengers riding them.” 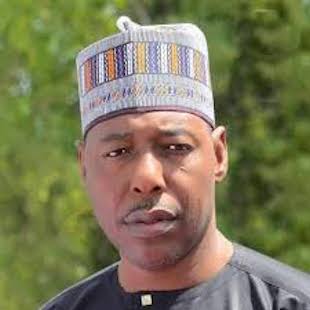