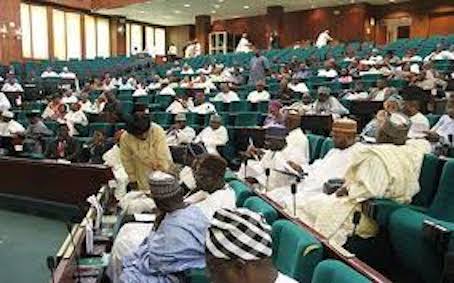 The Bill seeking to exempt the Nigeria Police from the Contributory Pension scheme, yesterday, passed second reading in the House of Representatives.

The bill titled, ‘A Bill for an Act to Amend the Pension Reform Act, 2014 to Provide for Exemption of the Nigeria Police

Force from the Contributory Pension Scheme; and for Related Matters (HB.

1578)’, was brought before the House by Hon. Francis Ejiroghene Waive, for second reading.

In his lead debate, Hon. Waive said the bill was seeking  to amend Section 5, Subsection (1), paragraph A, of the Pension Act 2014, to include the Nigeria Police Force among those that are not part of Contributory Pension scheme like the military and the Department of State Services, (DSS).

The lawmaker pleaded that the House should support the exemption, as it would encourage Police personnel and boost their morale.

He lamented that upon retirement, Police operatives often receive meager pay than their counterparts in the military and DSS, leaving them with abject poverty after 35 years of service to the nation.

In his contribution, Hon Isiaka Ibrahim, said that the House must support this process as the entire police personnel look up to the House to ensure this process.

On his part, Uzoma Nkem Abonta, observed to the House that others were also suffering under this contributory pension scheme.

Hon Koko Shehu, a retired police officer, pleaded that the House should assist police officers by passing this bill, as it would be a great relief to them.

On his part, Ossai Nicholas Ossai, said extra powers should be given to the committee that would take referral of this bill, to accept and accommodate all stakeholders, who would appear at public hearing and demand to also be exempted from the scheme, if they so feel that they are not seeing benefits from it.

Hon Tobby Okechukwu, in his own contribution, said since people from allied services enjoyed this exemption, police should also be considered, as the House cannot be seen to put the police personnel in jeopardy.

He demanded that pension reforms in the country should be made to work and much more efficient, insisting that this was a golden opportunity for it to be reviewed.

Speaker of the House, Femi Gbajabiamila, who presided, put the question and it was overwhelmingly supported that the bill should pass second reading.

It was there passed and referred to the House Committee on Pensions.