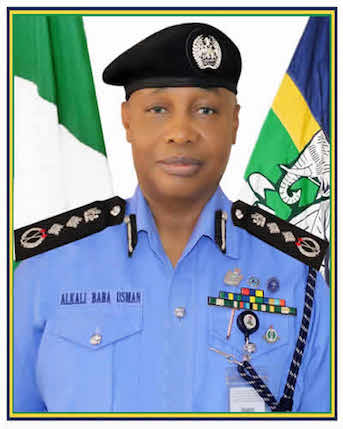 The family of Bright Onyekwuluje, a boarding student who allegedly died from negligence on the part of his school’s management, has asked the Inspector-General of Police, Usman Alkali Baba to investigate the death of their son.

“It is our instruction that Bright Onyekwuluje was sick, but the school management failed to inform his parents or send him to hospital for proper treatment.

“Our client got the information that his son was sick through another student that called his mother to inform him to ask our client to come and pick up Bright, that he was sick.

“When our colleague reached the school, he saw that the health of his son had degenerated to the extent that his son could not talk, walk or eat food. Our client carried his son to a hospital in Port Harcourt where he resides. Bright Onyekwuluje did not recover from the illness as he died on 17th December 2021.

“We humbly appeal to you to use your good office to investigate the immediate and remote cause of the death of our client’s son and bring to justice the persons in the school who contributed to the death of the boy through their actions, inactions, negligence, carelessness, recklessness and total disregard for the life and safety of children placed under their care,” the petition read. 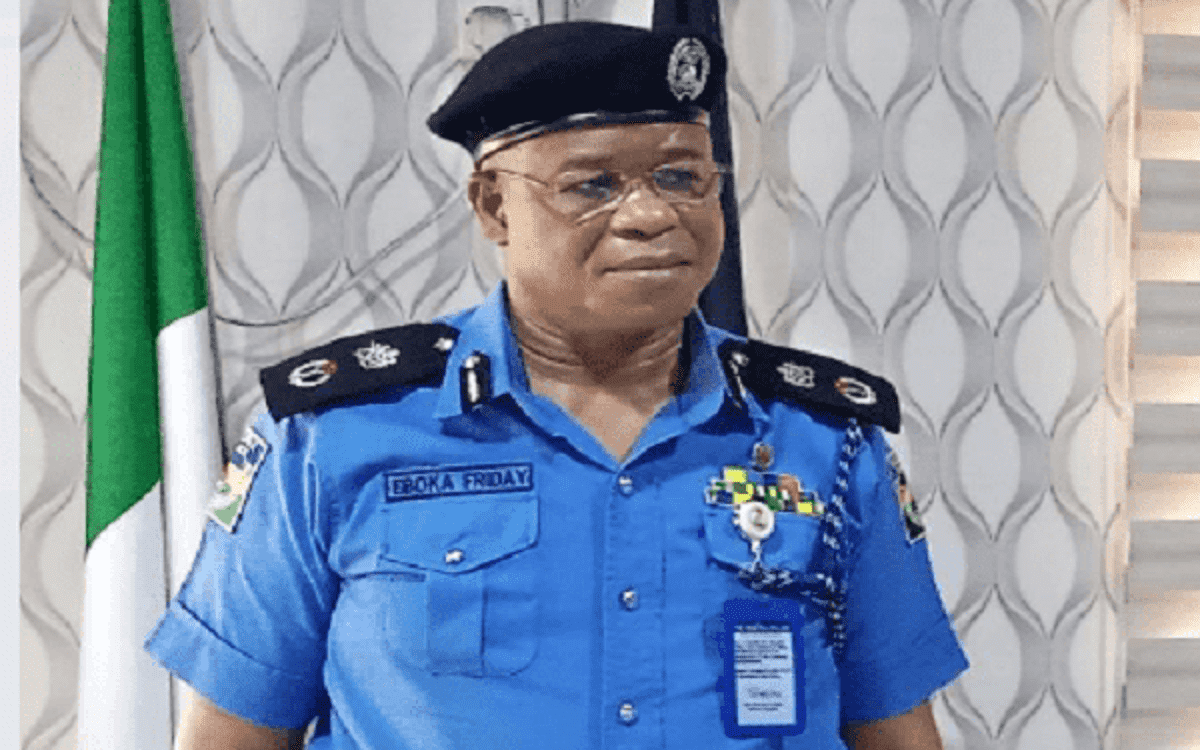 Following the the cloud of soot traced to illegal petroleum products refiners, which has polluted the environment  of the entire Rivers State, Governor Nyesom Wike took the bull by the horn and stormed illegal camps where the Illegal business were going on in creeks of Emohua Local Government Area in the state.

The governor in his combat blue jeans ordered the distruction of no fewer than nine camps and arrested seven men alleged to members of illegal camps. He further ordered the 23 LGA’s chairmen in the state to within 48-hours identify illegal camps in their localities and name all the perpetrators, promising N2million for each arrest pointing out that their activities of the illegal refiners have brought untold hazards to the state residents.

He maintained that no stone will left unturned to save Rivers people from the dangers from illegal petroleum product refiners. Declaring nine persons wanted and naming a divisional Police  Officer attached to Rumuji Police Station as one of the owners of illegal refining camps, the State Police  Command set up an investigative panel to investigate the Divisional Police Officer in charge over his alleged involvement in illegal refining activities.

In a statement by the acting spokesperson of the command DSP Grace Iringe-Koko, the command said the DPO has been redeployed as a panel headed by Assistant commissioner of police had been inaugurated.

The statement said the outcome would be made public and the officer punished appropriately if the allegations are confirmed and reiterated  the commitment  of the command to support the state government in its war against illegal oil bunkering.

The Acting PPRO  assured the public that  the command will not spare any indicted person no matter how highly placed and  called on any one with useful information not to hesitate in passing it to the security agencies or local government chairmen. According to Iringe-Koko, “The Rivers State Police  Command, received with concern, the news making the rounds that a Divisional Police Officer in the state, is involved in illegal bunkering activities.

The officer was immediately redeployed and a panel headed by an Assistant Commissioner of Police, inaugurated to investigate the matter. The outcome shall be made public and the officer punished appropriately if the allegations are confirmed.
“Meanwhile, the Commissioner of Police CP Eboka Friday, wishes to reiterate the commitment of the command to support the state Government in its war against illegal oil bunkering and assures the public that  the command will not spare any indicted person no matter how highly placed he or she may be. He is using this medium too to call on any one with useful information not to hesitate in passing it to the security Agencies or the Local.” 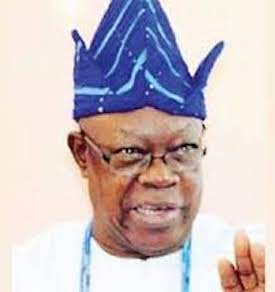 The Olubadan-in-Council, a conclave of Ibadan High Chiefs, also known as kingmakers, on Saturday, cleared the  air on the successor to the late Oba Saliu Akanmu Adetunji, Aje Ogunguniso 1, whose passing away was confirmed on January 2.

The Osi Olubadan of Ibadanland and former governor of Oyo State, Senator Rashidi Ladoja,  who addressed newsmen on behalf of the Council after a closed door meeting with Governor Seyi Makinde, at the Oyo State Government House, Agodi, Ibadan, said that the perceived controversy surrounding ascension to the Olubadan Stool has been amicably resolved.

He also promised that the Olubadan-in-Council would jointly make a public statement on their resolutions soonest.

He said: I can tell you that Ibadan is very lucky. “All the matters causing crisis in Ibadanland have been resolved. The governor has been magnanimous to have called this meeting because those of us who thought we won’t meet again have finally met and resolved all the matters. So, I can tell you that, by next week, you won’t notice any tension in Ibadan again.

“The resolution is simple and the only contention was the objection by Barrister Lana on the court case and it has been resolved. None of us argued that the Otun Olubadan, Senator Balogun, is not the next Olubadan. All of us have agreed on that position because that is our hierarchy.

“Before the resolution could be announced, we have our procedure. The Olubadan-in-Council will meet and we will present the candidate to the governor for accent.

“Now, we are very happy that we have resolved the problem and we are all grateful to the governor.”

Customs FOU Seizes N7.8bn Worth of Rice, Others 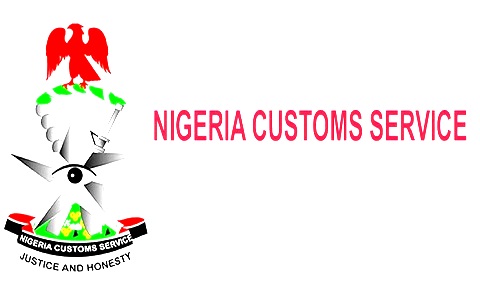 A total of 82,171 bags of foreign parboiled rice (about 135 trailers) with an approximate Duty Paid Value (DPV) of N7.8 billion was seized last year by the Federal Operations Unit (FOU) Zone ‘A’ of the Nigeria Customs Service (NCS), Ag Controller Hussein Ejibunu said.

The unit also generated revenue from Debit Notes arising from false declarations to the tune of N617.919 million, he disclosed.

Significantly, 116 suspects were arrested, 18 arraigned, 69 released on administrative bail, one handed over to the National Drug Law Enforcement Agency (NDLEA) and 23 currently in custody.

Disclosing this to newsmen in Lagos Tuesday during a review of 2021 and overview of 2022, Compt. Ejibunu described the preceding year as event-filled for the unit going by the quantity and quality of the seizures, the total revenue generated, the number of notorious smugglers arrested and the commendation letters from the NCS headquarters.

He thanked the NCS management for the 16 additional operational vehicles, five gun-trucks for enhanced anti-smuggling activities, and the purchase and installation of 250KVA power generating set to remedy the unstable power supply to the office environment.

Meanwhile, he explained that the operational vehicles and gun-trucks helped in rejigging the unit’s operations, while the Comptroller-General’s commendation letter further motivated his officers and men for improved performance. More so, the unit has mapped out strategies for vigorous revenue recovery to meet or even surpass any given target, he added.

According to him, “all revenue leakages must be blocked as the Customs Intelligent Unit will spread their tentacles to furnish the unit with credible information regarding concealments, transfer of value, wrong classification and low value.

“Regarding anti-smuggling activities, our focus would be the border areas as we are going to intensify patrols and ensure that un-Customs goods do not find their way into the country.

“We are not unaware of the fact that election year is just around the corner. It is a period during which illicit importation takes place and certainly, that will not happen.

“Let me warn economic saboteurs and dare-devil smugglers in the zone to stay clear or be served their waterloo if they don’t embrace legitimate economic activities. In terms of trade facilitation, the unit is overly ready to protect genuine traders.”