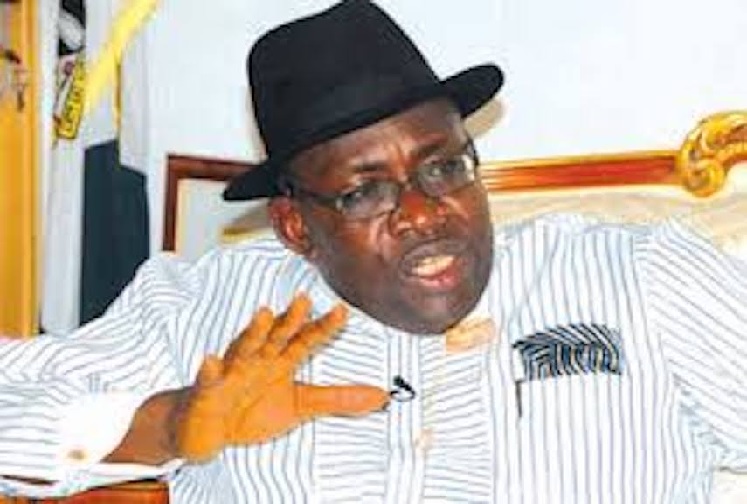 Governor Dickson gave the charge on Wednesday, at the swearing-in ceremony of the council chairmen and their deputies in Government House, Yenagoa.

Dickson was quoted by his Special Adviser on Public Affairs, Mr. Daniel Alabrah, as calling on the chairmen to ensure strict compliance with the Transparency and Accountability Law of the state.

He stressed that legislative sanctions would be imposed on any chairman for misuse of council funds.

According to the governor,  council chairmen were expected to carry out their statutory obligation of prompt payment of workers’ salaries and embark on projects to impact positively on the lives of the people.

” To whom much is given, much is also expected. While we allow you to maintain your funds, utilise them in the interest and development of our rural communities.

“We urge you all to show prudence and respect for public funds. We must use our scarce resources to address our multifarious problems as a state. That is what my administration has been doing in the last seven years going to eight years now.

“Last month, no office in this state including mine got overhead. But we are still funding the Ekeremor Road, Yenagoa-Oporoma Road and also funding the nine-kilometer fencing of the airport.

“This is as a result of the discipline and prudence we have been showing. Let me put you on notice that my team will be monitoring your activities.

“Let me also remind you that the House of Assembly has supervisory authority over you. And I will not hesitate to work with the House to exercise legislative sanctions on any of you where it becomes necessary.”

On security, Governor Dickson urged the new administrators of the third tier of government to collaborate with security agents in checking sea piracy, pipeline vandalism, kidnapping and other unwholesome practices in the state.

The governor, who described the council chairmen as field commanders of the Restoration Administration, charged them to lead the party effectively at the local government level.

He enjoined them to work closely with party and community leaders in mobilizing support  for the right causes that would foster peace, stability and progress.