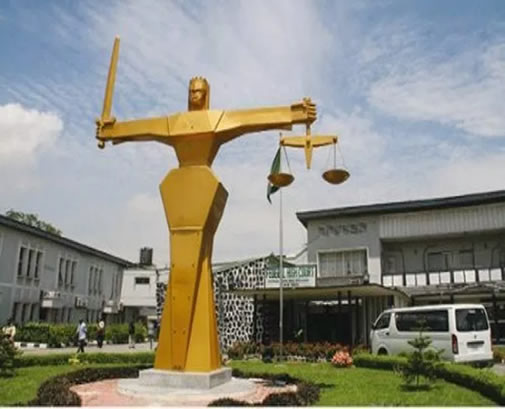 Ahead of Monday’s ruling on Sheikh Ibrahim El-Zakzaky’s application for medical leave by a Kaduna High Court, the Kaduna State Government has assured citizens of security and free movement.

This was contained in a statement by Samuel Aruwan, the Commissioner, Internal Security and Home Affairs, made available to newsmen on Sunday in Kaduna.

According to the statement, appropriate security arrangements had been made to protect citizens and uphold law and order across the city.

It urged residents to go about their lawful businesses as their freedom of movement is guaranteed.

The statement further stated that residents should ignore the scaremongering by certain interests making the round of possible breakdown of law and order in the city.

“Therefore, citizens should go about their legitimate business and conduct their lawful activities without any hindrance.

The statement provided phone numbers to be called in case of any problem.(NAN) 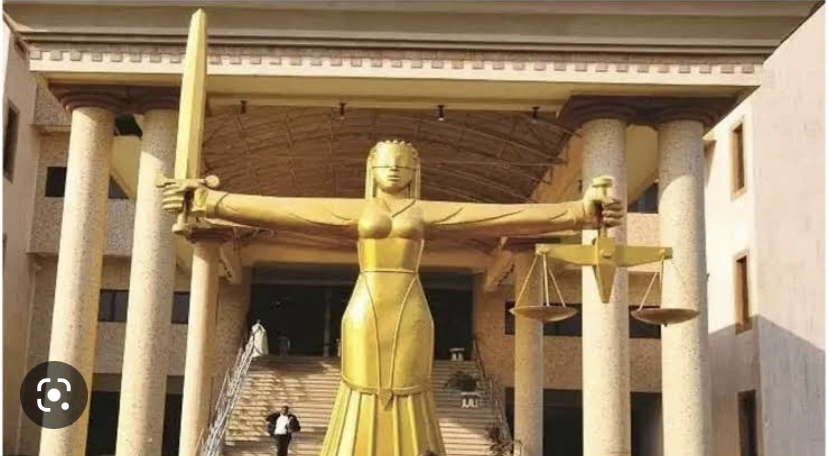 The Supreme Court on Friday dismissed an appeal instituted by the All Progressives Congress (APC) against the Peoples Democratic Party (PDP) on Ahiazu Mbaise Ezinihitte Federal Constituency of Imo.

The Apex Court threw out the appeal on the ground that APC has no legal right to dabble into the candidate selection of PDP.

In a judgment delivered by Justice Emmanuel Agim, the Court held that APC acted like a busy body and meddlesome interloper in the ways and manners it got involved in the PDP matters.

A chieftain of the APC in Imo State, Mr Nnamdi Igbokwe had instituted the suit against the nomination of Mr Emeka Martins Chinedu as PDP’S candidate for Ahiazu Mbaise Ezinihitte Federal Constituency.

He had prayed for an order of the court against INEC not to accept or list Chinedu as lawfully nominated candidate.

The grouse of the APC was that PDP’s candidate was returned unopposed in a primary election for the House of Representatives ticket for the February 25, 2023 National Assembly election.

The APC claimed that the unopposed system that produced Chinedu during PDP’S primary election was not known to law and should not be accepted by the electoral body.

APC had lost the suit at the Federal High Court as well as the Court of Appeal before it proceeded to Supreme Court to ventilate its anger on how PDP produced the candidate.

But the Supreme Court in its judgment held that the appellants, (APC and Igbokwe) have no business in challenging the candidate selection process of the PDP.

Justice Agim while dismissing the appeal held that the case of APC was without merit and asked parties to bear their respective cost of litigation. (NAN) 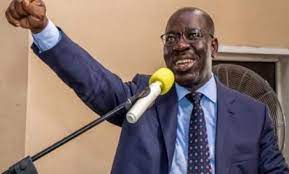 The Supreme Court declared the candidates who emerged from the primaries conducted by the Gov Godwin Obaseki-led faction of the PDP in Edo as the authentic representatives of the party.

This judgment delivered by Justice Centus Nweze brings to an end the long-drawn legal battle to decide which of the two factions is in control of the state chapter of the party.

The court in its judgment dismissed the appeal on the grounds that it was incompetent.

The judgment set aside the judgment of the Appeal Court which was in favour of candidates belonging to the Legacy Group of the PDP in Edo State led by the National Vice Chairman of the party, Chief Dan Orbih.

The judge held that an appeal must be based on issues contended at the lower court to qualify for review.

“Any ground of appeal that does not challenge issues raised at the lower court is incompetent. I enter judgment in favour of the respondents “, the apex court held.

The judgment which arose from a consolidation of all cases relating to the leadership tussle has put to rest anxiety as to the right persons to represent the party in the elections.

The battle for control of the PDP apparatus in Edo state between Obaseki and Orbih took a different dimension when the two groups presented two different lists of aspirants to INEC following parallel primaries conducted by the two factions.

The crux of the matter is who has the power the primary election for the selection of party flag bearers for the National Assembly and State House of Assembly elections slated for February 25 and March 11, this year.

Wednesday’s unanimous decision by the supreme court, therefore, means the candidates who emerged from the ward up to the national primaries conducted by the Obaseki faction of the Edo PDP will be fielded for elective positions.

Both Obaseki and a National Vice Chairman of the PDP, Chief Dan Orhbi have been locked in a leadership battle for the soul of the party in Edo State.

A Federal High Court in Abuja had in May last year recognized orbih’s faction as the authentic candidates, another in Benin City, gave recognition to Obaseki’s faction.

Both also appealed the judgment of the trial court entered against them at the Court of Appeal.

Speaking with newsmen shortly after the judgment was delivered, Philip Shaibu, the deputy governor of the state who was in court to witness the proceedings expressed joy that the matter has been finally put to rest.

He called on all PDP members to close ranks to deliver for the party in all the elections, stating that there was no winner or loser as the victory was for the PDP.

Shuaibu urged aggrieved parties to embrace peace said that the umbrella is now widen to accommodate all.

Newsmen report that a Federal High Court in Benin-city, Edo had ordered INEC to recognise and publish the names of candidates produced by Obaseki’s faction as PDP’s candidates in the 2023 elections.

Justice Inyang Ekwo of the Federal High Court in Abuja, in a related suit ordered INEC to recognise the candidates of Chief Dan Orbih faction as authentic candidates of the PDP for the forthcoming elections.

The parties in their various suits had asked the court for an order compelling INEC, to publish their names as the validly elected candidates of the Edo State PDP for the 2023 general election.

In his judgment, Justice S. M. Shuaibu of the Federal High Court, Benin relying on past decisions by the Supreme Court and Court of Appeal, held that only the National Working Committee (NWC) of a political party has the power to conduct party primaries.

The Judge further held: “In my view, the power of INEC under Section 84 of the Electoral Act is limited to monitoring of party primary elections and does not extend to preparing or declaring the results of that election. This remains the law.

“In light of the foregoing, the fourth defendant, INEC, cannot rely on results prepared by the first defendant, Edo State PDP.”

Dissatisfied, the Orbih’s faction appealed the judgment up to the Supreme Court, where judgment was today entered against them. (NAN) 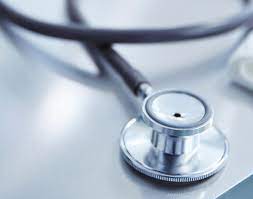 The National Agency for Prohibition of Trafficking in Persons and Other Related Matters (NAPTIP) charged the defendant, a 41-year-old man, Abubakar Danraka with defilement.

He pleaded not guilty.

The witness, a consultant with National Hospital Abuja made this known while being led in evidence by the Prosecution Counsel, Chidiebere Ugochukwu.

” The boy’s parents rushed him to the emergency children’s ward of the hospital  on account that he was sexually abused by the defendant, who was their neighbour at Spring Valley Estate, Airport Road, Abuja on March 21, 2020.

” The mother of the minor said that the boy got home late on the said date and she was upset and flogged him.

” She said her son revealed to her that the defendant lured him into his house and gave him water to drink and then he slept off.

” She said the defendant defiled her son, ” he said.

” Upon examination, I discovered that the minor suffered rectal bleeding.

” So we suspected a sexual assault and collected blood samples to check for sexually transmitted infections and hepatitis,” Shettima said.

He said the child was placed on antibiotics and the social welfare, psychiatric unit and hospital management through our head of department were notified.

He added that the boy was placed on medication incase he had been exposed to infections and the paediatric surgical unit was invited to look further up in the anus.

“The surgical unit said that there was no further injury above the anus and days later, the results for the boy’s screening for infections came out negative.

” The child still continued his medication for three months in other not to risk anything and he was discharged after five days and was an outpatient for follow up,  but discharged finally from paediatric clinic after repeat of STDs came out normal three months after, ” he said.

The defence counsel, Eddie Inegedu asked the witness if his examinations were linked to the defendant and if the history was narrated to him by the parents of the boy.

In response he said, apart from the history narrated to him by the child’s parents, there was nothing directly linked to the defendant in his findings. 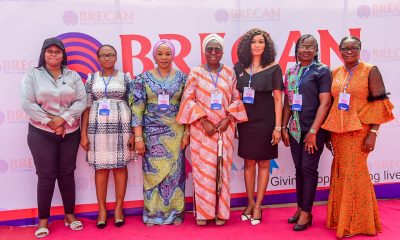 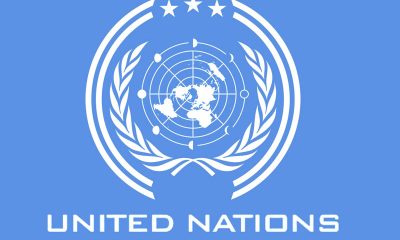 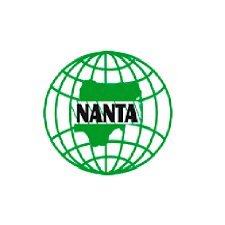 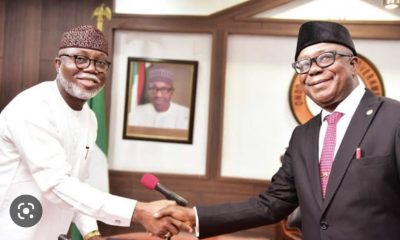 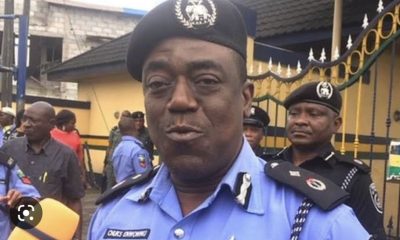 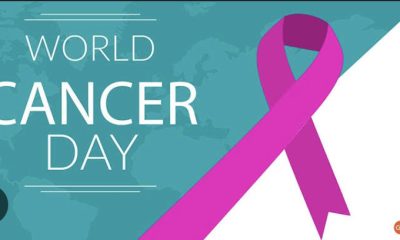 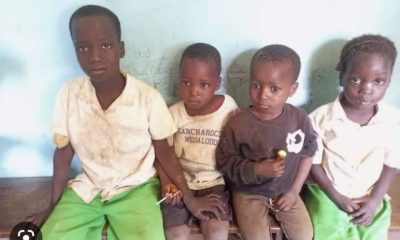 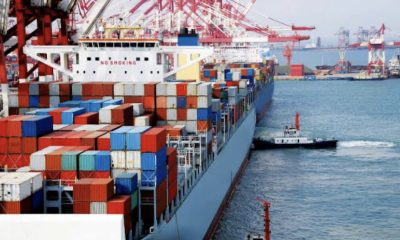