The Director stated that the amounts would be used to settle two hundred and forty seven (247) retiree officers of the Area councils and the LEA teachers.

Nden who said that the approval was meant for the payment of those who have submitted their documents and have been processed for payment up to April this year added that as of April to date the board has received only thirty one files that would be process.

He also explained that, “We recalled that at the last briefing I intimated of the fact that we are going to start an advanced payment system for retirees from our system.

So as of today, we only have thirty one files that have been send to us from May to date for total liability of one hundred and thirty eight millions which is outstanding”.

The Director further said the Board is sticking its plan that by September this year, the board intend to pay their pensioners three months before their retirement.

He noted that the ideas was to run away from the former system where people retired and stay for years before getting access to their benefits.

Mr Nden also disclosed that by the year 2020 the Board has the vision of paying six months about to retirement year.

The CEO of the board further said they also got the approval of tender board from the FCT Administration which means that all the files of pensioners that have been paid through their system will be converted to e-files adding that all the old files would be sent to FCT Archives for storage.

Speaking further, he said going forward they will have the software for any files or documents coming to FCT Area councils Pension Board.

He said such files or documents must be converted to an E-environment for easy work flow.

Nden also stated that another approval the board has gotten form the FCT administration was for consultancy for insfrastructure and ICT deployment which he said was in favor of files consultant and the consultant are to help them with system for accounting, auditing, pension administration and other services within the pension system.

“Another Consultant that had been approved also by the administration is the Actuarial Variations which is in favor of AD Sani. It will be responsible for upgrading our actuarial variations for pension management so that those who have complains of low payment of benefits before will be attending to”, he added.

“Those that will benefit from this consultancy service will have better pay out because we are going to factor increases that have been mandated by the Salary Income and Wages Commission which require that every five years we increase pension. These are some of the approval we have gotten”, said the Director.

He also hinted that from now on-ward the FCT Area councils Pension Board will be a reference point to other systems and expected that they work hard to meet up to the expectations of the pension retirement system.

He then enjoined the retirees to be little patient and allow the account people do the necessary processing of the voucher and also allow it go through auditing before payment commences. 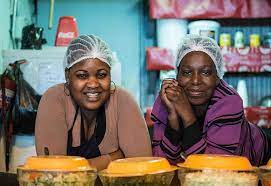 The Project Lead of the group, Ms Divine Dominion, stated this in Abuja at the end of the 2022 Female and More Summit.

The summit was tagged: ‘Helping young women across Africa build a healthy self-esteem and develop leadership skills so they can pursue greatness and reach their full potential. ’

Dominion said the group was able to achieve its remarkable impact in 2022 through smart work and dedication towards empowering young females.

“In our 2022 Social Impact Fellowship, we had 500 women registered with over 100 projects ideas and they were able to implement about 70 projects across Africa.

“Also in reviewing our smart work school outreach program going on in secondary schools across the country, we were able to mentor 2000 girls on self-esteem.

“We have 68 schools currently under our mentorship program, 66 in Nigeria and 2 in Rwanda and we have distributed not less than 660 mentorship handbooks across 28 states in Nigeria.

“We have also been able to mentor about 320 young female inmates on self-esteem and how to pursue greatness after they exit prisons.

“The mission is to empower young women to build their self-esteem, voice and leadership agency in order to reach their full potentials and actively participate in development processes,” she said.

Dominion said the organisation would continue to work to ensure that all girls and young women were self-aware, empowered, and successful in all social spaces in Africa. In commemoration of the International Day of Persons with Disabilities (IPWDs), the Minister of Humanitarian Affairs, Disaster Management and Social Development, Hajia Sadiya Umar Farouq, has said that it needs more support and collaboration of stakeholders in order to achieve its mandate of catering for persons with disabilities (PWDs).

Speaking Monday in Abuja, at a conference organized by the ministry to commemorate the day, Farouq, who was represented by the national coordinator of the National Social Investment Programme (NSIP), Dr Umar Bindir, said that the Federal Government will continue to be disability sensitive, to enable them live a fulfilled live and make meaningful contribution to societal growth and development, in line with the implementation of the 2030 Development Agenda.

She said it is only when people are empowered, involved and included that they can better be prepared to take advantage of opportunities, “they become agents of change and are more available to embrace their civic responsibilities.

She said: “Nigeria as a Member Nation of the UN joins the comity of nations to mark this day in line with the United Nations General Assembly Resolution 47/3 of October 14th, 1992 which proclaimed 3rd December of every year as “International Day of Persons with Disabilities”.  This is to achieve the aims of awakening the consciousness of all Member States towards encouraging and promoting activities that will bring issues of disability in the front burner in both national and international circles, as well as celebrating Persons with Disabilities.

“The annual observance of the Day aims at promoting an understanding of disability issues and mobilizing supports for the dignity, rights and well-being of persons with disabilities, as well as serving as a wake-up call to all stakeholders on the needs of persons with disabilities, in order to intensify efforts towards improving their situations. As a country, we have been celebrating this Day since 1994.

“It is pertinent to note that following Mr. President’s assent to the Discrimination Against Persons with Disabilities (Prohibition) Act, a lot has changed regarding issues of disability in the country. These have helped in no small measure in promoting the participation of Persons with Disabilities in all aspects of life and their aspiring to leadership and decision making positions.

“It is worthy of note equally that a lot of states have equally followed suite to domesticate the Act into laws in their various states. Recently, Abia, Edo and Kano states passed their own laws. However, a lot still need to be done towards the effective implementation of the provisions of the Act, especially in the areas of accessibility, advocacy and sensitization among others.

“The Federal Ministry of Humanitarian Affairs, Disaster Management and Social Development recognizes that we as Government cannot achieve these alone, hence the collaboration with various stakeholders and partners. It is on this note that we appreciate all our stakeholders and partners, for their usual cooperation and support to the Ministry. We will continue to count on you for more reliable collaboration towards achieving our common goal.

“The Federal Government will continue to be disability sensitive in supporting and providing a conducive environment towards promoting the participation of Persons with Disabilities and their leadership for the realization of their potentials, to enable them live a fulfilled live and make meaningful contribution to societal growth and development. This will be in line with the implementation of the 2030 Development Agenda. It is only when people are empowered, involved and included that they can better be prepared to take advantage of opportunities: they become agents of change and are more available to embrace their civic responsibilities.”

Also speaking, the Permanent Secretary of the Ministry Dr. Nasir Sani Gwarzo, who was represented by the director of humanitarian affairs, Alhaji Ali Grema, said the objectives of the Conference was to provide a platform to show-case the achievements of the Ministry in the area of disability, celebrate millions of persons with disabilities in Nigeria and world over as well  as to provide an avenue for an interactive session with the media. 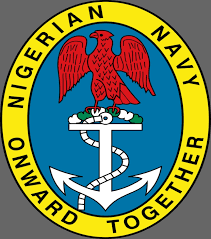 The Nigerian Navy (NN) Monday said it is still investigating the effect of gunshot and the allegation on personnel over alleged attack and killing of a police officer in Lagos.

He  said the incident was unfortunate as far as the Nigerian Navy is concerned.

He added that the incident reported was contrary to his findings, saying: “I gathered that two rating Navy personnel arrested and detained at Agboju Police Station over the alleged incidence, were on bike while the policemen who were also on bike blocked the road and they are about eight. In the process, the policemen on bike including the area boys attacked the Naval officer.
“One of the policemen produced a gun and shot and everybody scampered for safety.

“However, preliminary investigation is ongoing to ascertain the effect of the gunshot and the alleged personnel involved,” he said.

It was also learnt that the incident happened Saturday where the police anti-robbery team were performing official assignment  around Satellite town.