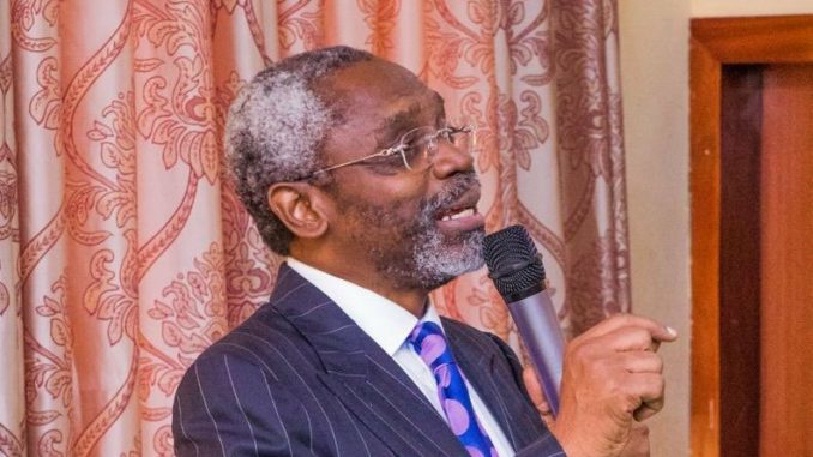 The Executive and the legislative arms of government are working to ensure the improved living condition of Internally Displaced Persons (IDPs) in the country.

Speaker of the House of Representatives Rt. Hon. Femi Gbajabiamila, who disclosed this on recently during a visit to Maiduguri to assess the conditions of the IDPs, said the Federal Government was more than committed to ensure that all IDPs were reunited with their families.

Gbajabiamila said as the Speaker of the House, President Muhammadu Buhari was aware of his visit to Maiduguri and that as a government, they would work together to see an end to the issue.

“If you see me if you see the House, then you see the President of the Federal Republic of Nigeria. I want you to take it away. I stand here as the Speaker of the House, but we’re one government.

The president is aware that I’m here. We’re one government, and we speak with one voice. Whatever is comes under my voice, is coming from Mr. President.

“We will work together as one government. We have come with principal officers of the House. That tells you the importance that we attach to this assignment, including the Minority Leader and opposition leader of the House, Ndudi Elumelu, is here. That tells you that the issue of IDPs, the issue of terrorism is not an APC thing, it is a joint task between all parties, and Insha Allah (by the grace of God) this will become a thing of the past.

“To all the internally displaced persons, all I can say to you is to keep hope alive, that government is here to support you, the government will do whatever it needs to do to make sure that whatever you’re going through now in a very not-too-distant future will be a thing of the past,” he said.

“We have brought our little token of support, which is two trucks of rice, that is 1,200 bags of rice‎,” the Speaker said, adding that “It’s not even near enough, but they say little drops of water makes an ocean.”

“We will continue to provide whatever we can provide to support you, most importantly, legislation. I want to thank you again for receiving us,” Gbajabiamila added.

The Speaker, who expressed displeasure over the condition at the IDPs’ camp, said: “Hajj camps and even refugee camps are meant to be a stop-gap measure, not a permanent sight as it may fast be approaching here.

“It is our responsibility as a government to make sure that the almost 32,000 that inhabit this camp are gradually reduced and resettled back to their families and their homes in a not-too-distant future. We are here to give encouragement on the little succour we can as government and to see what we can do using the instrumentality of the law to address issues that concern internally displaced persons.

“I believe that not just before the eyes of God, but even in law all men are created equal, and there is equality before the law. The way we will treat ourselves, our families, our friends and those in our homes is the same way we should treat those who by misfortune or fate or by the situation of their lives find themselves internally displaced. The internally displaced should not and must not at any point in any country become a permanent part of our lexicon.

“If that does not meet required standards in any developing or developed nation, then as a National Assembly, and as a government, we must deal with that situation.

“It doesn’t take a rocket scientist to know that there is a direct nexus between education and what’s going on in Borno State today. God forbid, while we seek to settle people in camps, who are otherwise victims of Boko Haram, they, because of the condition and the lack of education, end up becoming exactly what we’re trying to avoid them from becoming.

In his remark, Borno State Governor Prof Babagana Umara Zulum thanked the Speaker for the visit and the magnanimity shown in donating the rice to the IDPs.

“I wish to express my profound appreciation to the Speaker and his entourage for the contribution they have made to the people of Borno State and indeed to the displaced communities of Borno State. What matters is not the quantum of what you have donated but the spirit behind it.