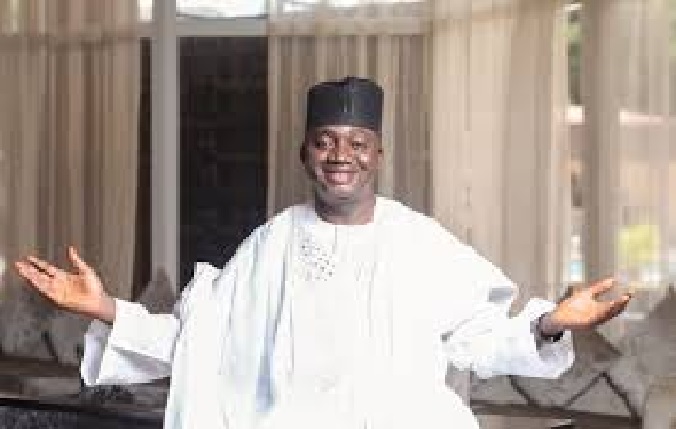 A businessman Alhaji Shuaibu Adah Mohammed Tettes has picked the nomination and expression of interest form of the People’s Democratic Party (PDP), promising to readjust the state to make it one of the leading states in Nigeria in terms of viability.

Tettes as he is popularly called made this pledge when he picked his nomination and expression of interest form of the People’s Democratic Party (PDP) at the party’s national secretariat in Abuja.

He said he has join the race because he could no longer seat on the sideline while his people suffered and that as a man who has a long career working in the private sector and getting things done, he considered himself the best man for the job.

He said, “that I have had to address pressmen and other participants I always make it very clear that the challenges of Kogi state is leadership, over the years Kogi state has not been lucky to have a leader that is well connected to the grassroot.

A leader in bringing the dividend of democracy to the people of Kogi state, a leader that delivers happiness. A leader that can empower our women. All these are lacking. In the last three years it has become obvious that there is little or no hope that we can get any of these things. So as somebody from the state, somebody that grew up in the state, somebody that has traversed the entire state. I feel pained that this must not continue.

“I feel pained that there must be a change. And so I convened what I call rebuild Kogi 2019. That is exactly what has brought me here today, because I am going to rebuild Kogi state under the platform of a great party, the greatest party in Africa. The People’s Democratic Party, (PDP). I know and I believe that the task ahead is enormous. It is a task that requires a collective commitment of the entire people of Kogi state. it is a task that we must join hands to deliver results. So I am not coming to say that I am going for a tea party. I am going with full understanding of the weight of the situation on ground and I know I have what it takes to deliver Kogi state from complete ruin.

“Kogi state is collapsing. I will not seat by to allow it collapse . I am a rescuer and I am going to rescue Kogi from total ruin. I have the courage, motivation and vision. I will make it one of the top ten state in Nigeria. I have studied its viability and I know we have enormous resources, from tourism to agriculture to tourism. I have a document that enunciates the how, and the timing.

I have the experience I have worked with a leading multinational corporation, Heineken international and at certain point in my career I was head of operations. Operations are all about getting things done. The gap we have even in the leadership of the country is not about idea or strategies but about getting things done. Its about how to implement the strategies to bring results, he added.

Speaking on his fate in the credibility of the party’s primary, he said that he believed that the PDP is now the party to beat after it has rebranded itself and that the top echelon of the party have assure all aspirants of their commitment to the integrity and fairness of process.

He said “Me and my team have met the national organizing secretary of the party and he assured me that the process is going to be transparent, he spoke with passion and I believe him. He has great love for this country and for our great party. He told me how rebranded this party has become, with that level of assurance I want to believe the process will be transparent.