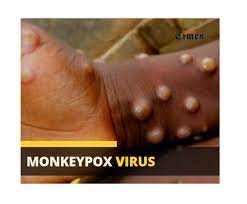 Residents of Abakaliki have called on the Ebonyi Government to embark on intensive enlightrnment campaign on the causes, prevention and cure for Monkeypox.
A cross-section of the people said that the campaign had become necessary in order to contain the outbreak of the disease in the state.
They spoke in separate interviews with the Newsmen in Abakaliki on Tuesday.
They urged the government to take the campaign to the rural communities, markets and public places.

A civil servant, Mr Dennis Essong, said that enlightenment campaign would go a long way toward achieving early detection and prevention of the disease.

A trader at the International Market, Abakaliki, Mr Paul Ude, also spoke of the need to take the campaign to every nook and cranny of the state.
Ude said: “It is difficult to control large crowds in markets and public events.
“There is need for the sensitisation in markets, parks and other public places for people to take precaution against contracting the disease. ”
A parent, Mrs Ginika Odoh, advised families, hospitals and offices to support the campaign on preventive measures.
Odoh further urged the State Government to strengthen public health institutions and ensure adequate surveillance to forestall an outbreak of the disease.
“God will help us to do the right thing and to keep ourselves and environment clean.
“People feel less concerned and sometimes careless about their health.
“This is the time to exhibit high hygiene,” Odoh said.
Newsmen recall that the Commissioner for Health, Dr Daniel Umezuruike, had on Monday confirmed one case and 32 suspected others in the state.
He listed the symptoms of the disease to include fever, headache, general body pain, lymphadenopathy (swelling of the lymph node), sore throat, rash (appearing from one to three days after fever), amongst others.
According to him, the rash often begins on the face and later spreads to the limbs, trunks, genitelia, palms and soles and intense asthenia (lack of energy).
“Monkeypox is self-limiting, meaning that patients tend to recover on their own over time.
“However, supportive care and management of condition is required and mostly successful,” Umezuruike said.
He urged residents to remain calm and go about their normal businesses.
He also advised the people to ensure strict adherence to public health measures.
“Avoid self-medication and report any suspected case to the nearest health facility.
“Treatment is free and is being supported by the state,” the commissioner said. (NAN)
See also  Tinubu meets with APC NWC, ahead of Campaign
Related Topics:CampaignEbonyimonkeypox
Up Next 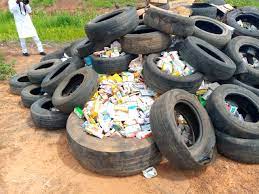