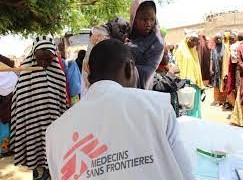 Alhaji Aminu Abubakar, the Director-General of the association, made this known in an interview with the NewsMen on Monday.

He said that of the figure, 350 patients were treated for eye diseases, adding that while some were operated on, others were given eye glasses and drugs.

“The treatments were conducted during   our medical outreaches across the 20 local government areas of the state,’’ he said.

He added that the eye treatment was conducted in collaboration with a Saudi Arabian Makkah eye hospital based in the Bauchi.

Abubakar said the NGO also conducted a two-week campaign to sensitise the people to the importance of sleeping inside mosquito nets to prevent malaria.

“We visited no fewer than 60 selected village markets during the sensitisation campaign,’’ he said.

Abubakar said that during the period, the group trained no fewer than 700 youth on different vocational skills, including leather work, carpentry, tailoring, bead making and construction of aluminum doors and windows.

“This  is part of our economic empowerment drive towards job creation and poverty alleviation,’’ he added.

The director-general also said that the NGO distributed food stuffs across some selected rural communities as part of its humanitarian services to the people.

According to him, the initiative is not aimed at promoting the political ambition of a particular aspirant or political party as our group has no connection with any political group.

MAHEMA has been working with some international donor agencies like UNICEF and Centre for Emergency Diseases Control (CEDIA) in providing humanitarian services. 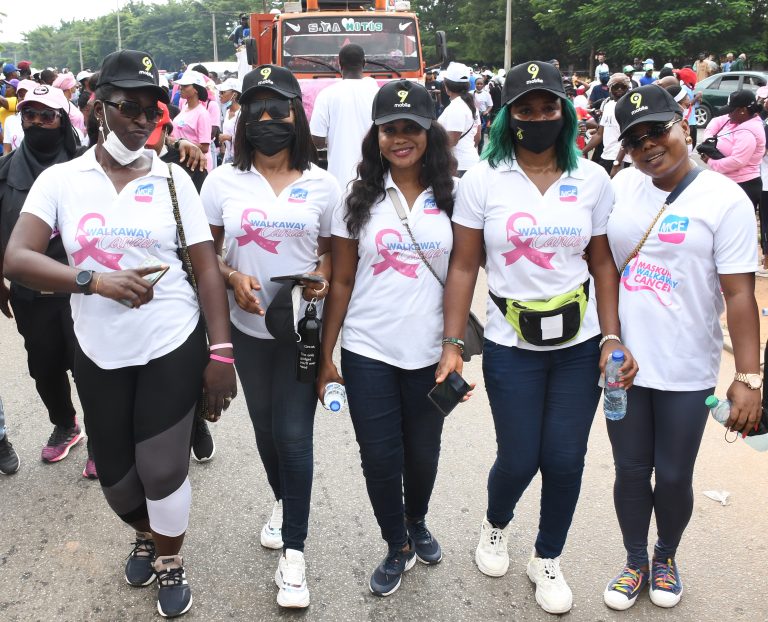 In line with its commitment to supporting initiatives that promote health, one of Nigeria’s telecom giant, 9mobile, has  partnered  MEDICAID foundation on a 6km walk against cancer.

The walk, with theme as  “Walk Away Cancer”,  was put together to create awareness on the devastating effect of cancer and drum up support for the fight against the disease.

The event, which  took place in the central business district of Abuja, was also to highlight the role of early detection in saving lives, a statement on Wednesday said.

Speaking on the initiative, the convener, Dr Zainab Bagudu , who is the Chief Executive Officer of MEDICAID,  stated that the walk was put together as a gesture of support for those suffering from cancer.

Bagudu, who is the wife of the Governor of Kebbi, said: “The walk is also to create awareness about the disease.

“On the need for people to be  conscious of it and know how to be able to prevent and manage the disease.

“As an organisation, we have taken it upon ourselves to constantly show solidarity and encourage those affected to keep hope alive.

“Suffering from cancer is not the end of the world. And for everyone out there, we are saying that early detection goes a long way in saving lives,’’ she said.

According to her,  self-awareness plays an important role in helping to prevent and manage the disease.

“It is true that there is no sure way to prevent every cancer.

“However, it has been estimated that more than 40 per cent of cancer deaths could be prevented if people knew what to do to reduce the chances.

“For example, avoiding tobacco, eating a healthy diet, exercising, avoid or limit alcohol intake. All of these come from self-awareness,” she said.

Commenting on the initiative, the Executive Director of Regulatory and Corporate Affairs, 9mobile, Abdulrahman Ado, who was represented at the occasion by the PR Lead, 9mobile, Chineze Amanfo, reiterated the company’s commitment to promoting the health of Nigerians.

“9mobile is proud to be associated with the ‘Walk Away Cancer’ initiative, championed by MEDICAID Foundation towards sensitizing and supporting people suffering from the disease.

“Health is one of the CSR pillars of 9mobile and as such we are always willing to collaborate with individuals and organisation on initiatives that promotes health.”

Also, Gov. Abubakar Bagudu of Kebbi, urged the management of MEDICAID to continue to sustain the tempo.

He said: “I know this innovative and laudable initiative is already 13 years and still counting.

“ I believe a lot more can still be done in sensitising people about the devastating effect of cancer in society.

“So, I am calling on other organisations as well as individuals to join in the fight against cancer,’’ he said. (NAN)

COVID-19: Ihekweazu’s Performance During Pandemic Led to his Appointment – UN 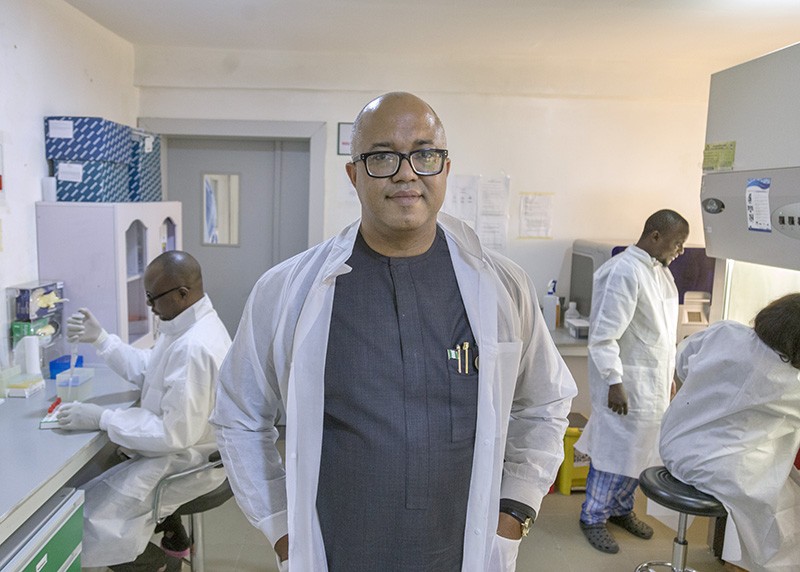 The United Nation (UN) office in Nigeria, says that the exemplary leadership demonstrated by the Director General, Nigeria Centre for Disease Control (NCDC), Dr. Chikwe Ihekweazu, earned him the post of Assistant Director General of the Health Emergency Intelligence at the World Health Organisation (WHO).

Ihekweazu, who assumes duties at the WHO on November 1, 2021, steered Nigeria to a successful response to the enraging COVID-19 pandemic.

Dr. Erasmus Morah, of the UN system in Nigeria, said on Monday in Abuja, said Ihekweazu’s sterling performance has now been recognized not only in Africa but globally.

He was  speaking at an event to reflect on the NCDC’s transformation journey and the collaborative efforts that have contributed to the journey in the country.

In the last five years, NCDC has worked to implement this plan and developed a strong National Public Health Institute (NPHI) for Nigeria.

Morah said that the partnership between the UN Development System in Nigeria and the NCDC had shown that working together, there is almost nothing insurmountable.

“It is one of the critical factors for Ihekweazu’s appointment to the WHO. Achieving global and national health security has increasingly become complex especially as people get more interconnected and interdependent with people, goods and services,” he said.

The WHO Representative for Nigeria, Dr Walter Kazadi Mulombo, said that the ongoing COVID-19 pandemic has revealed the need for countries to remain fully prepared to prevent and quickly contain such pandemics.

“COVID-19 has continued to be transmitted across countries,” he added.

According to Mulombo, Nigeria and many countries across the region appeared to have escaped the worst predicted catastrophe so far .

He noted that the NCDC played a critical role of putting into action a fully working government response and robust outbreak containment measures which helped to avert the catastrophe in the country.

He thanked the outgoing Director General for the cordial relationship that existed between the NCDC and the WHO under his leadership.

He, however, urged the incoming Director General to build on the NCDC five years legacy and put up an agenda for the next level efforts toward critical health security intervention, mainstreaming into the health delivery system that must be accelerated, efforts towards domestic funding and investment to advance the National Health security agenda and the global health security. (NAN) 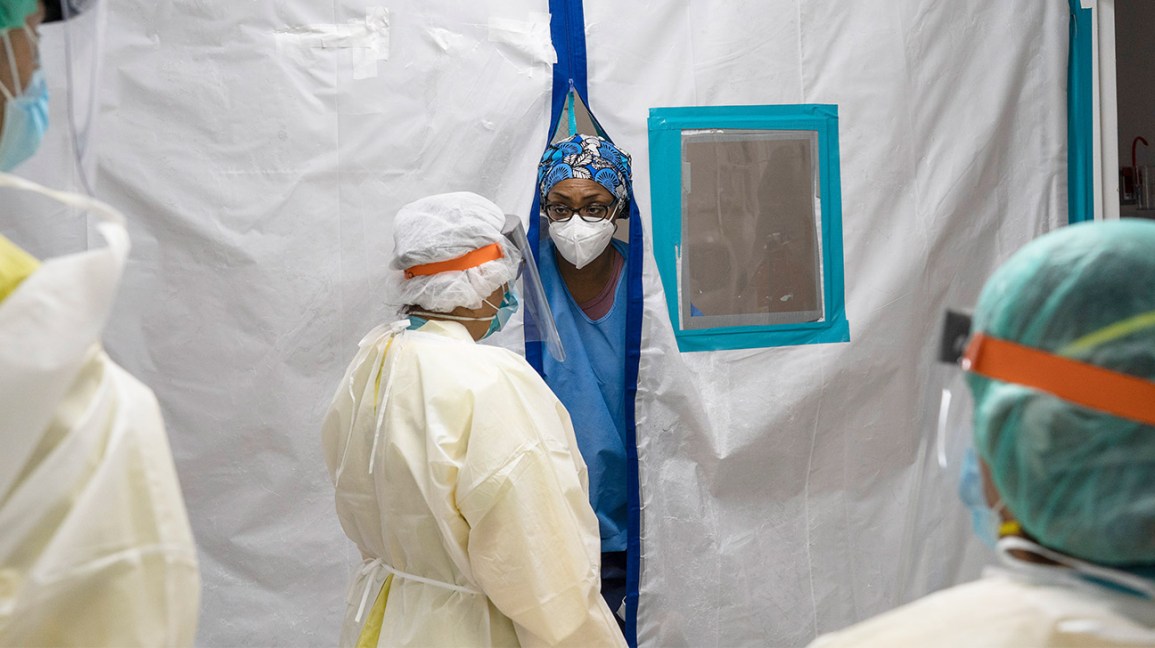 The commissioner also said that the state had conducted 783,404 valid COVID-19 sample tests since the inception of the pandemic.

Abayomi made the disclosure on Monday through his Facebook account @Profakinolaabayomi, while giving the state’s COVID-19 update for Oct. 15.

The commissioner said that 73 per cent of the tests were conducted by accredited private COVID-19 laboratories, while 27 per cent were done by government owned laboratories.

According to him, the state recorded 24 new COVID-19 infections on the reported day, increasing the number of confirmed cases in the state to 77,377.

Abayomi said that 5,192 COVID-19 patients who had been successfully treated and recovered had been discharged from the state’s public and private care centres.

According to him, the state recorded 213 to 901 average daily infections between November and December, 2020, at the height of the second wave of the pandemic.

Abayomi noted that the bed occupancy rate had further declined to 10 per cent at the state’s public and private care centres.

He said that the 11 activated care centres had 570 bed capacity, while 514 beds are available.

According to him, the average case positivity rate currently stood at 9.8 per cent, while its fatality rate is 0.85 per cent. (NAN)