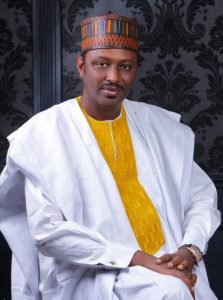 Kangiwa said this in a statement by Ahmed Sule, Director, Media and Public Relations, NIHOTOUR, on Saturday in Abuja, describing the deceased as a committed and hardworking professional in the industry.
He extolled the deceased’s virtues, saying his death was a great loss to the Nigerian travel tourism and hospitality industry.
According to him, Rabo’s expertise and great contributions to the industry would be greatly missed.

He said the FTAN president was a pillar in the industry, who ensured that quality service delivery was not compromised.

While he prayed for the repose of the soul of the deceased, he added that he did all he could to take the industry to greater heights.

He prayed the Almighty Allah to grant his family, the Nigerian travel tourism community, friends and associates the courage and fortitude to bear the loss.

Rabo died at his residence in Abuja on Friday and was buried the same day according to Islamic rites.

NAN also reports that the deceased was the National President of FTAN and member, Board of Directors of the Hospitality and Tourism Sector Skills Council of Nigeria (HTSSCN).

READ  2023 Election: Why I Want to be President – Nwankwo

He was also former Vice President of the National Association of Nigeria Travel Agencies (NANTA) between 2012 and 2016. (NAN)

How Can You Hide a Love Child? 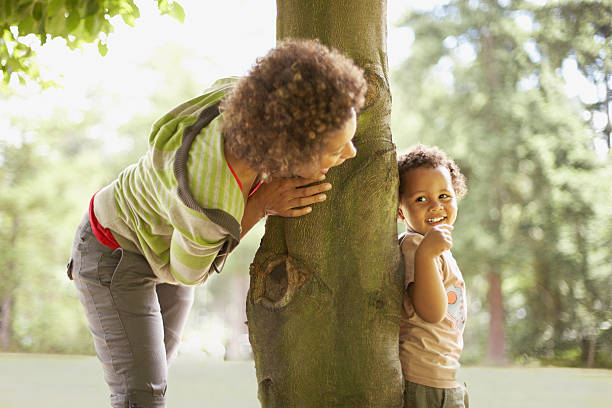 Bukky was busy giving the big bedroom a long-overdue clean. She was running the vacuum cleaner over her husband’s side of the bed when the flex caught the corner of a partially opened drawer.

It had been loose for months and Mati, her husband, hadn’t come round to fixing it yet.   As she crouched to free the flex, something shoved amongst the odds-and-ends in the drawer caught her eye.

A long brown envelope of the type of school reports came in.   Whose report could this be?   She opened the envelope and saw the surname was her husband’s, but the first name was none of their five children.

She went on: “I slumped on the bed and stared at the piece of paper.   Suddenly, realization dawned – Mati had another child!   In spite of the fact that I’d ignored one or two of his indiscretions, the result of my husband’s affairs now stared me in the face.

The report was from a private secondary school.   The child, a girl, now in her teens, had been born just after we had our second child!   Way back when I thought we couldn’t be happier.

Bastard!   Did he still see the mother?   Is this the only child from her?   Heaven knew how many other women were holding on to his children!

Suddenly, everything about my marriage I’d held dear looked like a sham. “I wanted to get to him, to demand answers.   But he was away at a family do.   As soon as he came in, I threw the school report in his face.

“Apart from the report, there were other incriminating documents in the drawer and he had no choice but to confess.   The mother of the child was a professional with her own financial means, he told me.

They had had a relationship and she wanted the child.   She’d promised she wouldn’t be any trouble to my family and had kept her words.   Most of the financial expenses of raising the child had been borne by her.

As he made his excuse, it seemed as if he was bragging that he was proud to have fathered the child of a rich woman desperate to have her own child!

“I don’t know what hurt more – discovering my husband’s bastard child or his keeping in touch with mother and child, been supportive father to their daughter – and keeping the sordid secret from me.   Part of me wanted to confront this woman – but Mati refused to tell me where she lived because he said he was scared of what I’d do if I saw her.

“Not knowing more shock was in store for me, I called the three eldest children and solemnly told them what I’d just discovered.   They didn’t look surprised.

On the contrary, they looked quite relieved, as if a huge burden had been lifted from their shoulders. My first daughter said they’d known about this girl all along. Their dad had told them and had sworn them to secrecy.

How dared he involve my children in this stupid charade?   I was furious that my children could even agree to such a deception.   Were they actually happy they had a half-sister?

“Days later, my daughter, an undergraduate, came to have a word with me. I was sure it was at the insistence of Mati.   Their father wasn’t a coward, she pleaded, rather he wanted to spare my feeling.

You can always regret an affair, but could you really wish away a child?   All I know is that I’m still hurting.   There is nothing as depressing as knowing that whilst your husband is lovingly trying to make a baby with you, he is doing the same thing with another woman behind your back!”

As bitter as Bukky was, I made her realise that once a secret was out in the open, you do your utmost to live with it.   Cases like hers abound and, short of snuffing the life out of her step-daughter, she had to acknowledge her existence just like her children had “Step-daughter?”, she shrieked, “you do take your liberal attitude a bit too far at times.

As for my children, I just prayed nothing like this happens to them in future.   It is then they’ll feel my pain”.   What pain was there to feel?   This poor girl’s mother is loaded.   All she wanted was for the father of her daughter to acknowledge her existence.

What if the mother had been one of these scheming gold diggers who deliberately go after well-heeled men so their children would have a slice of the pie when such men croak?   I asked Bukky to put herself in the position of a step-daughter who will forever be on the outside looking in.

“And it is that outside she’ll be”, she spat.   “Let both mother and child stay in their corner, I’ll stay in mine …” Beware of what you wish for   (Humour) The door opened and a huge 6’5″ man walked into the restaurant and up to the bar.

He was almost as wide as he was tall with a neck the size of a tree trunk – but he had a tiny head.   The barman was unable to hide his curiosity and addressed the stranger. “Look, I’m sorry about this but I have to ask.

You’re such a big man, yet you have such a tiny head.   How come?   The man shook his head in dismay.

“You’ll never believe this,” he replied.

“I was walking along the beach last Sunday and I found a magic lamp.”   “Why, what happened”? asked the barman.   “Well, I rubbed the lamp and this beautiful genie appeared.

She asked me what I wanted and I said I’d like us to have a shag.   Well, you would, wouldn’t you?” said the big man confidently.

“Yeah, yeah,” gasped the barman, “so what happened then?” “She said genies didn’t shag so was there anything else, and I said, okay then, how about a little head?” 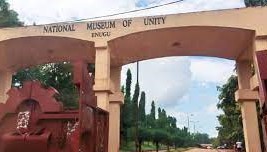 The National Museum of Unity, Enugu, says it will no longer hold the proposed activities to mark 2021 International Museum Day on May 18.

The Curator, Mr John Kachikwu, said this on Sunday in Enugu that the activities will be put on hold due to a directive from the Presidential Task Force (PTF) on COVID-19 limiting the number of persons in a gathering.“ We do not want to flout the PTF directive that limits the number of persons in a gathering to 50.“So we are shifting the event to a new date which will be communicated later. 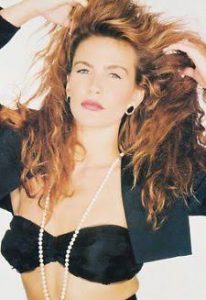 Kitaen — whose real first name was Julie — died on Friday at home in Newport Beach, according to a release from the Orange County Coroner’s Office.

The cause of her death was  not yet revealed.

In 1984, she co-starred in an early Tom Hanks comedy, “Bachelor Party.

She then appeared in music videos for heavy metal bands Ratt and Whitesnake, including in “Back for More” and “Is This Love.”

She appeared on TV shows like “The New WKRP in Cincinnati,” “Hercules: The Legendary Journeys” and reality shows such as “Celebrity Rehab with Dr Drew” and “Botched.”