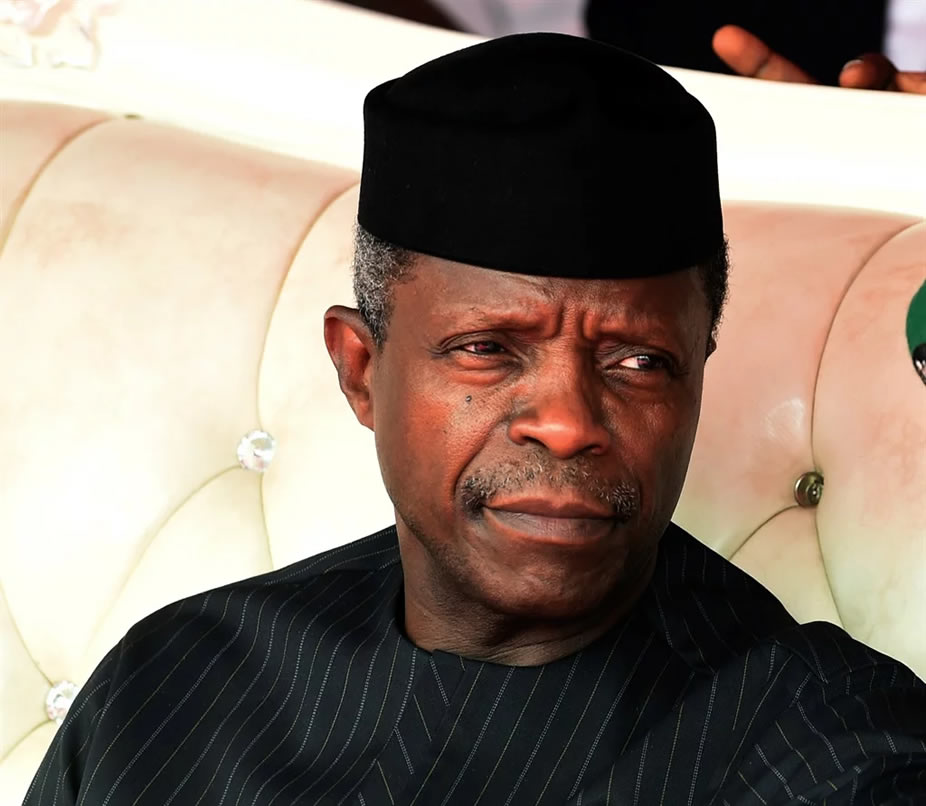 There is an indication that the Ooni of Ife, Oba Adeyeye Ogunwusi II, may have been summoned by the presidency on Friday after he had met with President Muhammadu Buhari a day earlier, and granted an interview which was widely published in the media, condemning the havoc being perpetrated by some miscreants disguising as fulani herdsmen in the southern part of the country.

The royal father’s visit to the Presidential Villa just a day after he met with the President indicated that all was not well as some people had criticised his “drums of war” comment.

The Ooni who arrived at Osinbajo’s office at about 1:35pm, went straight into the office of the Vice President.

The meeting is the second in two days, which may not be unconnected with his earlier comments over growing insecurity in Nigeria

It was not immediately clear why he had to meet with the Vice President, but the traditional ruler had on Thursday, after a closed door meeting with President Muhammadu Buhari told journalists that “the drums of war were sounding across the nation.

Although the closed door meeting with the Vice President lasted for about one hour, the traditional ruler declined comments on reason for the visit.

There were, however, insinuations that he may have been summoned over the statements credited to him in the media as he simply smiled and waved at State House Correspondents who had wanted to know his mission.

Unlike the Thursday visit which took him to the President, the revered traditional ruler only stopped at the Vice President’s wing.

The Ooni had while speaking with State House correspondents on Thursday, after meeting Buhari, said that the drums of war were sounding loud across the country.

The royal father also warned politicians in the country not to encourage anarchy by blowing issues out of proportion.

“Everybody is beating the drums of war, we don’t want war, who can stand war, we want something better for our youths.

“We should better use them for something good other than shouting war and anarchy. We don’t want that.

“We told the President that he is on the same page with us. Politicians should be careful not to blow things out of proportion.

“We should make sure things are right and the President has given good directives to security chiefs including the IG to visit  all traditional institutions in the south west.” he said.

Oba Ogunlusi II pointed out that everything must be done to put all security agencies to good use as well as work with the locals to separate the bad eggs.

His words: “We shouldn’t keep over hyping war and we still want to keep the peace in the south west. We don’t want anarchy.” he said.

The Ooni had also asked the President to fish out the perpetrators of the various crimes, including kidnapping, armed robbery and other forms of attacks going on across the country.