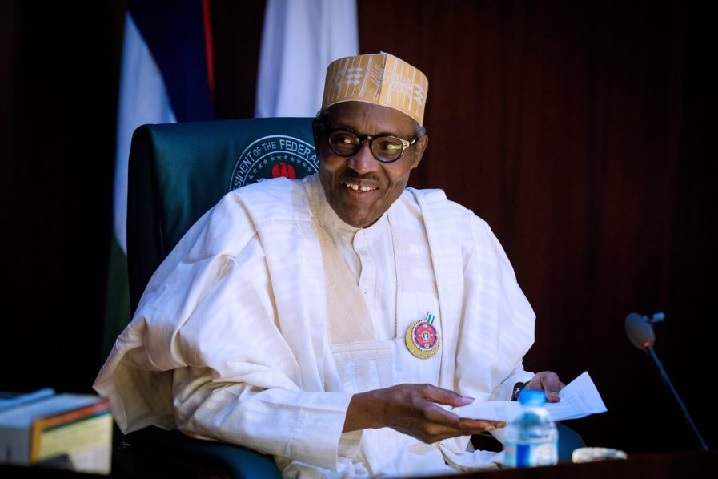 President Muhammadu Buhari’s last week engagements included a two-day working visit to Ebonyi where he inaugurated developmental projects and also announced ‘bonanza’ for the people and government of the state.

The president’s bonanza to the people included the taking over  of the management of the State University of Medical Sciences, Uburu, Ebonyi, as a Federal Medical University.

The president made the pronouncement at a state dinner in his honour on May 6 in Abakaliki, in line with an initial request by Gov. Dave Umahi of Ebonyi to this effect.

The university is located in Ohaozara Local Government Area of the state.

The president told the people that the process for the change of ownership of the university was on and ‘‘will be concluded soon”.

On the request by the state governor to buy airport equipment valued at N10 billion, the president promised to find out the position of the Ministry of Aviation regarding that.

The president was also hosted to State Dinner by the Ebonyi State Government, on Thursday night.

Buhari, who expressed satisfaction with Umahi’s performance, said he was not surprised at the high quality of the projects, describing Umahi, a two-time governor, as an engineer of repute.

He concluded his visit to the state with a closed-door meeting with South East leaders in Abakaliki where he insisted that the leader of the proscribed Indigenous People of Biafra (IPOB), Nnamdi Kanu, must defend himself in court.

NAN reports that South East traditional, religious and political leaders made the appeal during the Town Hall meeting with Buhari in Abakaliki on Friday.

President Buhari had earlier assured Nigerians, in his Sallah message on May 1, that the battle waged against terrorists, who ”falsely masquerade under the name of Islam is approaching its conclusion and victory is within sight”.

The President sent his best wishes to Muslims celebrating the occasion in Nigeria and across the world.

On May 2, the president joined other Muslim faithful at the parade ground of the Mambila Barracks, Abuja, to perform the Eid-el-Fitr prayer.

On the same day, Buhari commiserated with families of those who died, sustained injuries, and were affected in the building collapse at Ebute Metta area of Lagos State.

Buhari saluted the courage and determination of the first responders, national and sub-national emergency agencies in Lagos State and compassionate Nigerians.

Similarly, President Buhari met behind closed-door with former Lagos State Governor, Bola Tinubu, at the Presidential Villa, Abuja, on May 3.

See also  North-Central: Insecurity Abates in Some States, Persists in Others

The agenda of the meeting with the APC national leader could, however, not be ascertained as at the time of this report.

Tinubu had picked the ruling APC presidential nomination and expression of interest forms at its national secretariat in Abuja.

The president received the Secretary-General of the United Nations, Antonio Gutteres, on Wednesday, where the two leaders engaged in talks bordering on war against terrorism, food security and other international issues.

The UN boss, who arrived in Nigeria on a two-day visit , was in Maiduguri, Borno, where he interacted with victims and repentant Islamist militants on Tuesday.

Gutteres, who spoke to State House correspondents after the closed-door meeting, disclosed that the organisation would be mobilising an additional 321 million Dollars in support of Nigeria’s efforts to combat terrorist activities in the North East.

He expressed the hope that the amount would also assist in addressing humanitarian crisis in the affected region.

The deceased soldiers were beheaded after being shot by the terrorists on Saturday as confirmed by the Nigerian Army.

Their corpses were inhumanely treated and gleefully posted on social media platforms.

The Presidency also welcomed the decision by the United Kingdom to proscribe the IPOB as a terrorist group.

The President’s Senior Special Assistant on Media and Publicity, Malam Garba Shehu, made this position known in a statement on Friday in Abuja.

According to the media aide, the violent secessionist organisation has long been proscribed in Nigeria where it carries out the majority of its murderous activities.

Shehu urged the UK authorities to follow up with confiscation of assets of IPOB members, shut down their communication channels and sanction the issuance of visas to those funding IPOB in Nigeria.

Also on May 6, the president expressed grief as several people were feared dead after a boat capsized  in Mai’aduwa Local Government Area of Katsina State, adding that he was extremely pained by the incident.

The boat was carrying mostly children returning from Eid-el-Fitr celebrations.

The president concluded the week when he hosted former Governor of Zamfara,  Sen. Ahmed Yerima, on Friday at the State House, Abuja.

Yerima, who spoke to State House correspondents, said he informed the president of his presidential ambition in 2023.

According to him, he will be seeking the ticket of the ruling APC to enable him to contest the forthcoming 2023 presidential election.

Commenting on his plans to set things straight for Nigeria, Yerima said he would focus on three critical areas, insecurity, poverty and ignorance.

According to Yerima, if he gets elected as Nigeria’s president, he will improve on the efforts of the Buhari administration.

Journalists Demand Law on Regulation of Fatty Acids in Foods

See also  North-Central: Insecurity Abates in Some States, Persists in Others