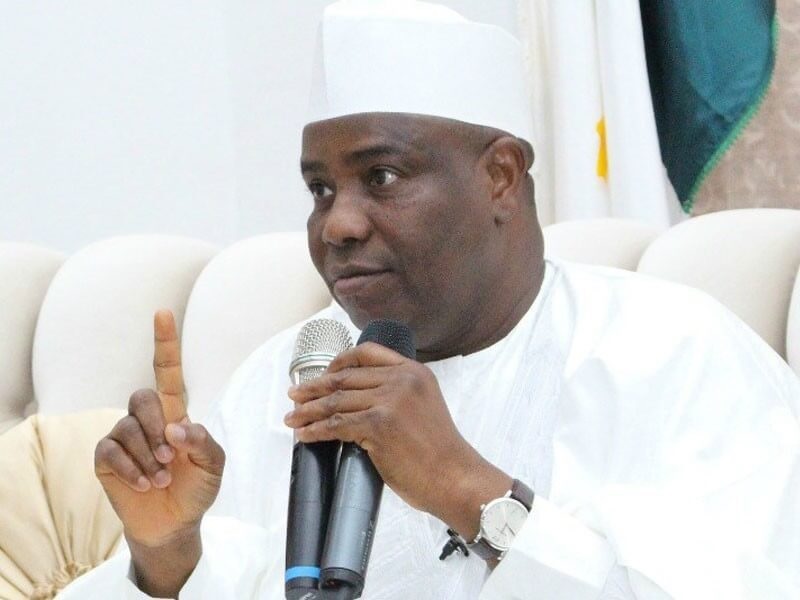 Gov. Aminu Tambuwal of Sokoto State has pledged enhanced welfare for corps members posted to the state and support for viable community development projects undertaken by them.

Tambuwal gave the pledge on Thursday 22nd August 2019 at the inauguration of the 2019 Batch ‘B’ Stream 2, corps members at the National Youth Service Corps (NYSC) Orientation Camp in Wamakko, Sokoto State.

The News Agency of Nigeria (NAN) reports that the governor was represented at the occasion by the Secretary to the State Government, Alhaji Sa’idu Umar.

He said that the scheme had over the years played a vital role in enhancing national integration, social, cultural and physical developments of Nigeria, urging the corps members to sustain the tempo.

Tambuwal urged the corps members to be in the vanguard of promoting national unity in line with the fundamental objectives of the scheme.

He advised them to imbibe discipline and promote tolerance and understanding among all Nigerians, in addition to becoming change agents that would solve the nation’s problems and challenges.

The governor further counseled the corps members to uphold good morals imbibed during their training, interact freely and initiate viable community projects that would improve the living conditions of people in their places of primary assignment.

The governor assured the corps members of the hospitality of their host communities, and urged them to initiate viable community projects.

He acknowledged the cordial relationship between Sokoto State Government and NYSC and commended the state NYSC management for its strides.

According to him, the state government will continue to do everything possible and within its available resources to support the scheme in the state.

Also speaking, the Chairman of NYSC Governing Board in the state, Alhaji Abubakar Ladan, called on corps members to demonstrate exemplary conducts during the orientation exercise and at their places of primary assignments.

Ladan urged the corps members to join forces with government in the fight against corruption, drug abuse and other social vices in the country.

He said corps members who distinguished themselves would receive awards from state government and Sultan Sa’ad Abubakar at the end of their one-year service, stressing that sanction also awaited any one of them found wanting.

The Coordinator of NYSC in the state, Mr Philip Enaberue, said 1, 064 corps members had been registered in the camp by midnight out of the 1, 500 posted to the state.

He said that the orientation exercise would entail routine activities and empowerment training to prepare the corps members for future challenges.

Enaberue said the exercise were in accordance with government’s intention to inculcate moral discipline and foster unity.

He commended Sokoto Government for the rehabilitation of the orientation camp and other logistic supports towards a successful orientation exercises in the state.

The Coordinator said some sections of the hostels was destroyed by wind storm at the beginning of the 2019 rainfall with the government promising to rehabilitate the affected structures.

He appealed to ministries, departments, agencies and private organisations in the state to give decent accommodations and warm reception to the corps members posted to them for the primary assignments. (NAN)