As the security agencies in Bayelsa stepup their activities to curb crime and criminality in the state, Operatives of the Anti Kidnapping unit of the Bayelsa state Police Command while acting on tip-off bursted a gun running gang at a brothel at Ayama in Southern Ijaw Local Government Area of the state.

In a press statement signed by the Force Public Relation Officer, SP Asinim Butswart and made available to journalists, said the command got the tip-off on 12th May 2022 at about 6pm.

According to the statement, the suspects one Seibo Dokubo ‘m’ 32 years, a native of Degema, Rivers State and one Boma Daniel ‘m’ 45 years a native of Patani, Delta State, wanted to procure AK-47 Riffles for Kidnap purposes before the arms of law catch-up with them.

The statement said, the suspects are cooperating with Police in it’s investigation and will be charge to court at the conclusion of the investigation.

Two Catholic Priests, serving at the St Patrick’s  Church  Gidan Maikambo, Kaur LGA, Katsina State were last night whisked away by some yet to be identified gunmen.

Director of Social Communications, Catholic Diocese  of Sokoto, Rev Fr  Christopher Omotosho  in a statement said the gunmen  broke into the residence of the Priests at midnight of May 25 and forcefully took away the Parish Priest and his Assistant, Rev.

Two other boys in the residence were also kidnapped, the statement said adding,  there has been no information as to their whereabouts.

Omotosho called for prayers for  the safety  of the abducted clergy men and staff.

Operatives of the Kogi State Command of the Nigeria Police Force attached to Odolu Division, in synergy with the local vigilante and hunters have dislodged a criminal hideout at Odolu in Igalamela Local Government Area of the state.

The operatives, during the battle, gunned down two and arrested two suspected kidnappers, recovered one English made Pump Action, seven phones and charms among others.

A statement issued by the Police Public Relations Officer of Kogi Command, SP William Aya, said that the development followed a report from the victim of kidnapping who escaped from their den on Thursday 19/5/2022 while the family was still negotiating for his release.

“The victim was kidnapped while on his way to Nsukka but escaped from their den, immediately, the police operatives were mobilized along with the vigilante and hunters into the bush, on sighting the Police the criminal elements opened fire.

During the gun duel that ensued, two of the hoodlums were gunned down while two were arrested.

“Items recovered include; one English made Pump Action gun, seven phones, charms among others.

“This breakthrough is as a result of the strategies adopted by the Commissioner of Police, CP Edward Egbuka, psc (+), to curtail activities of kidnappers, armed robbers, bandits, and other heinous crimes in the State,” the statement read.

The Commissioner of Police while commending the Police Officers as well as vigilante and Hunters for their prompt response to ensure that the criminal elements met their Waterloo, assured members of the public that the Police will not rest on its Oars in synergy with other security agencies in the State to ensure the safety of lives and property.

To this end, the Commissioner of Police urged the public to continue to collaborate with the Police and other security agencies in the State by way of volunteering credible and timely information on the activities of Criminal elements. 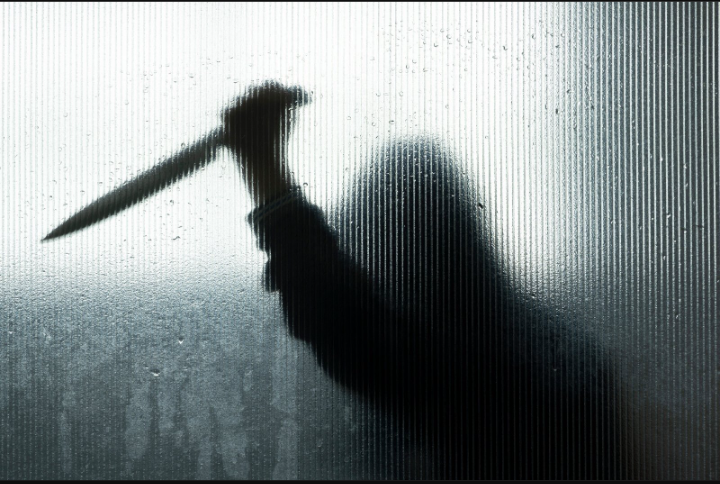 There was palpable tension within Lapai town of Niger state following the arrest of a middle aged man with fresh human parts on Saturday afternoon.

DAILY ASSET gathered the incident triggered riot in the local government headquarter, as it led to the burning of the houses of some of those believed to be behind the incident.

An eye witness confided in our correspondent that a commercial motorcyclist, popularly known as okada observed blood stains on the dress of his passenger and suspected that it could have been human blood.

It was gathered that the okada rider raised the alarm leading to the arrest of the yet to be identified man.

When he was searched fresh human parts were found in his luggage.

According to the findings the passenger confessed that his master sent him to bring the human part.

Findings further revealed that the suspect is a tenant in one of the houses of the businessman that asked him to provide the human parts, even as the slain person was suspected to be a relation of the suspect.

The incident led to a breakdown of law and order in Lapai town on Saturday afternoon with the youths protesting and in the process set three houses belonging to the man that sent the okada passenger and his wife on fire.

When contacted the Chairman of Lapai Local government Council Alhaji Muazu Jantabo confirmed the incident but said he was yet to get the details.

When also contacted on phone the State Police Commissioner, Mr Monday Kuryas said, “How do you expect me to talk on what has just happened? we are trying to stop it from spreading you are asking for details”.