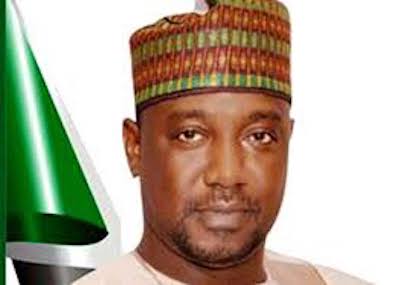 A  major boat mishap has claimed the lives of over 15 villagers in Tijana in Munya local government area of Niger state claiming  about 15 lives.

The boat mishap occurred at about 6:00pm on Saturday evening when the villagers were returning from a local market in Zumba, Shiroro local government area of the state.

According to the Sarkin Kasuwan (Head of the Market) of Zumba, Mallam Adamu Ahmed who confirmed the incident to our correspondent, said the local boat was carrying over 60 people, including women and children when it capsized due to a heavy windstorm.

Among the victims were some returnees who had earlier fled their homes with their children due to bandits attacks.

Mallam said that about 17 people have been rescued through the efforts of local divers, who swung into action immediately the incident was reported.
The local divers had defied the heavy downpour to continue their rescue operation as at the time of filing this report as  help was yet to come from the government.

It would be recalled that a similar boat mishap in the area claimed over 13 lives in 2017, when a boat carrying about 30 people, capsized midway into their journey to the same Zumba market

Gov Mai Mala-Buni of Yobe has commiserated with the Emir of Fika and Chairman of the state Council of Chiefs, Alh. Muhammadu Abbali, over fire outbreak in his Palace on Monday.

Mala-Buni, in a statement by his Director General Press and Media Affairs Alhaji Mamman Mohammed in Damaturu, described the fire that consumed a chamber at the Palace as a great loss to the emir, the emirate and the state.

“l am deeply saddened by the sad news of the fire incident today at the palace of His Highness, the Emir of Fika.

“However, we are all consoled and give thanks to Almighty Allah that no life was lost nor injuries recorded” he said.

The governor asked the Emir to have faith that it was destined to happen at this moment and prayed that it never happened again.

Buni also prayed to God to replenish assets lost to the inferno.(NAN)

Osinbajo’s spokesman, Laolu Akande, in a statement on Monday in Abuja, said the vice president expressed this view in Lagos during a courtesy visit to the palace of Oniru of Iruland, Oba Abdulwasiu Lawal.

The traditional ruler is  celebrating his first coronation anniversary.

” Lagos is a microcosm of Nigeria, everybody is here, if things work out well here, things will be okay in the country.

“I am sure your role here is that of someone who brings together communities not just Yorubas, but everybody.

“And I can see that from your choice of chiefs, you have gone to other parts, and I think this is the attitude of great leaders.”

The vice president prayed for a successful reign on the throne for the traditional ruler.

He said that the progress of the kingdom and its people would be determined by the quality of leadership the Oba provided, which was a yardstick to measure the role of traditional rulers in the country.

“You should know that you are always in my prayers because I believe that your role is crucial not just for the development of this state, but for the whole country.

“Today you cannot relegate traditional rulers because of the exposure and education of those who occupy that position.”

Also, in an interview with newsmen at the palace, Osinbajo said the future of Iruland was bright with a traditional ruler like Laws.

“I have known the Oniru for quite some time now; he is somebody who I have a great deal of respect for, and I know that the future of this community is bright with the Oniru.

“He is not just someone who is thoroughly educated but a visionary.

“He is someone who sees the future and is ready in ensuring that he brings the future in a very short time,” he said.

Earlier in his remarks, Lawal thanked the vice president for his leadership and commitment to the progress of the country.

He pledged the support of the entire kingdom for the Federal Government.

Lawal said that Osinbajo’s leadership was an example for other leaders across the country to follow.

“You are a leader whose direction we will continue to follow.

“The relationship between the vice president and I had been very cordial.

“We belong to the same school of thought; he calls and advises me on several issues.

“I want to assure you, Mr Vice President, that I will not disappoint you, I will ensure the progress of this kingdom and I will be just,” he said. (NAN)

The Wife of Ebonyi Governor, Mrs Rachael Umahi has solicited the assistance of religious leaders in fighting violence against women and girls especially fistula in the state.

Umahi made the call on Monday during a stakeholders’ meeting organised by the Christian Council of Nigeria (CCN) in collaboration with UNICEF in Abakaliki.

“I urge our religious leaders to please assist me to reach out to our women in your churches and communities who are down with fistula for free repair and empowerment and reintegrated into the society, ” Umahi said.

The governor’s wife said that this had become necessary as religious leaders were the closest to the people.

She expressed dismay that all efforts to end Female Genital Mutilation (FGM) especially in the rural areas seemed not to yield desired results hence the need for religious leaders to assist in awareness campaigns in their churches.

Umahi pledged continued partnership with religious leaders, donor agencies among others towards ending all forms of violence against women and girls in the state.

The President of the Christian Council of Nigeria (CCN), Mr Benebo Fabara-manuel called for condemnation against all forms of gender based violence in the society.

Fabara-manuel said that the workshop was designed to proffer lasting solutions to end social vices in the state and the country at large.

The President, who was represented by the General Secretary of CCN, Rev Evans Onyemara, noted that the group was creating awareness to eradicate some cultural, traditional and religious beliefs that had hampered women and girls in the exercise of their rights.

The cleric stressed that the focal point of the project would be in Abakaliki and Ezza-South local government areas of the state.

“We are here to further raise awareness of our people towards this evident evil in our society and resolved to become champions or voices for women and girls.

“Religious and church leaders have their roles to play to end the culture of silence. The Perpetrators must be exposed to end the menace,” Fabara-manuel said.

The State Chairman of CCN, Mr Lawson Elom, while delivering his key note address, commended the workshop organizers adding that it aimed at educating members to fight against violence against women and girls.

The chairman described the act as a ‘serious economic and social challenge’ in the society.

“Your coming to the state for sensitisation of the people is apt and appropriate, especially now when rape, kidnapping, child trafficking and all sorts of evil are on the increase.

“To maltreat any human being created by God is a sin,” Elom said. (NAN)