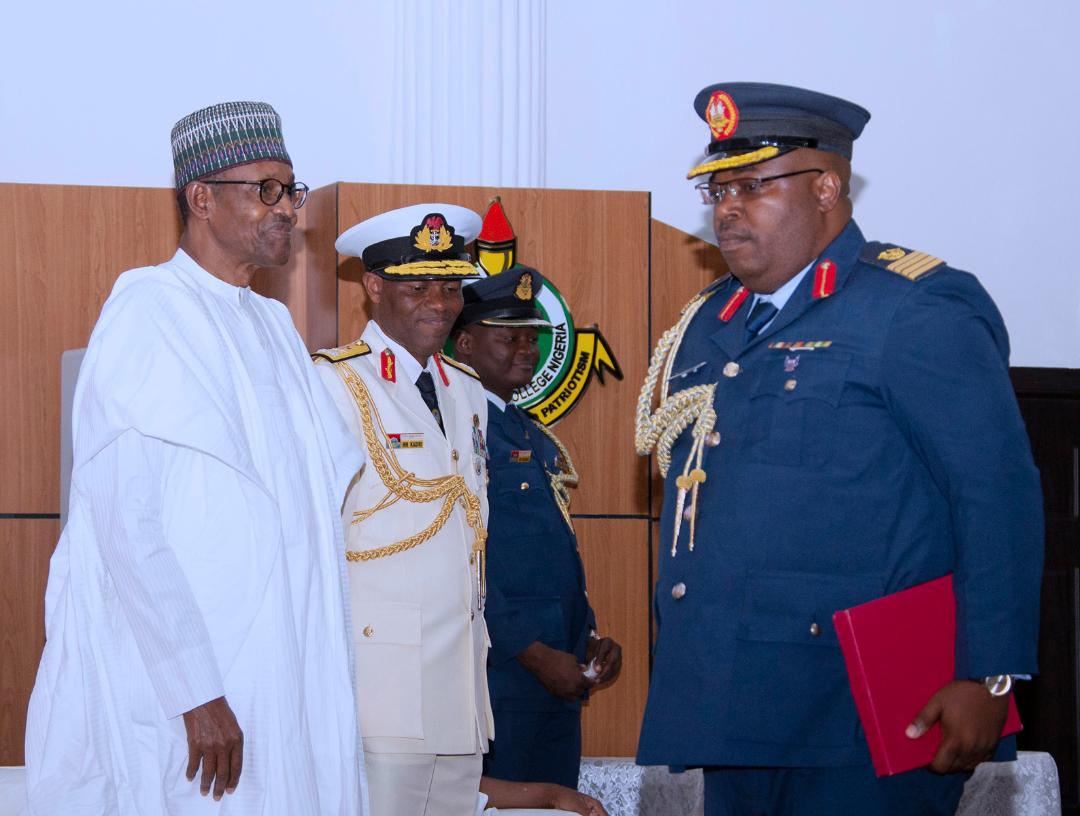 President Muhammadu Buhari Wednesday, expressed worry over the rising level of insecurity globally, noting that only local, sub-regional and regional alliances will curb the spread of violence.

He assured all victims of banditry attacks that the Federal Government will deploy security measures and strengthen operations to safeguard lives and property, warning that perpetrators will not go unpunished.

He stated that he had earlier sent a top military assessment team based on the reports on the security situation in the state and had directed massive deployment of security personnel and military hardware, urging citizens to support the security agencies.

Speaking to Internally Displaced Persons (IDP), drawn from seven local governments that were affected in Katsina at Basari council secretariat, the President said that the Federal Government was fully aware of the plight of citizens and will remain focused on delivering on its mandate of securing the lives of citizens.

He said: “I am very sad that the consequences of these actions have brought hardship and affected the socio-economic life of our people in the localities.

”Agriculture, which is the mainstay of the economy and the source of livelihood is worse affected.

“I would like to assure you that the Federal Government is fully aware of your situation as I receive daily reports from security agencies and the Governor, Aminu  Bello Masari, who personally visited and briefed me on the killings and wanton destruction by the armed bandits not only in Katsina but in other states as well.

“Let me assure all and sundry that the protection of lives and property of the citizenry is the prime essence of government. We shall be focused and determined to protect our citizens.’’

While commending the government of Katsina State for supporting security agencies and facilitating some of their operations, President Buhari said he had directed service chiefs in a meeting last week to completely re-strategize operations and reposition for optimum results.

Buhari appreciated the interventions of the First Lady, Aisha Buhari, and her foundation in providing succour to those affected by banditry attacks, also listing Alhaji Aliko Dangote, Alhaji Dahiru Mangal and a bank, Stanbic IBTC, National Commission for Refugees and Displaced Persons and other philanthropic organisations.

The President, who called for more patience and forbearance, went round to condole with IDPs.

In his remark, Governor Masari expressed appreciation for the President’s visit and the quick response of the military in providing reinforcement that had drastically reduced incidents of theft, kidnapping, banditry and cattle rustling.

He said that some attacks were still recorded because of the vastness of the Rugu forest that provides cover for criminals.

The Emir of Katsina, Dr Abdulmumini Kabir Usman, advised citizens against reprisal attacks which could lead to anarchy.

The Emir called for more patience and tolerance as security agencies tackle those against the progress of the state.

Related Topics:BuhariCampIDPs
Up Next
Don't Miss