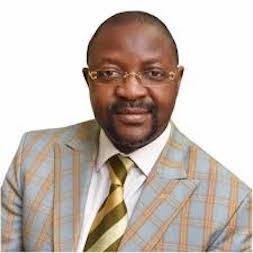 The News Agency of Nigeria (NAN) reports that the Peoples’ Elephant were dominant all through the duration of the match, but lacked the cutting edge on the final third.

Enyimba fired an early warning to Al-Hilal FC when Nelson Ogbonnaya planted his headed effort from Stanley Okorom’s free kick into the side netting just five minutes after the start.

The visitors heeded the warning and applied caution in their defensive approach, absorbing all that the hosts threw at them at the end of a one-sided first half.

Enyimba again came close to breaking the deadlock two minutes later when Okorom hit the side netting from a free kick almost on the same spot as the first.

Ghana import, Daniel Darkwa drifted up field and just when he was about getting a clear sight on goal, he was tripped by Abuaagla Named.

Enyimba’s centre-back, Ifeanyi Anaemena added his name to the list of those who missed scoring opportunities when he swept his glorious chance waywardly over the crossbar in the 12th minute.

This was after Onuwa Emeruwa’s sleek touch off Dimgba’s cross from the right.

On the quarter hour mark, Stanley Okorom stung the gloves of  goalkeeper Salim Macoola with a rising strike from distance, but the shot stopper did well to push the ball away for a corner.

Five minutes later, Al- Hilal were reduced to 10 men with Nazar Nassr shown a straight red card for violent conduct, after the defender had stepped on Enyimba defender, Daniel Darkwa.

With the numerical advantage, Enyimba patiently worked and waited for the breakthrough as they encamped in their opponent’s territory and continued to pile countless pressure on Al Hilal’s defence.

Obi Damson had his effort parried by the goalkeeper in the 42nd minute and the ball came back gloriously for him, unfortunately his second bite at the cherry went wide off target.

For the first time in the game, the visitors sneaked behind Enyimba’s back line with Barnet Named getting to the byline, but his left foot effort was easily caught off by goalkeeper Theophilus Afelokhai.

Perhaps, the best chance of the half fell on Dimgba who found his way into the crowded Al-Hilal box.

He twisted and turned all the defenders who virtually got fixed on a spot but his shot towards the far post went wide to the consternation of the packed stands that included governor Okezie Ikpeazu.

Both sides went into the break on equal terms.

The restart followed same pattern as the first with Enyimba in absolute control of the game but were unable to break down the visitor’s resolute defence.

Al-Hilal found an opportunity for a counter attack with Mohammed Darac firing a left foot drive that went marginally wide with Afelokhai fully stretched in the 51st minute.

In a frantic move to shore up his attack, coach Usman Abdallah substituted Obi Samson for Bashir Abdulrahman and Martins Usule for Onuwa Emeruwa.

The move almost paid off as Abdulrahman came close to finding the back of the net with a fierce strike from close range, but the goalkeeper reacted brilliantly, pushing the ball for a corner.

With seven minutes remaining on the clock, Stanley Dimgba fired a ferocious shot from the edge of the box but Macoola went down early enough to gather.

Al-Hilal displayed tremendous composure, organisation and confidence as they repelled every Enyimba offensive till the final whistle.

The Peoples’ Elephant will travel to Sudan on September 29, for the return leg. (NAN)