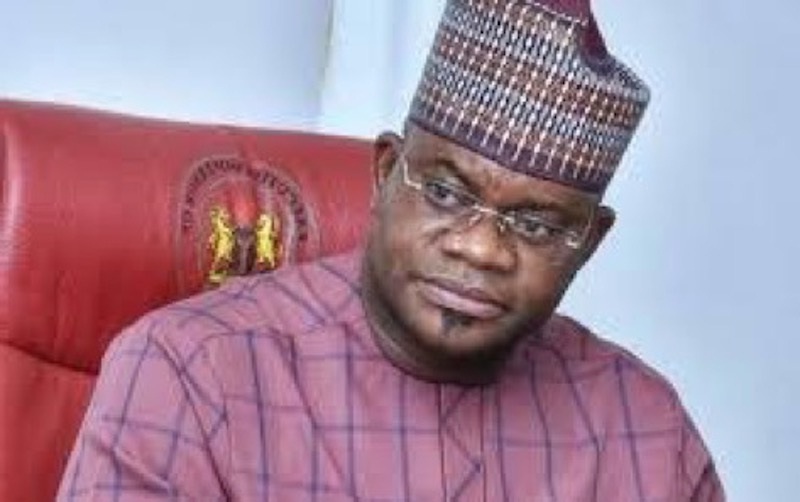 The Chief Of Staff to the Kogi State Governor, Chief Edward Onoja said the State Governor has fulfilled his pledge to God by constructing a Christian Chapel in the Government House, 28 years after the creation of the State.

Onoja disclosed this while making his remarks at the ground breaking and foundation laying ceremonies of the Kogi State Government House in Lokoja, Monday, 22nd July, 2019.

He said the Governor was conscious of the promise he made to God.

Onoja told the Christian-packed rehabilitated Glass House that the Foundation Laying Ceremony has shown the “character of the Governor as a promise keeper”.

“When he was going about campaigning to be Governor, I was his campaign DG and I remembered that he did promise to ensure he builds a befitting place of worship for Christians in Government House.

“We have had Governors before Alh Yahaya Bello, who felt comfortable that there was no place of worship for Christians in the Government House.

But this Governor, being what he is as an unbiased leader, has done what others could not do.

“I also remember that the Governor told me about his experience anytime he was traveling to Makurdi where he once worked and lived.

“He discovered the darkness in Kogi East as over 80% of the District have no electricity. He made a promise to God to light up the District if ever became Governor.

“Today, he has set the call rolling and a Committee is already working hard to actualize the dream.

“This is the reason we see him as an uncommon leader. He has defeated ethnic bigotry, relegated classicism and now, he has shown the whole world that he can promote religious harmony.

“With what the Governor has done in Kogi State, I have faith in Nigeria. I have faith that we can have leaders who will be detribalized and without religious bigotry because we all serve one God”.

Onoja charged all Kogites and Nigerians at large to always believe in the oneness of all people regardless of race, class and religion.

Also speaking at the event, the CAN National President, Dr. Samson Ayokunle told the Governor that anyone who builds a house for the worship of God is “unstoppable”.

He said: “That you have done this for God, God will ensure everything you lay your heart and hands on becomes successful. You will live long and reap the fruits you have sown unto the Kingdom of God today. You will succeed in all that you do.

“Other Governors in Nigeria should come and learn from the acumen of the Governor to promote unity and defeat marginalization and bias. You have done well and God will reward you abundantly”.

Addressing the audience, the Governor said he has decided to ensure that all races and religions will have a sense of equality and fairness in his administration.

He said he will continue to serve the people better.

“We have united this state. We have closed the walls of divisions. We will continue to push the state to the heights it should be.

“The only grouse they have against my administration is the few months salary arrears that we are owing. I thank the President for approving our bailout which was meant for the payment of those arrears, some of which we met on assumption of office.

“In a couple of days, we shall be done with payment. We will remain committed to the welfare of all Kogites whether they are civil servants or not”.