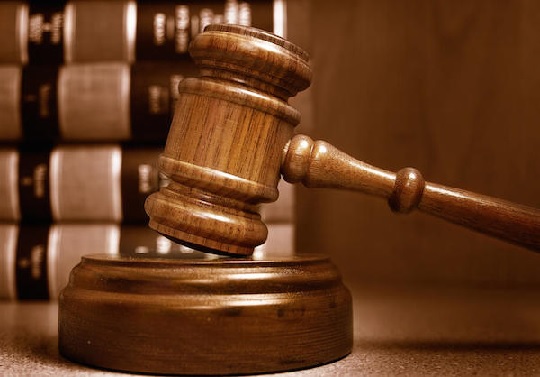 The police charged Agbamuche, who resides in Bariga area of Lagos with two counts of conspiracy and assault.

The Prosecution Counsel, Sgt. Godwin Oriabure, told the court that the defendant committed the offence in July 2017, at Ayedun junction in Bariga, Lagos.

He alleged that the defendant and four others, who are at large, beat up the complainant, Mr Idris Suleiman, after he asked the defendant to pay him the money for the raw meat he was buying.

Oriabure also alleged that the defendant beat up the complainant’s two brothers, Mr Hamzat Danjuma and Mr Oseni Yakubu, when they tried to intervene.

He alleged that the defendant and his accomplices  used a cutlass and broken bottles to inflict grievous injuries on the complainant and his brothers.

The offence, he added, contravened the provisions of sections 412 and 173 of the Criminal Laws of Lagos State, 2015.

The defendant pleaded not guilty to the charge.

News Agency of Nigeria (NAN) reports that Section 173 stipulates three years jail term for the offence of assault upon conviction while 412 carries two years for conspiracy.

Magistrate S.O. Obasa admitted the defendant to bail in the sum of N20,000 with two sureties in like sum.

Obasa ordered that the sureties must be above 40 years and must be gainfully employed.

She further ordered that the sureties must also show evidence of two years tax payment to the Lagos State Government.

The magistrate adjourned the case until Sept. 2 for mention. (NAN)