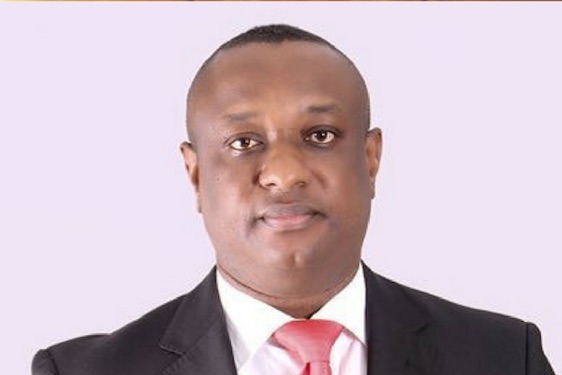 Fear has gripped some high-profile politicians as details have emerged over their relationship with some of the 78 Nigerians arrested by United States Federal Bureau of Investigation (FBI) over alleged internet scam regarded as the highest haul of arrests in recent times.

Over the weekend social media went abuzz after reports emerged that Festus Keyamo, minister of state for Niger Delta affairs, is a friend of Jerry Ikogho one of the cyber fraud suspects apprehended by FBI and who is 77 on the list of 78.

They were pictured together in a public event.

Keyamo admitted that he and Ikogho were born in Ughelli, Delta state, and grew up as childhood friends. He said the picture was taken in 2011 at the burial of the father of one of the two other men who appeared in the picture.

He said the suspect is from “a decent home”, adding that he hoped that the American authorities got their facts right.

He explained that Ikogho left Nigeria for the United States about a decade ago.

“He is my childhood friend. We were born in the same town (Ughelli). We attended same church from birth. His parents and mine, best of friends, till tomorrow; his siblings and mine too. He only left for the US about 10-12 years ago.

“I can’t deny him. It’s a family relationship from birth. He’s from a decent family. Hope they got their facts right. The wife has sent the charge to me.

“The authorities clearly stated that he may not have known of the fraudulent schemes, but he helped one or two of them to transfer funds illegally for a fee. And he didn’t declare excess money at the airport. Wish him well.

“In fact that picture is even at the burial of the father of the guy on the far right about 8 years ago. The guy is in the same childhood group like all of us. Likewise the guy on the far left, a lawyer, who died at the National Hospital here in Abuja about 5 years ago.”

He is said to be one of those who helped to fund Gov Ihedioha’s campaign between 2018 and early 2019.

“He was one of the highest donors to Ihedioha’s campaign,” our source said.

He hails from Amakaohia-Uratta , in Owerri North Local Government Area, in Imo State has been in Imo political spotlight , dinning and wining with some top politicians in the state..

The 31-year-old is currently on the run and has pulled down all his social media accounts since he was declared wanted by FBI.

Through business email compromise scams (BEC), fraudsters use hacked email accounts to convince businesses or individuals to make payments that are either bogus or similar to actual payments owed to legitimate companies.

As part of the scam, fraudsters learn about key personnel in companies who are responsible for the payments as well as the protocols necessary to perform wire transfers in various companies and then target businesses that regularly perform wire transfer payments, Paul Delacourt, FBI assistant director in charge of the case said in a press briefing.

The scams have become so rampant that in the first seven months of 2019 alone,  the FBI received nearly 14,000 complaints reporting BEC scams with a total loss of around $1.1 billion—a figure that nearly matches losses reported for all of 2018.

In another recent high profile case, following a 13-month long investigation, the FBI arrested Nigerian Obinwanne Okeke in an $11 million BEC fraud case. Before his arrest, Okeke had posed a successful entrepreneur and was featured on a Forbes 30-under-30 list as well a BBC Focus on Africa program.