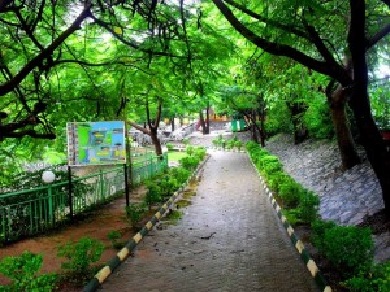 In order to restore the master-plan of Abuja, the Federal Capital Territory Administration (FCTA), under the aegis of Abuja Metropolitan Management Council (AMMC) on monday 23rd September 2019 demolished shanties, beer parlours and other illegal structures in designated Parks and Gardens in Wuse Zone 6 area of Abuja.

Speaking during the exercise, Director, Development Control Department, Murktar Galadima, noted that it was a follow up to its ongoing sensitization campaign and enforcement of development standard,which the government will continue till it have achieve its goal.

Galadima said it’s going to be all over FCC, wherever there are designated parks, to ensure prevailing activity is in line with what was approved for the development of such parks.

He also cautioned operators of Parks and Recreational Spots not to do any transaction with any person that is not officially assigned to do that kind of transaction.

According to him: “This administration have been up and doing in regards to implementation of our standard.

“I’ll like to caution them (operators of parks) not to deal with anybody not officially assigned to do that responsibility, because sometimes some touts will claim that they’re working for the constituted authorities whereas it’s not true.

‘However if any of our staff is found wanting, we are going to apply the civil service rule.”

Similarly, Director, FCT Parks and Recreation Department, Arc. Ali Ukele, said the affected parks are not designed for recreational purposes but supposed to be developed for basic Park form, which entails they should have green and park benches, and we are not supposed to have buildings in them; so that’s the infractions observed.

He said: “There are some park operators that have approved allocations, but a lot of them don’t have, so if you don’t have and you are operating illigally this operation will also catch up with you.

“We have shanties where people are sleeping within the parks, and you can see all sort of things in the Parks, there are laundry services, and all sort of shanty related activities, so we can’t allow the trend to continue.

“Also, there are security threats, because people sleep in Parks, and we have complaints from residents, because people come from parks and then rob or disturb them in the night, then disappear into the parks, so this is the issue.”

Recall that FCTA about two weeks ago through AMMC going round parks and gardens had earlier identified parks and spots that do not conform with the Parks and Recreational Spots FCT standard, warning illegal operators to vacate as a matter of urgeny.

Entrepreneurs Advocate Support for The Next Titan Show

We Will Prosecute Abusers of Recreational Parks in Abuja – AMMC