A five-man inspection team from world-football governing body, FIFA will arrive in Lagos on Monday for a four-day inspection of facilities and equipment that Nigeria has put forward to host the 10th FIFA U20 Women’s World Cup championship next year.

Nigeria has put forward the cities of Lagos, Benin City, Asaba and Uyo for the hosting of the 16 –nation finals.

The contingent will check out the facilities in Asaba and Uyo on Wednesday. In Asaba, the Stephen Keshi Stadium is the proposed match venue, while training sites are Asaba Squash Courts and St. Patrick’s College. The referral hospitals are St. Luke’s Hospital and Asaba General Hospital.

The inspection party will then fly to Abuja on Thursday for a meeting with the Permanent Secretary in the Federal Ministry of Youth and Sports, Mr. Olusade Adesola (representing the Honourable Minister) and a courtesy call on His Excellency, Vice President Yemi Osinbajo (GCON) at the Presidential Villa.

Nigeria is one of only four countries to have participated in every edition of the FIFA U20 Women’s Cup since the competition was launched in 2002 in Canada as an U19 Championship. It was upgraded to U20 competition in 2008. USA, Germany and Brazil are the other three ever –present teams.

The Falconets reached the Final of the competition in 2010 and 2014, losing to Germany on both occasions, and were semifinalists in Japan in 2012.

Otis Sure of Afrobasket Title Defence 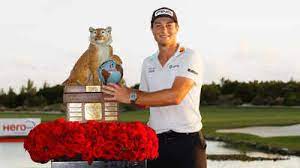 It was the second straight win for Hovland at the Hero World Challenge, making him the second player to defend his title at the event (Tiger Woods, 2006-07).

“Over 72 holes you’re not going to hit great shots all the time, I hit plenty of terrible shots today, but it’s making those key putts and kind of keeping yourself in it,” Hovland said. “That’s been the reason why I’ve been able to be in contention without really hitting it all that well this year.”

Hovland came into the day with a three-stroke lead and his Sunday round included five birdies, but a pair of bogies, including one on 18 to open the door for Scheffler, added drama to the finish.

“It was a lot more stressful than it should have been,” Hovland said.

“When you’re standing there with a two-shot lead, it’s like the last thing you can do.”

Scheffler, who had birdied four of six holes along the back nine to put himself into contention at two strokes back with one hole to go, couldn’t capitalise on Hovland’s shaky finish, bogeying the final hole as well to finish 4-under-68 for the day.

“I’m proud of how I played the back nine,” Scheffler said. “I got some good looks and made some nice putts and it was good to kind of make a little run. Granted it wasn’t enough, which definitely hurts, but it was nice to make a run.”

Hovland’s blistering Saturday performance, an 8-under 64, gave him just enough breathing room to win the tournament with a 16-under 272. Scheffler finished second at 14 under.

Matching Scheffler at 4 under Sunday and finishing directly behind him on the leaderboard were fellow Americans Cameron Young (12 under for the tournament) and Xander Schauffele (11 under). Another American, Justin Thomas, finished in fifth at 10 under after his round of 2-under 70. 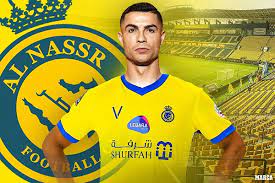 Saudi Arabian club Al-Nassr have made a huge offer to sign Portugal forward Cristiano Ronaldo after the World Cup.

A number of clubs have expressed interest in him, with Al-Nassr’s offer the biggest at around 200m euros a year, according to reports.

Ronaldo, 37, is a free agent after his Manchester United contract was terminated last month following a controversial interview.

He criticised the club and said he had “no respect” for manager Erik ten Hag.

In the interview with TalkTV, he also said he turned down a £305m deal to join a Saudi Arabian club in the summer – a move that would have seen him become the highest-paid footballer in the world.

It is understood Ronaldo is fully committed to Portugal’s World Cup campaign and is not intending to make a decision about his future plans until that is over.

Portugal face Switzerland in the last 16 in Qatar on Tuesday.

Earlier in the tournament, Ronaldo became the first man to score at five World Cups as he converted a penalty in their 3-2 group stage win against Ghana.

Although he is a free agent, Ronaldo is not allowed to sign for a new club until 1 January as he was contracted to United when the last transfer window closed.

He must also serve a two-game ban at domestic level with any new club – in England or abroad – for knocking a phone out of an Everton fan’s hand last season.

Ronaldo scored 145 goals in 346 appearances for United over two spells, leaving for Real Madrid in 2009 before returning to Old Trafford from Juventus in 2021.

He had just over seven months remaining on his £500,000-a-week contract with United.

Fury Says He May Need Surgery on Right Elbow 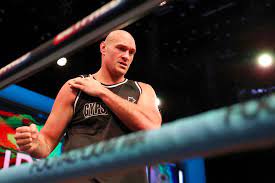 The Briton told ESPN television after his 10th-round stoppage of title challenger Derek Chisora on Saturday that his right elbow was the problem.

“I’ve got some hand problems and I’ve got to maybe have some surgery on my elbow but after that, I’m ready for anybody,” he said.

“I had the left (elbow) done back in October (2021) after the Wilder III fight, so I’ve got to have it done. It will take about six to eight weeks to heal.

Fury said his promoters Bob Arum and Frank Warren had talked of a potential clash with Usyk, the WBA, IBF, WBO and IBO champion, towards the end of February or in March.

Adding to the uncertainty, the undefeated WBC champion told reporters at a post-fight news conference that he felt great and was looking forward to a “massive 2023”.

Fury taunted Usyk, who was ringside for the fight at London’s Tottenham Hotspur stadium, and challenged him to get the fight on.

The Briton also said he would take on his undefeated compatriot Joe Joyce, the 2016 Olympic super-heavyweight silver medallist, at Wembley if the Usyk fight could not be made.

“I just think I can beat anybody. There’s no stopping me, I’m on a roll. I’m going to be match fit going into the next fight, can’t wait,” he told ESPN.