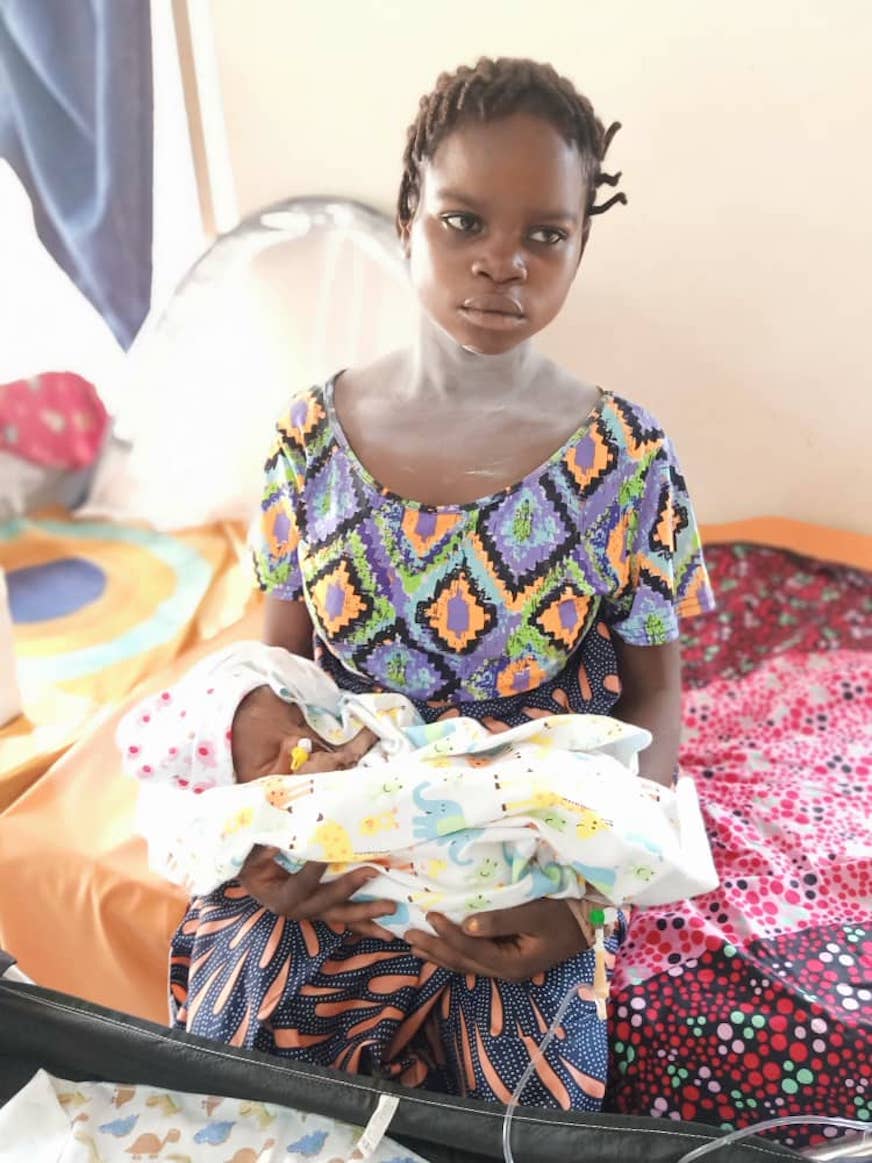 A 17 -year old boy who allegedly impregnated a Minor (10 years old girl) in Benue State is now in police custody.

This is even as the Benue State government has taken over the case of the impregnated Minor who was delievered of the baby last Sunday.

A famous humanitarian activist and member of CSOs, Ukan Kurugh had on Friday, upon notice of the girl’s critical condition, rushed her to  a hospital in Makurdi, where she was delivered of a baby through a Caesarean Section(CS) on Sunday.

Speaking on behalf of government, the Commissioner for Women Affairs and Social Development, Mrs Tabitha Igirgi, told journalists that they were at the hospital to take over the case a well as take care of mother and child.

Represented by the Director of Child Development in the Ministry, Mrs Ann Yaji, the Commissioner thanked the hospital management for accepting her when the Minor was brought to the hospital, as well as the Civil Society Organization for facilitating the admission of the minor.

She said the Benue State government was passionate about the vulnerable children and would take care of her like they have been doing to others.

She stated that the boy responsible for the pregnancy has been traced and is now in police custody.

The Medical Director of Foundation Hospital, where the girl delivered the baby, Dr.  Ijiko Michael said mother and child were in good condition.

He thanked the state government for taking over the upkeep of the girl and advised that people should exercise restraint to avoid putting both baby and mother at risk of stigmatization and sundry issues.

“There are issues of rehabilitation, psychosocial issues among others. The system has not done justice to her, she has been out of school and we need to take care of our people especially the vulnerable”.

Dr. Ijiko who said the issue was beyond the girl alone therefore, pleaded with government not to fail in their duties to the girl because she was vulnerable.

A humanitarian and Civil Society activist who facilitated the admission of the minor into the hospital,
Ukan Kurugh appreciated the state government for stepping into the case.

“I want to say a big kudos to the state government. That is what a responsible government should do. The first lady through her NGO and the commissioner for women affairs has been very passionate about cases like this. So I want to thank them for this gesture, ” he said.

Ukan Kurugh expressed hope that justice will be served the little girl, even as he stated that CSOs would not interfere with the investigation of the police now that the alleged culprit was arrested. He however, maintained that they would keep a watch to ensure that he faced the music of the law.

DAILY ASSET gathered that the arrested 17 – year old boy had confessed having sexual intercourse with the 10 year old minor in December of 2018.

The source told our Correspondent that, upon discovery that the minor was pregnant, her foster Uncle married her out to a much older man, but the 10 -year old could not cope with the marriage and returned back under the care of the said uncle until her being put to bed.