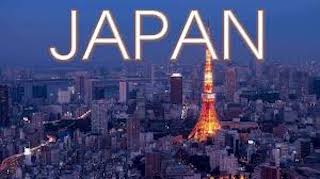 
The japan Bank for International Cooperation has promised to support projects in Nigeria in which Japanese companies are involved.

Also, the Toyota Group has pledged to invest on some sectors of the Nigerian economy, especially oil and gas and infrastructure.

The pledges were made at seperate meetings held on Friday, between President Muhammadu Buhari with top officials of Japan Bank for International Cooperation, and Toyota Group, at the margins of the just concluded Seventh Tokyo International Conference on African Development (TICAD 7), in Yokohama, Japan.

The Bank’s Deputy Governor, Nobumitsu Hayashi, indicated its interest in supporting projects in which Japanese companies were involved in Nigeria.

The bank said its resources were dedicated to oil and gas and investments in infrastructure.

I his speech at the meeting, President Buhari welcomed the bank, and assured of a friendly environment informing the team that Nigeria had introduced the Ease of Doing Business with the view to remove bureaucratic bottlenecks.

At a bilateral meeting with Toyota Tsusho, a part of the Toyota conglomerate, President/CEO of the group, Ichiro Kashitani, indicated interest in sectors like energy, healthcare and automobiles, saying Toyota would be delighted to have presence all over Nigeria.

President Buhari urged the group to also consider setting up a car assembly plant, noting that Nigeria had the capacity to absorb the investment for positive returns.

At another meeting with the Prime Minister of Algeria, Noureddine Bedoui, President Buhari counseled that the political programme in the country be faithfully executed, which would lead to general elections as soon as possible.

“Algeria is a good pan-Africanist nation, with a lot of influence over the continent,” the President said.

Prime Minister Bedoui said dialogue was in progress with all stakeholders leading to elections, hopefully by end of the year.


“This assessment will also be used to determine where our new recruits will be placed professionally,” she said.
Olabisi said that the state Commandant, Emmanuel Ocheja urged the personnel to commit themselves to the exercise, adding that Ocheja lauded the NSCDC Commandant-General, Dr Ahmed Audi, for  repositioning the corps for excellence.
According to Olabisi,  Dr Stephen Oyebode, Head of Forensic and Psychological Services Unit, NSCDC, Osun Command, had given the assurance that the unit would offer psychotherapy and psycho-social interventions to personnel who might need assistance after the evaluation. (NAN)
See also  Afreximbank Commits $250m to OML17 Acquisition
Continue Reading