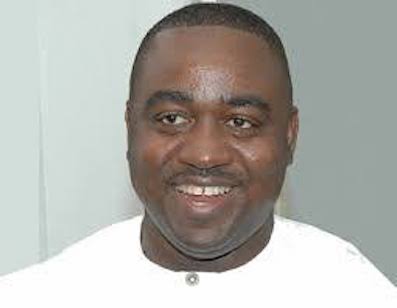 In a lead judgment delivered by the Chairman of the panel, Honourable Justice R. A. Odudu, the Tribunal dismissed the petition filed by Mrs Mimi Orubibi of the All Progressives Congress(APC) against the election of Peoples Democratic Party (PDP)’s Suswam for lacking in merit.

In the petition, Mimi sought among others, an order of the Tribunal, an order nullifying the election of Suswam for reasons of non compliance with Electoral Act 2010 (as amended) and that Suswam did not win the election by majority of lawful votes cast.

The APC candidate alleged over voting, allocation of votes, violence among other irregularities.

However, the Tribunal held that Mimi and APC failed to establish their case against Suswam, PDP and INEC and consequently dismissed same for lacking in merit.

According to the decision, the sole issue for determination was to establish whether or not there was over voting.

Beside, Justice Odudu held that the margin of win was enormous compared to the figure said to have been inflated.

In his reaction, lead Counsel to Senator Suswam, Barr. Andrew Wombo  described the Judgement as a sound one and challenged the petitioners to test the judgement at the appellate court if they were dissatisfied.

On his part, lead counsel to the petitioners, Chief Frank Nomor said they will test the validity of the decision at the Court of Appeal.

In another Judgement delivered by Honourable Justice M. A. Onyetenu (Member I), the Tribunal dismissed the petition by Dickson Pawa of the Social Democratic Party (SDP), who challenged the victory of Richard Gbande of PDP as member, House of Representatives (Ukum/Katsina-Ala/Logo).

The Tribunal held that Pawa, former ADC to former Governor Suswam failed to join in his petition, parties he made criminal allegations against them.

Above all, it was the decision of the Tribunal that the petitioners failed to establish their case to warrant judgment to be entered in their favour.

Reacting to the judgement, Counsel to Suswam, Barr. Andrew Wombo described the ruling as sound, and challenged the petitioner to test the ruling if not satisfied.

The lead Counsel to the Petitioner, Chief Frank Nomor said he will test the validity of the case at appellant court.

See also  Ogbia Language Learning, Teaching Gets A Boost As Educationist Launches 4 Books and Teaching Aids.
Related Topics:GbandeSuswamTribunal
Up Next


“This assessment will also be used to determine where our new recruits will be placed professionally,” she said.
Olabisi said that the state Commandant, Emmanuel Ocheja urged the personnel to commit themselves to the exercise, adding that Ocheja lauded the NSCDC Commandant-General, Dr Ahmed Audi, for  repositioning the corps for excellence.
According to Olabisi,  Dr Stephen Oyebode, Head of Forensic and Psychological Services Unit, NSCDC, Osun Command, had given the assurance that the unit would offer psychotherapy and psycho-social interventions to personnel who might need assistance after the evaluation. (NAN)
See also  Bauchi Govt. to Prosecute 1,115 Uncovered Ghost Workers
Continue Reading

See also  The Widening Gap between the North and the South