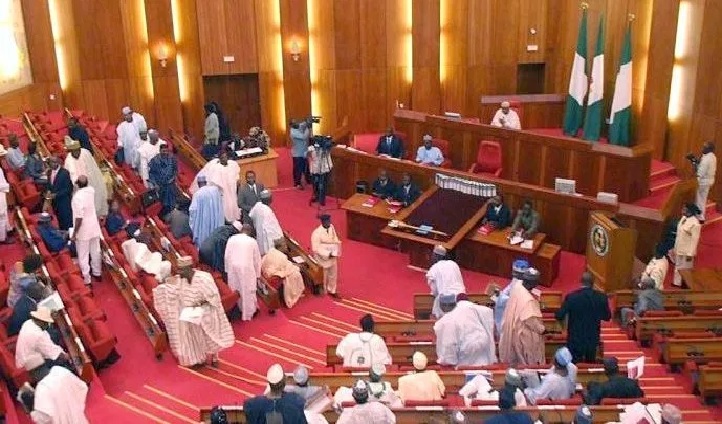 The Senate, on Wednesday 24th July, 2019 showed signs that the ongoing ministerial screening will end by Monday next week after it successfully screened 18 people as at press time on the second day of the exercise.

This is also as the upper legislative chamber has continued with the bow and go method which it has been adopting for former members of the National Assembly.

The Senate had said it amended its Standing Orders, to expand and extend the privilege to accommodate former members of State Houses of Assembly.

However, before he took his bow, Senator Tayo Alasoadura who was also the first to be screened on the second day in his opening remarks tasked the Senate to try and pass the contentious Petroleum Industry Governance Bill (PIGB) before the end of the legislative year.

He further argued that the bill is very important for the development of the economy despite the fact that the 8th Senate passed it while President Muhammadu Buhari declined assent.

He equally hampered on the need for the passage of the Nigeria Nuclear Energy Regulatory Bill, arguing that the world is going nuclear and scientific.

Before proposing for him to take a bow, Senate Minority leader, Enyinnaya Abaribe (PDP Abia South) explained that the 8th Senate actually passed the PIG bill but the President refused to sign it into law.

“It is not our fault that the PIG bill was not signed. Do everything to convince your colleagues in the Executive, the need to sign the bill because we don’t mean any harm.”

In his remarks, the Senate President, Ahmed Lawan assured that given the importance of the bill to the development of the country, the Senate will have to work together with the Executive so that it will be accepted by the Executive.

It was the same case with the nominee from Yobe Abubakar Aliu who was equally asked to bow and go because he is from the state of the Senate President.

But the Senate Minority leader, Enyinnaya Abaribe who proposed for his taking a bow called for a specific duty schedule of ministers of state to avoid rancour witnessed in Transportation, Peteoleum, Education and Agriculture ministries between the ministers and ministers of state.

However, Danjuma Goje (APC Gombe) said there has always been clear cut schedules of duty for ministers of state.

He said that the conflicts always arose but not as a result of lack of schedule of duties but due to personal ego between the two ministers.

While responding to a question on the seeming lack of cohesion among the Service Chiefs, the nominee said the Nigerian military is one of the best in world adding that they have entered into a number of defence pacts with other countries.

However, he accepted that the relationship between the Service Chiefs has not been cordial because each of them usually dwell in trying to please the nation.

Of the 13 nominees who appeared before the Senate, eight were asked to bow and go for various reasons adduced while only five were asked questions.