The Association also sought for active participation of the NBTI on its engagements especially in the forthcoming NASME MSMEs Summit, scheduled to hold from Dec. 7, to Dec. 8, in Abuja.
Dr Abdulrashid Yarima, NASME President, made the call on Wednesday in Abuja when he led a delegation of NASME Officials on a courtesy visit to the Acting Director-General of NBTI, Mr Taiwo Somefun.

NASME aims at promoting the empowerment of MSMEs by means of achieving sustainable employment generation and economic development in the country.
Yarima, who is also the Chairman of NASME Governing Council, stated that the association intended to partner NBTI on specific training at NBTI’s Incubation Centres at affordable rates.
According to him, the new Governing Council intends to deepen the already established cordial relationship with the board.
“In NASME, we have established the NASME Quality Assurance Limited (NQALs) with professional business development expert, rich curriculum and experience facilitators that can train both NASME members and non-members.
“Our plan is to transform the institution as the one-stop solution for all MSMEs export challenges.
“We can do a lot together as some of NASME members are currently in your various centres,” he noted.
The NASME President, while appealing for the approval of payment of outstanding subscription owed to NASME, requested to host NBTI in its virtual advocacy event on various research works in the organisation.
Yarima specially thanked the NBTI management for its outstanding efforts in pursuit of the commercialisation of research development results that were proactive, target driven and specifically needed for economic development.
Prince Degun Agboade, immediate past President of NASME, said cooperation between NBTI and NASME was key to development of MSMEs sector.
He appealed for the board to assist it on facility because many of the NASME members did not have capacity to build manufacturing facility as required by National Agency for Food, Drug Administration and Control.
The Acting Director-General of NBTI, Mr Taiwo Somefun pledged commitment to strengthen relationship between its board and NASME and urged the new NASME executives to make concerted efforts toward industrialisation.
He disclosed that it would start training some entrepreneurs under NASME in its centres immediately adding that it had incubation centre for skills acquisition in all the states.
The Ag D-G, while granting approval for payment of outstanding subscription owed NASME, also emphasised the need to establish an MSMEs Industrial Estate in Abuja to boost production, revenue base, create employment and spur economic activities. (NAN)
See also  Buhari Mandates FIRS to Collect Taxes from MDAs Nationwide
Related Topics:NASMENBTI
Up Next 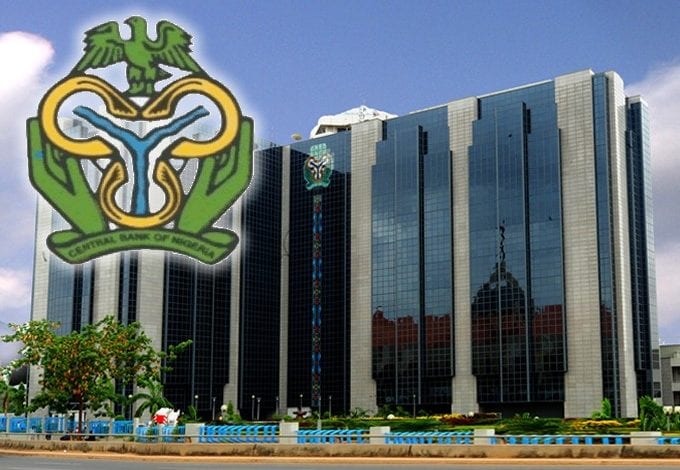 The Central Bank of Nigeria (CBN), has released the guidelines for the implementation of the Tertiary Institutions Entrepreneurship Scheme (TIES).
The framework, according to the apex bank, was in pursuant to the CBN Act, 2007 and in line with its policy measures to address rising youth unemployment and underemployment.

The CBN stated that the scheme was in partnership with Nigerian polytechnics and universities to harness the potential of graduate entrepreneurs (gradpreneurs) in Nigeria.
It said in the guideline that the scheme is designed to create a paradigm shift among undergraduates and graduates from the pursuit of white-collar jobs to a culture of entrepreneurship development for economic development and job creation.

The initiative, the apex bank stated, aims to provide an innovative financing model that will create jobs, enhance the entrepreneurial ecosystem and support economic growth and development.
TIES has been designed to enhance access to finance by undergraduates and graduates of polytechnics and universities in Nigeria with innovative entrepreneurial and technological ideas.
The guidelines listed activities to be covered under the scheme to include innovative start-ups and existing businesses owned by graduates of Nigerian polytechnics and universities in agribusiness – production, processing, storage and logistics; Information technology – application/software development, business process outsourcing, robotics, data management; and entertainment.
Others are artwork, publishing, culinary/event management, fashion, photography, beauty/cosmetics; and Science and technology – medical innovation, robotics, ticketing systems, traffic systems, renewable energy, as well as, waste management.
The document stated that there would be two classes of participants, with tier 1 receiving N5m with a tenor of five years at five percent interests, (nine per cent ) as from March 2022 and moratorium of 12 months.
It said that Tier 2 candidates could receive as much as N25m under similar terms, adding that the CBN interest payment and principal repayment shall be made on monthly or quarterly basis by the obligor depending on the established cash flow cycle and in line with the approved repayment schedule.
It said that under the scheme five top Nigerian polytechnics and universities with the best entrepreneurial pitches/ideas shall be awarded grants, with the best receiving N150m, while from second to fifth, the grants would be N120m, N100m, N80m and N50m, respectively.
See also  Nigeria Stock Market Opens Week with N83bn loss
Continue Reading

Trading in the domestic bourse resumed for the week on Monday with bearish sentiments due to profit taking in bellwether stocks – MTNN and Nestle.

Accordingly, the month-to-date and year-to-date return settled at 2.3 per cent and 2.2 per cent, respectively.

The market negative performance was driven by price depreciation in large and medium capitalised stocks which are; Nestle, MTN Nigeria Communications (MTNN), FBN Holdings (FBNH), May and Baker and NPF Microfinance Bank.

Consequently, the market breadth closed negative with 21 losers as against 19 gainers.

May and Baker led the losers’ chart in percentage terms by 8.02 per cent to close at N4.36 per share.

Conversely, the Nigerian Exchange Group dominated the gainers’ chart in percentage terms with 9.86 per cent to close at N19.50 per share.

Transactions in the shares of FBNH topped the activity chart with 67.615 million shares valued at N832.79 million. 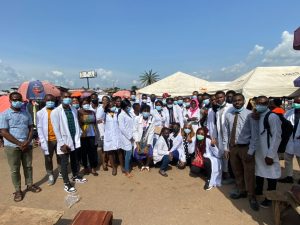 Over 165 traders at the popular Gbagi market in Ibadan, Oyo State, have enjoyed free dental and medical care at the community health outreach sponsored by SIFAX Group.

Taiwo Afolabi Community Dental Outreach, which is organised by the University of Ibadan Association of Dental Students, is a free medical mission targeted at rural communities in Oyo State.

Akande who represented the company at the event noted that the beneficiaries were majorly traders at the market.

“There was also a health talk on the imperative of maintaining good oral health.

“The sponsorship of the programme is part of the humanitarian initiatives of the company designed to provide succour and support for indigent Nigerians.

“This is in line with the company’s belief that a healthy citizenry translates to a productive nation,” he said.

Mr Olalekan Efunkunle, President, University of Ibadan Dental Students Association, said the aim of the outreach was to create an oral health awareness and promotion of good oral health hygiene in the society.

Efunkunle commended the SIFAX Group for the support noting that the outreach helped in extending medical care to rural persons.

He added that the outreach equipped the students with adequate field knowledge needed for them to excel in dentistry.

Efunkunle enjoined other corporate organisations to emulate the company by partnering the association to take the rural health mission to other communities. (NAN)