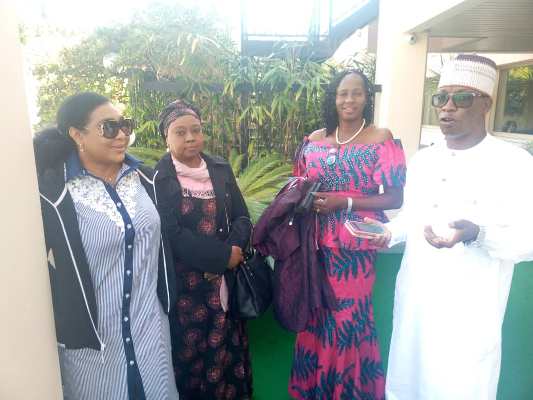 Mr. Adedayo Thomas, Executive Director, National Film and Video Censors Board (NFVCB), has made a public presentation of the Film/Video authentication seal and a new Certificate of Censorship to curb distribution of unclassified and pirated films and videos works in Nigeria.

Thomas made the presentation at a conference organised by the NFVCB in collaboration with the Department of Theatre Arts and Music of Lagos State University (LASU) held on Thursday in Lagos.

The one-day event with the theme, “Film Distribution and Regulation in Emerging New Markets in Africa”, brought together filmmakers, distributors, officials of the board, investors and members of the various guilds in the Nigerian movie industry.

According to Thomas the seal was produced to distinguish every film or video that was classified by the NFVCB from those ones not classified and approved.

He noted that the seal has several unique security features that cannot be forged or manipulated.

“While it will aid the NFVCB to differentiate between classified and unclassified films, it will also reduce the incident of piracy to a large extent.

“When a film is classified and approved, the owner or distributor will apply for the label after payment of approved fees.

“He or she would be issued the authentication labels for the number of copies to be replicated as ascertained by the NFVCB.

“We, therefore, need you to buy-in on this laudable project which hopefully will clear the market of unclassified, unapproved and, of course, pirated films/video works.

“The NFVCB, among its other functions, is empowered to censor and classify all films and video works to be distributed and or exhibited in Nigeria, and license all film and video distributors and exhibitors in Nigeria,” he said.

The executive director said that the conference was organised to bring both the practitioners and the regulator together to discuss salient issues that technology had brought to the fore in movie distribution.

According to Thomas, there were emerging trends in film and video distribution which has necessitated the board to initiate measures including introduction of the authentication label in line with global best practices.

He added that the new set of certificates printed by the board has unique security features to make them difficult to forge.

“The change of certificate is necessary because over the years, we have had many incidents of forgery of these documents,”he said.

Thomas added  that the board would soon begin stakeholders enlightenment campaign on the new seal and certificate to ensure quick acceptance and compliance, before it begins enforcement drive.

Ola Olajide, Business Development Manager of DelaRue, producers of the new seal and certificates, made a technical presentations   on the new documents.

According to her, the seal cannot be removed from genuine items and added to counterfeited ones,with several other authentication features.

Mr Raph Nwadike, National President of the Association of Movie Producers (AMP), expressed support and readiness of its members to comply with the NFVCB in its reforms towards repositioning the film industry.

“We are going to mobilize and enlighten movie producers and distributors to accept this new innovation by the NFVCB towards sanitising the industry  to ensure that piracy is curbed,” he said.