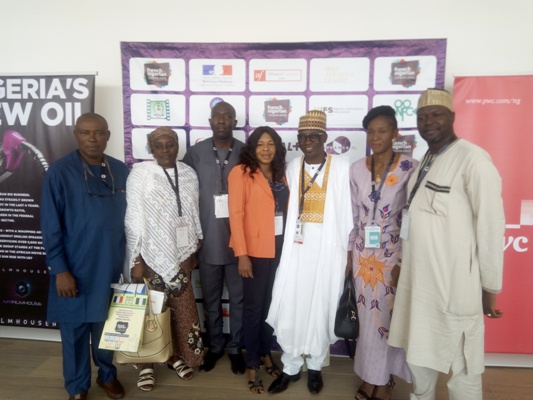 Twelve Nigerian film projects have been presented to French filmmakers at the maiden edition of the French- Nigeria Cinema Days for co-production deals .

News Agency of Nigeria (NAN) reports that the films written, and to be directed by Nigerian filmmakers, were announced on Wednesday at the event holding from July 2-3 at the Alliance Francaise in Lagos State.

Mr Yoann Talhouarne, Regional Audiovisual Attaché, Embassy of France in Nigeria, while making the announcement, said that over 50 Nigerian film proposals were submitted, from where the 12 were selected.

After the announcement, the Directors of the proposed films then have a ‘one-one’ presentations with some of the French film professionals and distributors, including Loco Films,Canal+ International,Arizona Films, Orange Studio and Les Filmsd’ici.

Others include Colona Films, Indie Prod and JBA Production and Page 49, with areas of possible collaboration to include funding, production, marketing and distribution.

Mr Adedayo Thomas, Executive Director of the National Film and Video Censor Board (NFVCB), expressed delight over the feat in an interview with NAN on the sideline.

He noted that the collaborative venture will, among other incentives, encourage and promote the distribution of Nollywood movies in France and Europe.

“This event is preceded by an earlier agreement to have a platform where investors, producers, distributors and other stakeholders in the motion picture industries of both countries could meet for mutually beneficial deals.

“The French distributors take delight in releasing movies from many different nationalities, whether big or small, as it is their belief that the French movie goers love movies from around the world.

France prides itself as a country of moviegoers with over 5,000 screens, while in Nigeria, we are proud to say that we have achieved 200 screens, from 39 in the last two years.

“Its film industry is acclaimed to be living ‘La vie en rose’ (life in roses), that its Nigerian counterpart would love to attain,” he said.

NAN reports that the French-Nigerian Cinema Days is organised by French Embassy in Nigeria in collaboration with Alliance Francaise, National Film and Video Censors Board(NFVCB) and the Bank of Industry and other industry stakeholders.

Censors Board Trains, Gives Grant to 100 Youths in Nasarawa State