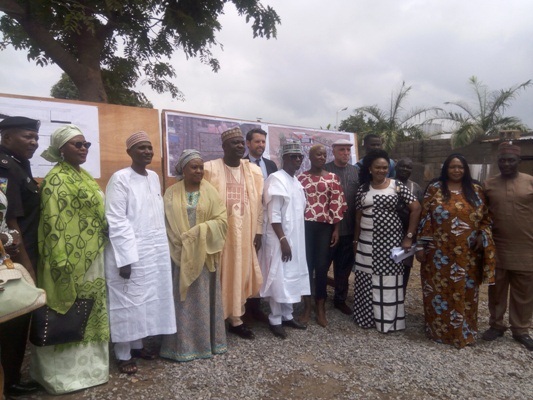 The National Film and Video Censors Board (NFVCB)  has conducted training for 100 youths, drawn from different Local Government in Nasarawa State, on ventures in  the movie industry and provided them with start-up packs.

The youths,including young filmmakers, were trained by officials of the board  and other stakeholders  as ‘Community Ambassadors’ of the NFVCB against unclassified films and on key subjects towards a successful career in filmmaking at the event  held on Monday at Canal Olympia Site in Mararaba.

The young ‘Ambassadors’, especially those in film business, were empowered with startup grants and certificates by the NFVCB at the end of the training.

Mr Adedayo Thomas, Executive Director of the board, said that the event tagged “ Revisiting the Fundamentals of Cinema Culture” is  part of  the board’s Media Literacy and  Empowerment initiative for  young thespians  across Nigeria.

“In other to support the empowerment of youths in the Nasarawa state, in line with the youth friendly policies  of the President Buhari led Federal Government, the National Film and Video Censors Board selected the state as a beneficiary of its ongoing capacity building on Film Classification and Censorship for youths in  North Central.

“As the key regulator of the Nigerian motion picture industry, the board has decided to bring practical knowledge of how to be successful in the sector  to these passionate youths.

“As part of the empowerment initiative, we have brought experts from the academia and seasoned practitioners in the industry, to train these selected 100  youths .

“They will be trained on the role of NFVCB as well as the job openings in the film and video sector, and empowerment packs to aid the new roles as Ambassadors of the Nigerian Film Industry is to be given to them,”he said.

Thomas described the training as timely, and a prelude to the opening of the ongoing construction of a 300-seater capacity Green Multipurpose Cinema by CanalOlympia  in Mararaba.

He added that the cinema, when completed would create jobs for youths in the state and beyond,and that made the training more useful.

Mr Simon Minkowski,Vice President of Canal Olympia worldwide, said the cinema is designed to be a space for talent incubation and platform for emerging talents, and would be ready for operation in November this year.

In his speech, the Governor of the State, Engr  Abdullahi Sule expressed appreciation to the NFVCB for bringing the training to the state.

The Governor, who was represented by Mr Kwanta Yakubu, his Senior Special Assistant on Youth Development and NGO, however urged the beneficiaries to make maximal use of the experience and resources they received from the programme.

“I commend the National Film and Video Censors Board (NFVCB) for this initiative aimed at sensitizing our youths and women on the imperative of film classification and censorship, including the various opportunities in the film and video sector which our youth could leverage to empower themselves for self-reliance and prosperity,”he said.

Top 8 Parks and Gardens in Abuja