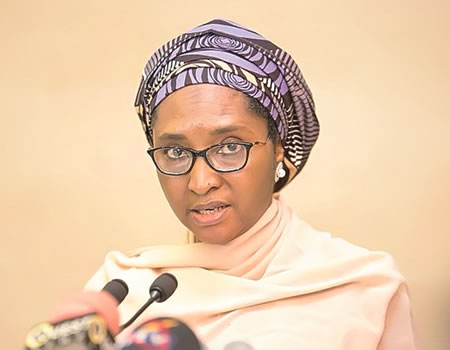 The Chartered Institute of Treasury Management (CITM) has tasked the Federal Government on effective monitoring of the backend of the Treasury Single Account (TSA) to prevent resource leakage.
Mr Olumide Adedoyin, the Registrar, CITM, said this at a news conference in Abuja on Wednesday.
“There are some challenges within the TSA platform because the backend for the audit was not adequately secured.

“So in spite of being able to net resources, there is a little opening at the back that leads to the hemorrhaging of resources.

“There must be an orientation of training and retraining of individuals because you will be surprised that some persons saddled with these responsibilities do not actually understand the process.
“Granted there is no 100 per cent full proof system; the possibilities of friend of government to have access to resources is times higher, that is the issues of tying up that end,” he said.
Adedoyin added: “We have reached out to government on different fora, trying to make them understand the importance of putting this backend in check.”
He said that the institute sought to create a pathway toward promoting the study and the practice of managing the treasury as a safeguard against fraud, misapplication, misappropriation of resources placed in the custody of fund managers in both private and public sectors.
The registrar said the institute also sought to institutionalise preventive mechanism by diligently encouraging the study and practice of the profession as obtained in greater economies of the world.
He said it would bring to bear best practices through research and cross fertilisation of ideas from like mind institutes and research bodies presently available in about 54 countries of the world.
See also  Lalong Swears-in PDP's Laven as Langtang LGC Chairman

Adedoyin sought the partnership of the media to drive the initiative to stabilise and grow the economy of Nigeria.

Also speaking on the preparation of national budget, the Technical Adviser, CITM, Mr Akejo Daniel, said budget should be based on needs and not wants.

He said items should be listed to be acquired between three or four years saying that the most important one would be attended to the first year, the next one will be given next year and so on and so forth.

“Now, anyone that can not be accomplished this year will now be moved to the first batch of next year.

“It is not the issue that a director is going and he is going with his car. This has to do also with what is called zero-based budget and this comes in when we are talking of International Public Sector Accounting Standards (IPSAS).

“When we say we are applying accrual-based IPSAS, we are talking of capitalising our assets.

“Nigeria said we are presently applying accrual IPSAS but I don’t see it that way because every year we budget for the same thing,” he said.
Daniel added:“Why should we throw away the chair that a director used and buy another chair for the next director? Why should a director going, go with a vehicle that he just bought two years ago and another director has to buy new vehicle. No.

See also  I Rejected Offer to Work with IBB--Kalu

“All these things should be capitalised and depreciated just the way it is been done in the private sector.

“It is when we do this that we will eliminate waste. We will manage capital expenditure effectively and we will be able to progress in this country.”(NAN))

See also  I Rejected Offer to Work with IBB--Kalu