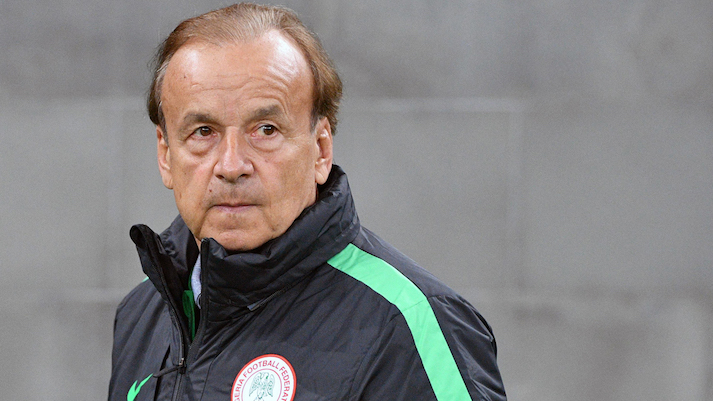 Super Eagles’ Technical Adviser, Gernot Rohr has called up 23 players for the team’s international friendly with the Senior National Team of Ukraine scheduled for Dnipro Arena on Sept. 10.

“Tyronne Ebuehi, who as a result of injury missed the 2019 Africa Cup of Nations (AFCON) finals where Nigeria won bronze, has been recalled after recovering from the injury.

“Equally, Oluwasemilogo Ajayi and Kelechi Iheanacho, who were cut from the roster just before the AFCON finals, have been invited to Ukraine.

“England-based duo of Alex Iwobi and Iheanacho have been listed in midfield roles.

“Germany-based goalkeeper Emil Maduka Okoye has been invited for the first time, alongside Scotland-based midfielder Joe Aribo, but there is no place for South Africa-based goalkeeper Daniel Akpeyi,’’ he said.

The News Agency of Nigeria (NAN) reports that Ukraine is rated number 25 on the FIFA ranking while Nigeria is rated 33rd.