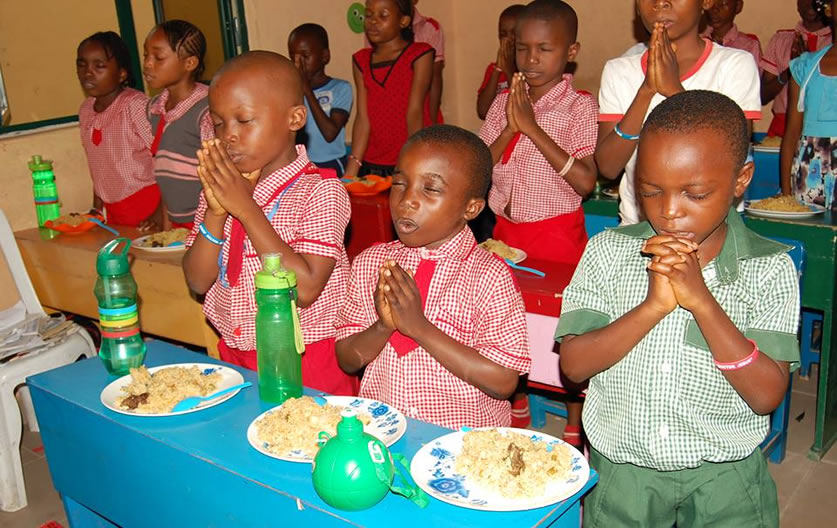 Former Special Adviser to the President on Social Investment, Maryam Uwais has appealed to the media to beam its searchlight on positive outcomes of the National Social Investment Programs (NSIP) in their analysis and appraisal of the various components of the intervention programme of the Buhari Administration instead of focusing on the negative outcomes.

She said that the appeal became imperative in view of the fact that reporting only bad outcomes could discourage funding and the continuation of a laudable programme that is addressing many needs in the rural economy.

Mrs Uwais made the appeal yesterday in Abuja while addressing a capacity building workshop on communication for communication officers of the National Home -Grown School Feeding team .

She noted that the programme was making significantly impact on the educational, agricultural and empowerment sectors in favour of poor and most vulnerable citizens.

She urged the participants to be proactive, circumspect and quick to dispel fake news to ensure that public opinion does not run against a well intended programme of government.

The former Presidential Advisor on Social Investment who was in charge of the SIPs between 2016 and May 29, 2019, underscored constructive criticisms as crucial to effective planning for better service delivery.

See also  History as Abuja Gets Youth Wing of KSM

“You are custodians of this project. You must ensure that when these fake stories come out, you put them in context. When they say something bad is happening here, there are enough positive outcomes to also say it is happening positively there”, she said.

According to her, the National Home- Grown School Feeding Program is achieving intended results as school enrolment and child nutrition have improved significantly in states where the programme is currently being implemented.

“The National Economic Summit Group, working with Accenture, conducted some impact evaluation studies on the School feeding program and has reported that the children are more diligent and more attentive in class because they now eat better”, she added. 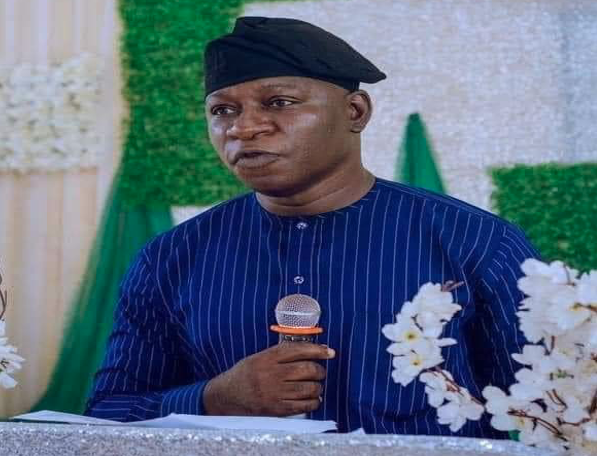 Former President Olusegun Obasanjo was misled to cancel the study of History and International Studies from school curriculum in Nigeria during his administration as Executive president.

A Professor of History and International Studies with Kogi State University, Anyingba, Professor Patrick Ukase said at the 5th anniversary roundtable of Daily Asset Newspaper in Nicon Luxury Hotel in Abuja with the theme: The Media, National Economy, Politics and 2023 Elections, that the presidential order at that time was ill conceived and ill motivated to a developing country with rich and diverse History.

According to him, ” Historians, academics and concerned Nigerians were really disburbed when the presidential order was announced by former President Olusegun Obasanjo that History was cancelled from the curriculum of Nigerian schools.

” Historical Society of Nigerian and many stakeholders fought the unfortunate presidential order by stating that if the younger generation didn’t know the History of the pre and post independence struggle, they wouldn’t learn, cherish, tolerate and strive towards moving the country forward.

” I once told an Engineer that History is just like the rearview mirror that guides motorists to drive safely and without it, driving would be fatal” He said.

Professor Patrick Ukase enjoins policy makers to always consider and adopt issues to do with national interest without prejudice to avoid the embarrassment that followed the cancellation and later reintroduction of History into Nigeria’s school curriculum.

The National Executive Council (NEC) of the Nigeria Union of Teachers (NUT) has rejected the recent sack of 2,357 of its members in Kaduna State.

The Union has therefore said it will embark on a nationwide strike should the Kaduna State government refuse to reverse the decision.

It would be recalled that the teachers in Kaduna state, including its National President, Comrade Audu Titus Amba were sacked by the Kaduna State government for failing a purported competency test.

But addressing neewsmen in Abuja on Wednesday, the Deputy President of NUT, Dr Kelvin Nwankwo said its President, Amba did not fail test as announced by the state government and therefore remains its national president.

The Union also said the action of Governor Nasiru El-Rufai is clearly to intimidate the NUT President and embarrass the Teachers in Nigeria, and accused the governor of using the tactics not to pay owed salaries.

The NUT NEC urged Kaduna State government to rather embark on continuous Teacher Training Programme, which would at the end of the day improve knowledge and service delivery by Teachers in the Public Schools of Kaduna State as obtains in other professions such as Nursing, Medicine and Law.

“The very concept of competency test is an aberration and absurd having regards to the fact that the teachers in Kaduna State have prior to their recruitment in the State Public Service attended schools and institutions statutorily saddled with the responsibility of Teacher education and these institutions have certified them to be competent, fit and proper to be Teachers.

See also  History as Abuja Gets Youth Wing of KSM

“In addition, the selfsame Kaduna State Government had subjected the teachers to scrutiny and test to ensure their suitability or otherwise for employment as Teachers before they were recruited by it.

“It is in the context of the above that the whole concept of a competency test which is only peculiar to Kaduna State is akin to a cocktail of absurdities and leaves a sour taste in the mouth, thereby validating the position of NUT that the intentions of the Kaduna State Government on this issue is everything but altruistic.”

Nwankwo further said Kaduna State is the second most indebted State in Nigeria and the State Government is on a free roller coaster move to satisfy the conditionalities handed down to it by its creditors, which normally includes downsizing of the public service without even the remotest regards to our peculiar circumstances.

“The whole concept of competency test was designed by the Kaduna State Government to achieve its inglorious aim of casualization of the teaching profession in Kaduna State.

“Otherwise, how else can one attempt a rationalization of the fact that the selfsame Kaduna State Government in the year 2018 dismissed/retired in one swoop 21,780 teachers purportedly for not passing its unilaterally and arbitrarily administered competency test and purportedly in replacement thereof recruited about 20,000 new teachers, who according to it were subjected to vigorous test and confirmed to be competent before they were recruited into the Kaduna State Public Service.

“In accordance with the Kaduna State Public/Civil Service Rules, these purported 20,000 Teachers were employed on a temporary basis and placed on a ONE YEAR probationary period.

“Their appointments were to be made permanent and pensionable after the one year probationary period.  However, rather regrettably five years down the line, these teachers are still under temporary appointment with the result that the Kaduna State Government can whimsically and shamelessly ask them to leave the public service without any terminal related benefits.

These selfsame 20,000 constitute the bulk of the 2,357 teachers, who are said not to have passed the latest in the series of competency test in Kaduna State,” he said.

The NUT scribe added that the manifest intention of the Kaduna State Government is to prey on the rather unfortunate existing non employment status of our teeming school leavers by recruiting them as teachers only to subsequently subject them to the raw deal it subjected the purported 20,000 teachers, thereby achieving its aim of casualization of the teaching profession in Kaduna State.

The Union also said the case of its dear President, Amba clearly establishes the fact that the whole concept of competency test in Kaduna State is arbitrary and lacking in certainty.

“He was not dismissed then for failure to write the competency test.  The question that readily agitates the mind in the circumstance is, what has changed in 2021/2022?

“It is also rather very sad and curious that the dismissal letter relative to the NUT President was in the Public domain via the social media even when it has not been served on him.

“The intention clearly is to intimidate the NUT President and embarrass the Teachers in Nigeria.  This like other anti labour and people policies of the Kaduna State Government has failed on arrival. We got news for His Excellency Mallam Nasiru El-Rufai and his co-travelers to wit:- power is transient,” the union stated.

NUT therefore,  reaffirmed its commitment to stand with its revered President Comrade Audu Titus Amba and all the teachers in Kaduna State, who have fallen victim of the anti labour policies in Kaduna State and which policies have defied all logic and lacking in milk of human kindness. 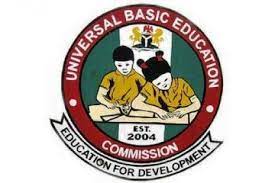 The Universal Basic Education Commission (UBEC), has denied a media report alleging that about N110 billion unutilized intervention funds accessed from the commission by states in 2021 was left in its coffers.

UBEC in a statement issued yesterday by its Public Relations Officer, Mr. David Apeh, described the report as fake and baseless.

“The report was not only a misrepresentation of comments made by the Executive Secretary of UBEC at a briefing to flag off the 2022 National Personnel Audit (NPA) but a mischievous way of distorting facts to put the Commission in the bad light,” the statement read.

According to the statement, the authors also falsely alleged corruption at UBEC and calling for thorough investigation and the culprits brought to book by the government while also talking about undue politicisation of UBEC Funds.

“These are false and baseless allegations that cannot be substantiated because the current management of UBEC and indeed the Executive Secretary has continued to run the affairs of the Commission in an open and transparent manner,” the statement added.

The statement argued that, to set the records straight, there is no time the Executive Secretary of UBEC, lamented that the 36 states and the Federal Capital Territory (FCT) were not coming forth with their counterpart funds that will enable them to access the annual matching grant.

“What the Executive Secretary said while responding to a question on the total amount of un-accessed fund was that it was between N28 to N30 billion but insisted that the account department should supply the correct figures at the end of the briefing so that wrong information is not sent out to the public”.

The statement further disclosed that the detail information supplied by the account department, the level of un-accessed matching grant from 2005-2021 as at 6th June, 2022 was N30.8 billion while the total of disbursements of matching grant to states stood at N533.7 billion over the same period.

“If there is any great achievement the current Executive Secretary, Dr Hamid Bobboyi, has achieved is in bringing down drastically the level of un-accessed funds through stakeholders’ engagement while also ensuring transparent management of the Funds” he added.

“It is also important to state that anybody who is abreast with the way UBEC operates as an intervention Agency, would understand that there is no way it would release money to coffers of states up to N110 billion without utilisation”.

“The way UBEC operates is that you must utilise the first allocation to you before you are qualified to access the next year’s matching grant. It is evidence-based and the projects are also strictly monitored by the Commission”.

“It is also instructive to make it clear that the 50% counterpart fund, which is one of the requirements for accessing the matching grant is a law as contained in the UBEC Establishment Act and requires amendment by the National Assembly. As such, it is not what UBEC would wake up one day and change as was suggested in the said Editorial by the Sun Newspaper”.

While all states and FCT have accessed 2005-2017 matching grant, three states of Anambra, Imo, and Ogun had not accessed any quarter in 2019 matching grant.

“One expects that one of the most widely read newspaper like Sun, should have done due diligence by cross checking facts before publication.