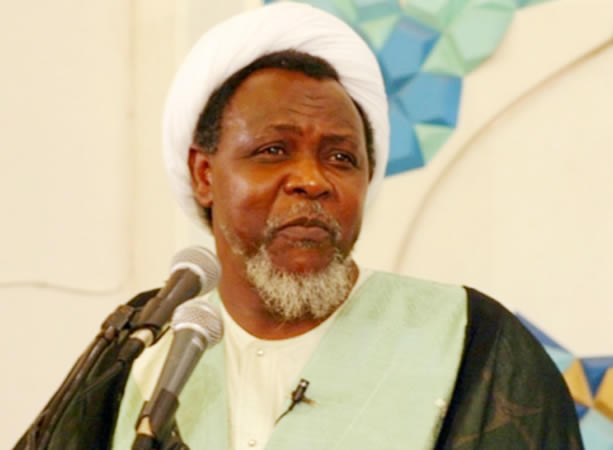 The Islamic Movement of Nigeria (IMN), on Friday confirmed the return of its leader, Sheikh Ibraheem El-Zakzaky, to Nigeria, but rejected reports that he refused treatment in India.

In a statement by its Media Forum, IMN said that the religious leader arrived in Abuja at noon.

In the statement signed by the forum’s President, Malam Ibrahim Musa, and made available to the News Agency of Nigeria (NAN) in Zaria, Kaduna State, IMN claimed that the leader was not allowed to speak with “the multitude” of newsmen that had waited for hours to speak with him on arrival.

It alleged that contrary to the view of the Federal Government that El-Zakzaky and his wife, Zeenat, refused treatment, they were “forcibly wheeled to a hospital without their personal physician that accompanied them from Nigeria”.

It further claimed that medics subjected the couple to physical examination in the absence of the doctors that initially examined them, and that their request to have their doctors were rejected.

The group claimed that another physician that came from London was also denied access to them in spite his being familiar with the sheikh’s case from Nigeria.

“It was at this point that Sheikh El-Zakzaky lost confidence in the whole process and refused any further attempt to be treated,” the group claimed.

IMN said that the group would continue the struggle to ensure that its leader got the appropriate medical treatment as ordered by the Kaduna High court.

The News Agency of Nigeria (NAN), reports that El-Zakzaky, who is facing an 8-count charge in a case of homicide filed by the Kaduna State Government, was granted leave for medical treatment by a Kaduna High Court on Aug. 5.

El-Zakzaky and  his wife, Zeenat, subsequently traveled to India via Duba, for medical treatment after the Federal Government and relevant agencies took steps to comply with the order in spite of protestation by the Kaduna State Government.

However, the Federal Government in a statement on Wednesday in Abuja, said that the religious leader was frustrating the authorities of the Indian hospital where he was to be treated.

In the statement,  “The true story on El-Zakzaky in India”, the government said that the cleric, who particularly chose Medanta Hospital, India for the treatment, had begun to display ulterior motives against laid down procedures.

The statement signed by Grace Isu Gekpe, Permanent Secretary, Federal Ministry of Information and Culture, said that the cleric refused to subject himself to preliminary medical checks after State officials resisted his pressure to hand over his International Passport to him.

“He also demanded free movement and access to visitors of all kinds, and also requested to be allowed to check into a 5-Star Hotel instead of being admitted in the hospital.

“That request was rejected on the ground that he came into the country for medicals, and not as a tourist, especially with the Visa issued on medical grounds and not for tourism.

“He also demanded that Police protection be withdrawn from him by the Indian authorities.

“Against medical ethics and standard practice, he requested to nominate Doctors of his choice to join the ones tasked by Medanta Hospital to perform medical treatment on him and his wife.

“That demand created a stalemate as the Hospital insisted that he would not dictate to it on the choice of medical personnel to carry the required medical treatment.”

The statement said that the Indian auth0rities, who were frustrated by his antics, had expressed willingness to return him to Nigeria with immediate effect on the account that they would not allow him to use their country to internationalise his group’s activities.

The Nigerian government commended the stand of the Indian Government and also apologise to her for the “unruly behaviour” of El-Zakzaky.

The statement affirmed government’s readiness to prosecute El-Zakzaky through due process, if and when he is returned to the country, urging Nigerians to ignore his claims that he was being held in circumstances worse than he was in Nigeria. 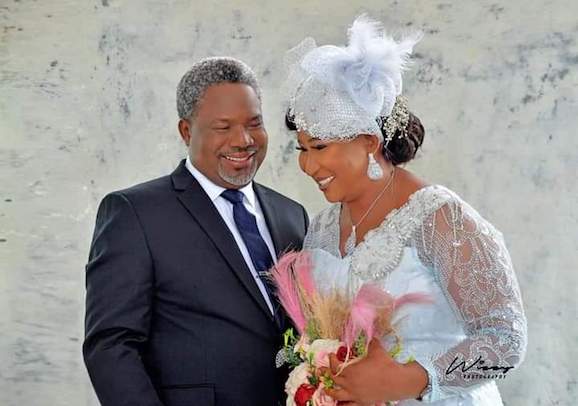 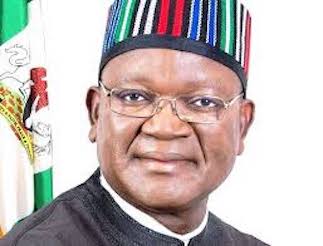 Benue State Governor, Samuel Ortom has recounted how Rev Samuel Alaha, who annointed him in 1992 to be governor of the state rejected a car gift from him when he eventually became governor.

Governor Ortom made this disclosure Sunday, January 23, 2022 as the guest preacher at Faithway Gospel Ministries, Gboko, with the theme, ‘Help from Above.

The Governor explained that after the prophecy by Rev. Alaha had been fulfilled and he became Governor in 2015, he visited the pastor and presented the new car in appreciation.

According to the Governor, even though Rev Alaha received the gift on the spot, “he called after few days to inform him that he appreciated the offer but begged to return it because he did not find it necessary.”

Governor Ortom described Rev Alaha as a committed and true man of God whom he knew since 1980 for his zeal and commitment in service to God, pointing out that as Governor, he is determined to executing God’s counsel to people of the state at all times.


Governor Ortom who took his text from Thessalonians 5:18 and Philippians 4:6, enjoined the congregation to be thankful for the air they breathe, stressing that whatever one passes through is a route to greatness.
See also  How Poverty, Poor Awareness Contribute to High Prevalence of Acute Malnutrition in FCT

He admonished the congregation to seek first the kingdom of God and its righteousness and assured that “all other things will be added onto you.”

Governor Ortom also called on  Christians to go back to the time when there was love towards one another “as it used to be in the past when we became Christians. True brotherly love is lacking today that is why there seems to be conflict all the times.”

Touching on the unity in the family, the governor told couples to begin to show love towards one another to celebrate accommodation, tolerance and faith in God.

Guest Speaker at the occasion and member representing Gboko-Tarka at the House of Representatives, Rt Hon John Dyegh appreciated Governor Ortom for being kind to Gboko saying he has done for Gboko what no governor had done since the creation of Benue.

The Federal Lawmaker testified that in 1993 after serving as Council Chairman of Guma, Governor Ortom gave out his only car and house to God, an action that generated much pressure from close family members and the Church decided to return his house to him.

During the Church service, the General Overseer of Faithway Prophetic Ministries, Rev Samuel Alaha and other ministers of God prayed for the Governor, the state and all political aspirants in Benue. 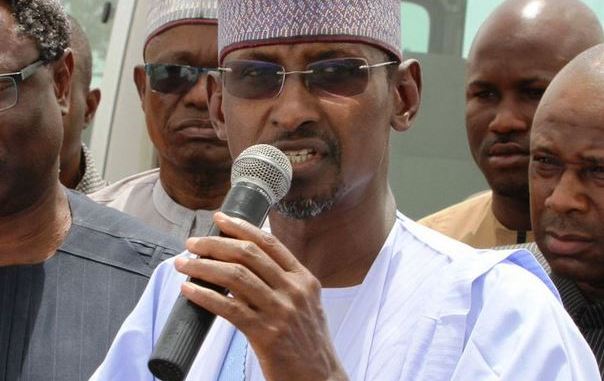 The Federal Capital Territory Administration ( FCTA) on Wednesday, insisted that  all religious and social gatherings must be limited to 50 per cent of the hall capacity and urged all worship centres planning an elaborate New Year eve religious rituals, popularly known as ” Crossover Night ” to obey instituted authorities and adhere strictly to the recommended preventive  measures and health guidelines.

In an interview with newsmen in Abuja, the Senior Special Assistant to the FCT Minister on Monitoring, Inspection and Enforcement Ikharo Attah,  said the surge in new cases of  COVID-19 was alarming, and the administration would not fold it’s arms and watch the situation go from bad to worse.

He also said that the ban on nightclubs and other social gatherings where physical distancing and non-pharmaceutical protocols cannot be achieved, remained in force.

He further disclosed that on  December 26 alone the city recorded an alarmingly disturbing 806 new cases,  while on the December 27 the new cases were 57.

Attah noted that on Tuesday December 28,  80 new cases were recorded in the nation’s capital, and that there must be government and all stakeholders’  effective collaboration to tackle the pandemic.

According to him, FCT ministers had at different occasions met with religious leaders and other stakeholders, creating synergy against the deadly pandemic, and also reiterating their commitments  to keeping Abuja safe and secured.

While he appealed to religious leaders and residents to ensure complete compliance with all the Covid-19 guidelines issued by the Health and Human Services Secretariat last week, he noted that enforcement team would be mobilized to track down violators who will be made to face the laws of the land.

He added that the administration will continue to do everything necessary to have a healthy and prosperous capital city that is free from diseases and all manners of anti-social elements in the New Year.

Meanwhile, the Nigeria Centre of Disease Control (NCDC) disclosed yesterday that Delta State topped the country’s daily COVID-19 chart on Tuesday with 194 out of the 599 cases recorded. The NCDC made this known on website on Wednesday morning.

The centre said the 194 cases were recorded from December 13 to December 27.

The Centre said the 599 cases on Tuesday showed another decline from the 859 registered on Monday.

The agency also said Lagos reported 35 cases on Tuesday while Ondo has 23.

The NCDC noted that the pandemic has claimed 3,027  lives across the country since the outbreak in 2020.

The NCDC stated that 213,180 have so far been treated and discharged.