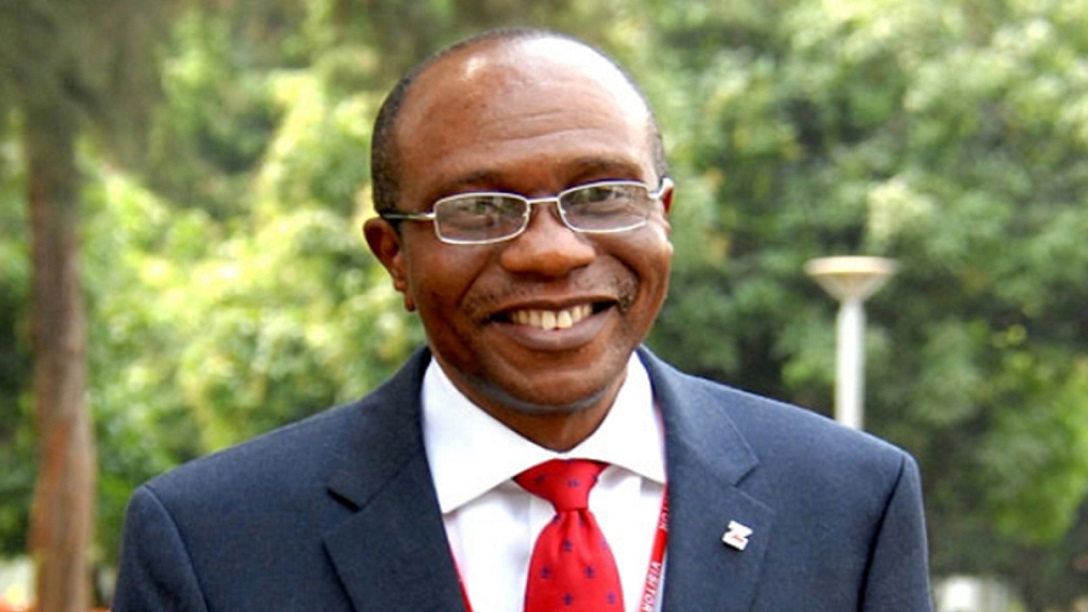 By Tony Obiechina, Abuja
The Governor of the Central Bank of Nigeria, Godwin Emefile said on Tuesday that recalcitrant debtors have exploited the lack of prioritization of credit recovery matters by the Nigerian judicial system to frustrate debt recovery efforts of financial institutions in the country.

Emefiele stated this at a workshop for judicial officers on recent reforms of the banking financial services sectors in Nigeria held in Abuja on Tuesday.
The Governor was represented by the Deputy Governor, Financial System Stability, CBN, Aisha Ahmad.

According to the Asset Management Corporation of Nigeria (AMCON), out of a total of N4.158trn bad loans, it has so far recovered over N1.48trn.
It still has 7,902 outstanding obligors with total outstanding loan of above N3.1trn, while 350 obligors alone account for over N2.053trn, with more than 70 per cent of total outstanding amount.
Emefiele disclosed the plan by the CBN to engage stakeholders in the Judiciary to enforce The Special Tribunal for the Enforcement and Recovery of Eligible Loans.
The Special Tribunal which is a provision of the Banks and Other Financial Institutions Act was introduced to accelerate credit recovery processes and enforcement of collateral rights.
Speaking on the significance of the BOFIA 2020, the apex bank boss said that the Act is expected to reinvigorate the Nigerian banking sector as it will engender a sound and stable financial system that will support sustainable growth and development of the Nigerian economy.
He said that the BOFIA 2020 also strengthens the Anti-Money Laundering and Combating Financing of Terrorism Framework by mandating regulated entities to comply with AML/CFT and cybersecurity regulations.
Emefiele also pointed out that the BOFIA contains provisions to effectively manage unclaimed funds or abandoned property in dormant accounts maintained with banks, specialized banks and other financial institutions, as well as recovery tools for failing banks.
BOFIA 2020 also provides enhanced recovery and resolution tools for failing banks, specialized banks and other financial institutions in order to prevent systemic crisis, maintain financial system stability and sustain depositor confidence, he explained.
See also  World Bank Approves N1trn Loan For Nigeria Power Sector
Related Topics:bankloan
Up Next

Land Donated to NALDA not for RUGA-ikonne 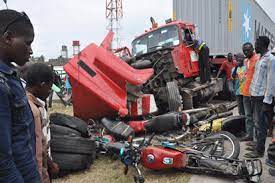 On the strength of the palliative works at the Mile 2-Tin Can segment
of the Apapa-Oshodi Expressway to ease congestion until the major
construction work is completed, managers of the electronic truck
call-up system have disclosed plans to deploy the technology on that
axis before the end of 2021.

This comes as the Trucks Transit Park (TTP), which manages the
electronic call-up system called eto, noted that the Nigerian Ports
Authority (NPA) has already approached the Federal and Lagos State
governments to get the contractor to provide palliatives to reduce the
chaos on the route.

The TTP Chief Operations Officer, Mr. Temidayo Adeboye, who listed
the company’s successes since their initial deployment in Apapa in
February 2021 to include reduction in cargo haulage cost and saner
wharf road, explained that “the same technology applied at Apapa Port
has been applied at Tin Can Port.”
However, “the major challenge at the Tin Can Port is the amount of
road construction going on around the area. The construction company
did not provide any palliative; all the trucks are passing on a single
lane, you have the area boys, the union (road transport and truckers)
and everyone, it is like a mad house.”
Meanwhile, Adeboye explained that after fixing the NPA trucks,
which account for 50 per cent of the Apapa traffic, the oil and gas
trucks (30 per cent) would be the next phase of vehicles to be brought
onboard the eto platform in the holistic plan for effective management
of the traffic situation.
According to him, “the only people not using eto and making life
difficult for us in Apapa are the oil and gas traffic. Though their
unions are coordinated, it would be better we have them on eto so as
to move them electronically. It will kill extortion completely and
ensure flow of traffic.”
With all the major oil marketers having the necessary
infrastructure to onboard their tankers, Adeboye noted that bringing
them onboard would be relatively easy. According to him, “it is easier
to control the major marketers than the independent marketers.
“All the six major marketers have what it takes to onboard the eto
– tanker parks, access control, pre-gate and CCTV. Within one week, we
can onboard the six major marketers because they have everything it
takes. We can now move to independent marketers; they can come
together and acquire land in Apapa for their truck park.”
These challenges notwithstanding, the truck electronic call-up
system has caused a drastic drop in haulage cost from Apapa port, with
cargo haulage from Apapa to locations within Lagos crashing from N1.5
million to the current N200,000, even though import is peaking.
Adeboye recalled that before eto deployment, haulage of a 40ft
container from Apapa to warehouse within Lagos was N1.5 million but
now N400, while a 20ft container, which was previously transported at
N800,000, now costs N200,000.
He added: “People are beginning to come to terms with the fact that
the eto technology is working and that is why there is sanity in Apapa
ports. As we have added technology, we have removed human interface.”
See also  SEC Vows to Protect Capital Market Investors
Continue Reading

By Tony Obiechina Abuja
The Executive Chairman of the Federal Inland Revenue Service, Muhammad Nami said on Thursday that the Federal Government can generate more revenue from Capital Gains Tax and Stamp Duty.

He added that the government’s efforts to boost revenue are currently hindered by insecurity, high exchange rate and the effects of the Coronavirus pandemic.
The FIRS Boss said, “The Federal Government needs money to provide more critical infrastructure, maintain existing ones and provide medical and educational facilities to the teaming youth and by extension reduce unemployment.
“I believe that this occasion will generate new ideas, innovations and strategies for enhancing revenue collection by the Federal and State governments through their various Revenue Authorities.
“Looking at the topics for paper presentation, discussions will center on Stamp Duty and Capital Gains Tax.
“These taxes are currently not being adequately collected and it is my sincere hope that discussions here will generate the much needed drive for efficient administration of these taxes and ultimately increase revenue generation by both the State and Federal governments”, he added.
Also speaking at the event, the Accountant General of the Federation, Ahmed Idris, said there was need for the country to spend more on critical infrastructure.
“What is clear is that we need for revenue, the challenge we have is not that our budget is big. The DG budget has also reiterated this, he said that what is required is for us to spend more, considering the infrastructural deficit that we have.
“That is why the Minister of Finance has always mentioned that the challenge we have in the country is a revenue challenge,” he said.
He added that the Office of the Accountant General remains committed to the implementation of public financial reforms that are meant to deepen transparency, efficiency and accountability, in the use of public resources for the common good of Nigerians.
See also  NEC Approves N2trn Loan from Pension Fund for Infrastructure
Continue Reading 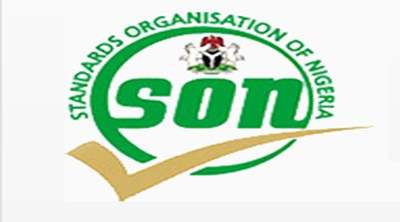 The Standards Organisation of Nigeria (SON) said it is seeking partnership with the Nigerian Army on intelligence sharing, surveillance and enforcement against sub-standard goods throughout the country.

This is contained in a statement issued to newsmen by the SON Public Relations Officer South-East/South-South region, Mr Paul Iorkyaa, in Enugu yesterday.

The statement said that SON’s State Coordinator for Rivers/Bayelsa, Mr Sam Ayuba, sought the collaboration when he paid a courtesy visit to the General Officer Commanding (GOC) 6 Division of the Nigerian Army, Maj.-Gen.

It said that the event took place in Port Harcourt on Oct. 13.

Ayuba noted that there was the need to strengthen the collaborative relationship between the Agency and the Division in fighting the menace of substandard products manufactured in the country and those smuggled in through the borders.

“The sales of substandard products in the markets including army mini-markets were of huge risk to consumers.

“SON is deeply concerned with incessant influx of substandard and fake products, both local and imported, in the South-South zone of the country.

“We, therefore, call for the assistance of the Nigerian army through the Division on intelligence sharing, surveillance and enforcement operations.

“SON relies on intelligence from sister agencies such as the Nigerian Army, consumer complaints and other sources to gather information for her operations, hence the need for such partnership in crime fighting,” the coordinator said.

Responding, Mohammed said that the Division was ready to collaborate with any progressive thinking Agency or Organisation in the area of security and protection of lives and property.

He said that the assurance was in line with the Chief of Army Staff (COAS), Lt.-Gen. Faruk Yahaya’s, vision.

He explained that the COAS vision is: “To have a Nigerian Army ready to accomplish assigned missions within a joint environment in the defence of Nigeria”.

The coordinator also sought the cooperation of the Battalion in getting rid of substandard products; while commending the Army for its unflinching efforts toward keeping the country safe.

Ayuba also called for ways to sustain the formidable working relationship that had existed between the Agency and Battalion before now.

Responding, Mashegu said that SON should expect nothing short of standard from the battalion, especially in providing the Agency with worthy officers and soldiers for her operations as well as relevant intelligence when needed.(NAN)