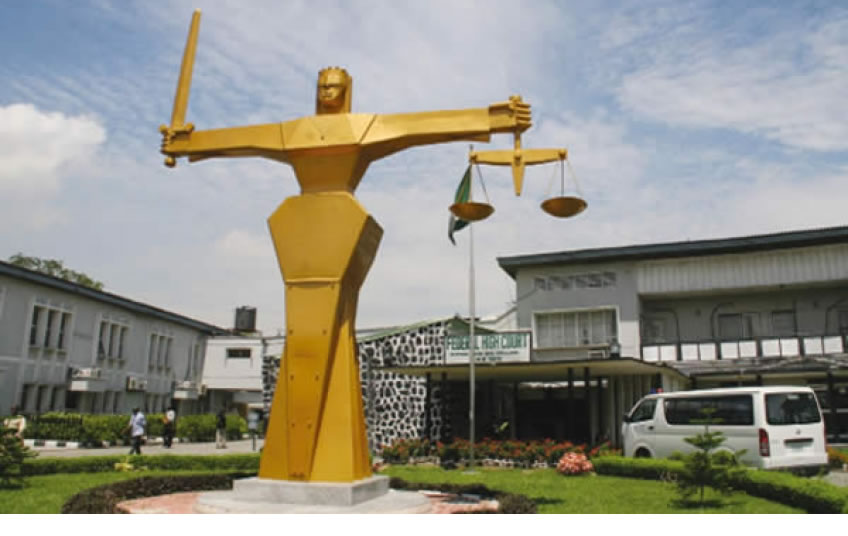 Yakasai, who was ushered before the court by Abiodun Jelili Owonikoko(SAN) according to the court, Yakasai  would  not be permitted  to testify owing to the  discovery that his name  was not enlisted amongst the witnesses before the court.

Earlier, Barrister Owonikoko(SAN) told the court that the witness had made deposition, urging the tribunal to permit the  witness to give evidence.

Counsel to the first respondent(INEC), Adedayo Adedeji raised an objection over  the  appearance of Yakasai before the court.

He told the court that the name on the list of witnesses was one Tijjani Yakasai and not Dr Umar Tanko Yakasai.

According to him, the tribunal on 16th July rejected an application made by PDP, requesting  to amend the list of witnesses, he  stated that Umar Tanko Yakasai was on the list sought to  be amended, which was  dismissed by the tribunal.

He argued that the witness despite his deposition on oath is not qualified to testify, explaining that his name ought to also  be enlisted to be eligible to give evidence.

Adedayo further  told the court that the attempt by PDP  to bring Yakasai into the witness box was a flagrant disregard of  the Tribunal.

He prayed the Court to stop Yakasai from testifying before the tribunal.

The tribunal presided by Justice Halima Shamaki granted the request made by the respondents, explaining that her decision to stop the witness from giving evidence  was informed by the ruling, delivered by her tribunal, dismissing the request for an amendment on the list of witnesses.

According to her, the petitioners have filed an appeal challenging her initial ruling on the application seeking to make amends to the list of witnesses, on this ground, she said “my hands are tied” saying Umar Tanko Yakasai   would not be allowed to testify.

Ganduje, represented by his Counsel, Offiong Offiong(SAN) raised an alarm, against the attempt by  Umar Tanko Yakasai to give evidence before the governorship tribunal.

Ganduje told the court that  the Kano PDP through the back door  attempted to present a witness to testify before the tribunal.

According to him, the name on the list of witnesses was enlisted as  one Tijjani Yakasai and not Dr Umar Tanko Yakasai.

Adding that the tribunal on 16th July rejected an application made by PDP, requesting  to amend the list of witnesses, he  stated that Umar Tanko Yakasai was on the list sought to  be intended amended list, which was  dismissed by the tribunal.

Counsel to the petitioners, Barrister Abiodun Jelili Owonikoko(SAN) furiously resent the use of the word “smuggle” by the representative of Governor Ganduje. 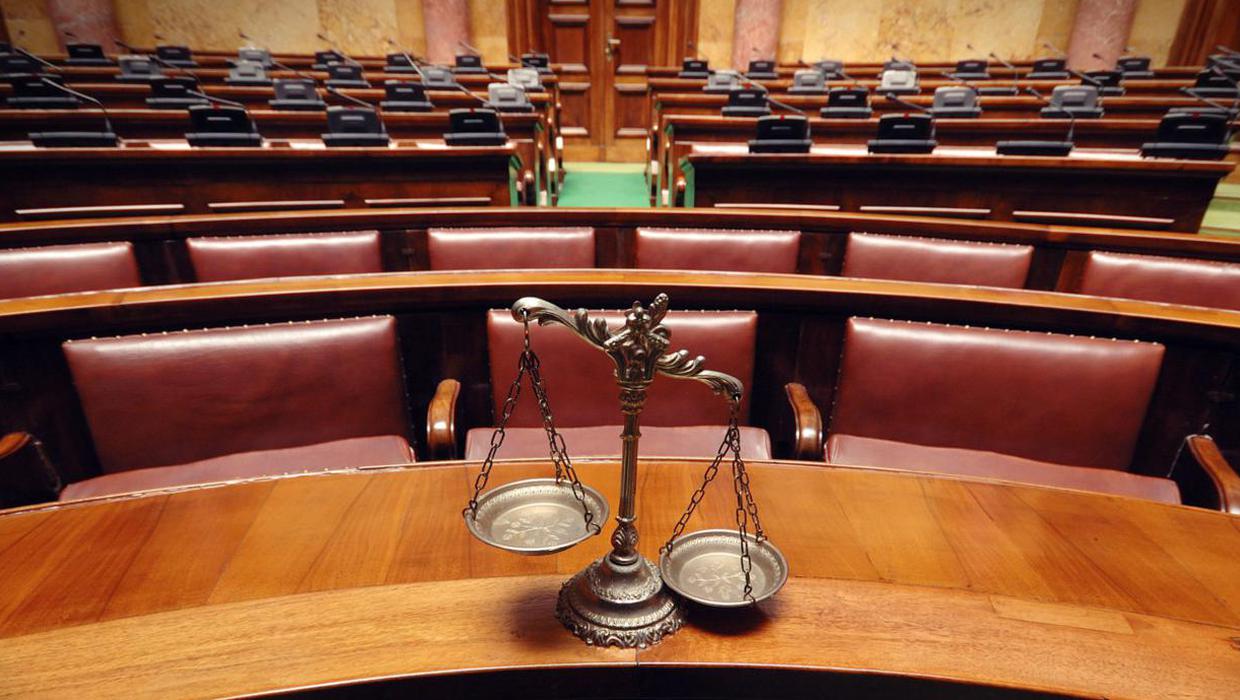 President Muhammad Buhari yesterday at the Council Chambers of the State House, Abuja swore in Justice Olukayode Ariwoola as the acting Chief Justice of Nigeria, to replace Bauchi-born Justice Tanko Mohammad who resigned from the position early yesterday on health grounds.

By the swearing in Chief Justice Ariwoola, who hails from Iseyin District of Oyo State becomes the third CJN in the seven years of President Buhari administration cumulatively in both in acting and substantive capacities.

In March 2017, Professor Yemi Osibanjo in his capacity as Acting President  nominated Justice Walter Onnoghen as the Chief Justice of Nigeria to replace Justice Mahmud Mohammed. And in January 2019, Justice Onnoghen was suspended for alleged false asset declaration, paving the way for Justice Tanko Mohammad.

Justice Ariwoola, born on August 22,1958 started out at the Local Authority Demonstration School, Oluwole in Iseyin Local Government Area of Oyo State between 1959 – 67. Afterwards, he proceeded to the Muslim Modern School in Iseyin between 1968-69, before going to Ansar – Ud – Deen High School, Saki in Oyo North District of Oyo State.

He studied Law at the then University of Ife, now Obafemi Awolowo University, Ile Ife, Osun State where he bagged his bachelor of law’s degree with honours in July 1980. In July 1981, Ariwoola was called to the Nigeria Bar and he got enrolled at the Supreme Court of Nigeria as a Solicitor and Advocate soon after. The jurist served as a Justice of the Court of Appeal between 2005 -2011 in Kaduna, Enugu and Lagos divisions within the period. He was also a judge of the High Court of Oyo State, a position he was appointed to in 1992 from private legal practice.

Justice Ariwoola was the next most senior among the Supreme Court justices after the voluntarily retiring Justice Mohammad. Observers had watched out if the administration of President Buhari would flout orderly procedure in the appointment of Justice Mohammad’s replacement.
Former senator representing Kaduna Central Senatorial District, Senator Shehu Sani had urged the government not to cut corners “in order to find a person who will fit into the political, sectional, religious or ethnic peg of the ruling establishment” but rather do the needful by following the established order for such appointments by the Apex Court.

But in a swift response to the allegations, Justice Mohammad through his media aide, Mr. Ahuraka Isah berated the fueding justices for taking the issue to the public realm; an action he likened to “dancing naked in the market square”. His spokesman would later advise the public that there’s no hostility or ill feelings among the justices of the Apex Court, adding that Justice Mohammad had held a meeting with the aggrieved justices to assuage their grievances.

Meanwhile, prior to the climax of the feud, Justice Ejembi Eko who retired from the Supreme Court on May 23,2022 had called on the Independent Corrupt Practices and other Related Offences Commission, ICPC and other investigative agencies in the country to probe and expose what he described as internal fraud in the management of the budgetary resources of the judiciary.

” The vandalization of the judiciary budget, despite increase of the budgetary allocation calls for investigations by the ICPC and other investigatory sgencies, “he said.

Similarly, Justice Walter Onnoghen who was forced out  out of office by the President Buhari administration in 2019 and replaced with Justice  Mohammad had at a book launch on June 16,2022 warned that the Supreme Court was gradually turning to “a glorified High Court”, owing to the ill treatment of the justices.

DAILY ASSET recalls that in a bid to restore calm and order at the Supreme Court,both the Body of Benchers and the Nigeria Senate, through the Committee on Judiciary, Human Rights and Legal Matters,as mandated by the Senate President, Ahmed Lawan waded into the crisis “to as a matter of urgency intervene and bring normalcy to the troubled Apex Court. 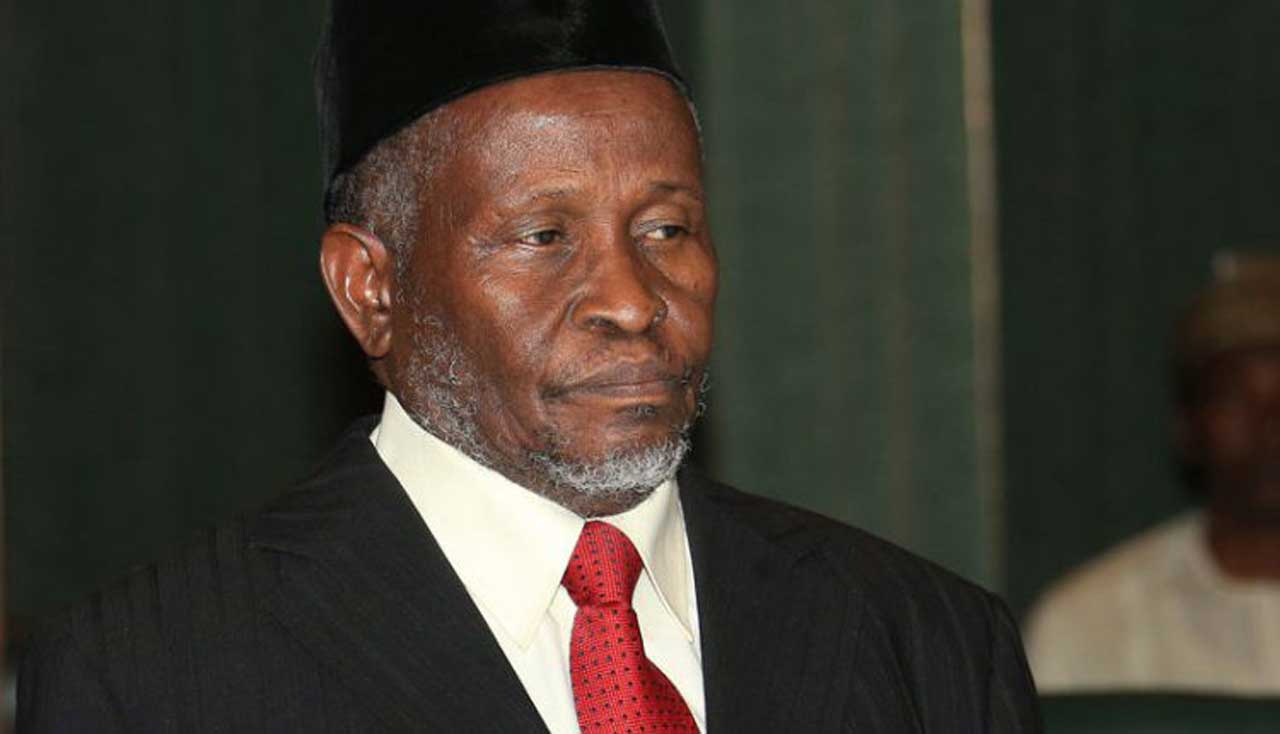 Mohammed resigned in a letter to President Muhammadu Buhari.

Buhari swore in Mohammed as the acting CJN in January 2019 following the suspension and later sack of former CJN Walter Onnoghen.

CJN’s Special Assistant on Media, Isah Ahuraka, confirmed his resignation to the News Agency of Nigeria.

Justice Olukayode Ariwoola is the next most senior judge to Justice Mohammed following Justice Mary Odili retired on May 12 after attaining the retirement age of 70.

Mohammed’s resignation comes amid the corruption allegations leveled against him by some Supreme Court judges.

The justices said their annual foreign training, meant to enhance capacity building for the country’s judicial process, had been blocked by Muhammad.

The main issues put forward by the justices in their letter through a welfare committee were; non-replacement of poor vehicles; accommodation problem; lack of drugs at the Supreme Court clinic; epileptic electricity supply to the Supreme Court; increase in electricity tariff; no increase in the allowances for diesel; lack of internet services to residences and chambers.

In response, Mohammed told the judges that the Supreme Court was cash-strapped and cannot grant their requests.

CJN noted that the Supreme Court, like any other establishment in the country, has been hit by a devastating economic crunch.

As a result, he said the leadership of the court under him could no longer meet some of its obligations to Justices, especially in the area of welfare.

He, however, said that the memo sent to him by the aggrieved Justices, notwithstanding, there is no rift between him and Justices of the apex court.