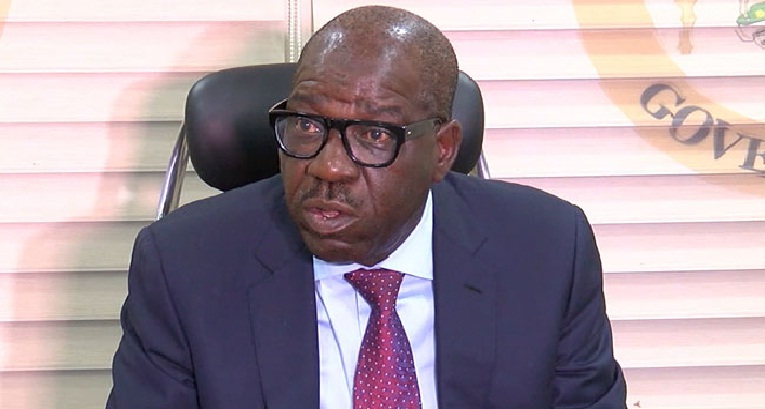 Any interest rate above five per cent is not suitable for development, Edo Governor, Mr Godwin Obaseki said in Lagos on Saturday.

He said while answering questions from journalists that that explained why he was sticking with the World Bank loans.

“I get a moratorium. I get an interest of less than one per cent and it is like a grant.

“You have to ensure that whatever you borrow, you ensure that you spend it well, to enhance development,’’ he said.

On security, Obaseki said like Politics, it was a local issue.

The governor disclosed that his administration was registering and gathering the biometric data of all vigilance groups in Edo, with a view to coordinating them better.

“The Citizens’ Response Centre is in my Office. If you allow them to operate from the Police Headquarters, they will operate the way the Police operate. I want to be able to take charge of their activities,’’ he said.

Iyamu said that those accusing Gov. Obaseki of manipulating the activities of the House may not be aware that prior to the inauguration, the Clerk is the Chief Executive officer of the House.

He said that the 12 outstanding members-elect of the 7thEdo House of Assembly who have yet to present themselves for inauguration are free to do so whenever they complete their documentation procedures.

Recall that the Edo Assembly was inaugurated on June 17, 2019 with nine of its elected 24 members.

He explained that three more have so far presented themselves for inauguration, in addition to the previous nine.

“If you have yet to complete those formalities, you cannot be inaugurated. Some of those members-elect said they were not around when they were asked to come for inauguration because they had not completed their documentation procedures.”

The Solicitor-General, however, said that there was a subsisting court order on the matter, hence the state government was restraining itself from commenting on the issue.

“The matter is before a competent court of law whose business it is to adjudicate in such situations of dispute,’’ he said.