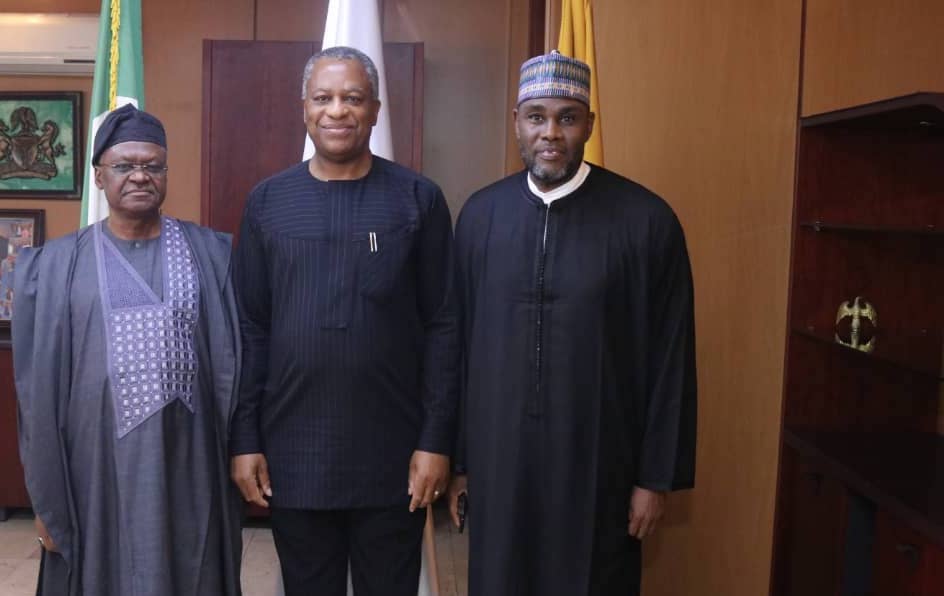 Foreign Affairs Minister Geoffrey Onyeama flanked by the Minister of State Amb. Zubairu Dada (left) and the Permanent Secretary in the ministry, Amb. Mustapha Suleiman ( right) pose for a shot when the minister assumed office on Wednesday in Abuja.

Onyeama made this known in Abuja on Wednesday when he assumed office following his reappointment as Minister of Foreign Affairs.

He said that his focus would be in line with President Muhammadu Buhari’s agenda which aims to make to make the Nigerian economy to be reckoned with at the ECOWAS, African Union, and global level.

Onyeama said that in implementing foreign policies, the ministry would be  more aggressive and robust in engaging countries to ensure that the human rights and security of Nigerians anywhere in the world were respected.

He said that to that effect, a call number would be made available to Nigerians living abroad to enable them to call and ask for assistance wherever they were.

Speaking on the attacks on Nigerians in South Africa, Onyeama said that both countries would work on growing a special relationship between them at the presidential level.

He explained that in the framework, the issue of the security of Nigerians in South Africa would be addressed at the  highest level.

Onyeama said that there was also a trust deficit between Nigerians living in South Africa and the South African Police.

He said that it was important to get both parties to work together toward addressing the issue.

”Essentially, the priorities of Mr President is what we have to focus on and build from which are security, anti-corruption and the economy

“We have just signed to the African Continental Free Trade Area (AFCTA) and this can be a game changer for the continent and with 200 million people, we really would define the success of the AFCTA.

”So, we are going to have to cooperate and coordinate with the Ministry of Trade and Investment to ensure that we get maximum benefits from African integration.

”Another important area of Mr President’s priority would be repatriation of looted funds across the world, engaging with countries to get all the stolen funds returned to us.

“And at the Multilateral level, at the UN level, we are going to be President of the UN General Assembly for one year, starting from September.

“We have to leverage on that position to secure as much benefit at the global level for Nigeria,” Onyeama said.

Onyeama called for the support of Members of staff of the Ministry so that they could all work together to achieve the visions of President Buhari for a greater Nigeria.

Also speaking, Amb. Zubairu Dada, Minister of State, Foreign Affairs pledged his support to work with the Minister and staff of the Ministry .

”We are supposed to work as a team because that is the mandate that has been given to u and we can only succeed if we put our hands together.

”In me you find a ready student, back to do some re-learning and I would urge you all to be kind enough to allow me learn from you,” Dada said. (NAN) 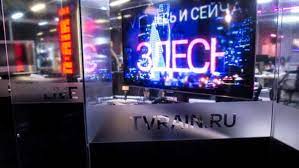 The Islamic Republic of Iran disbanded its morality police following the widespread protests that erupted in the country from the death of a 22-year-old Kurdish woman, Mahsa Amini in their custody, according to AFP.

Amini was arrested and detained by the morality police for breaching the hijab women’s dress code on September 13 and she died on September 16, which triggered demonstrations the following day.

Montazeri was also quoted as saying morality police had been “abolished” but the media has not been given attention to make comments, saying the interior ministry supervises the force, not the judiciary.

On the hijab law, Montazeri said, “We know you feel anguished when you witness [women] without a hijab in cities, do you think the officials are silent about it? As someone who is in the field of this issue, I say that both the parliament and the judiciary are working, for example, just yesterday we had a meeting with the cultural commission of the parliament, and you will see the results within the next week or two.

Reacting to a reporter who asked if the country’s morality police were being disbanded, Montazeri said, “Morality police have nothing to do with the judiciary. It was abolished from the same place it was launched. Of course, the judiciary will continue to monitor society’s behaviour.”

The country has been protesting and the majority of the women have been actively involved, despite the crackdown by the security agents. Two prominent Iranian actresses – Hengameh Ghaziani and Katayoun Riahi were arrested for colluding with protesters.

Iranians, in their continued agitation, celebrated the country’s loss to the USA at the World Cup tournament in Qatar on Tuesday. The incident led to the killing of Mehran Samak shot by the police.(vanguard)