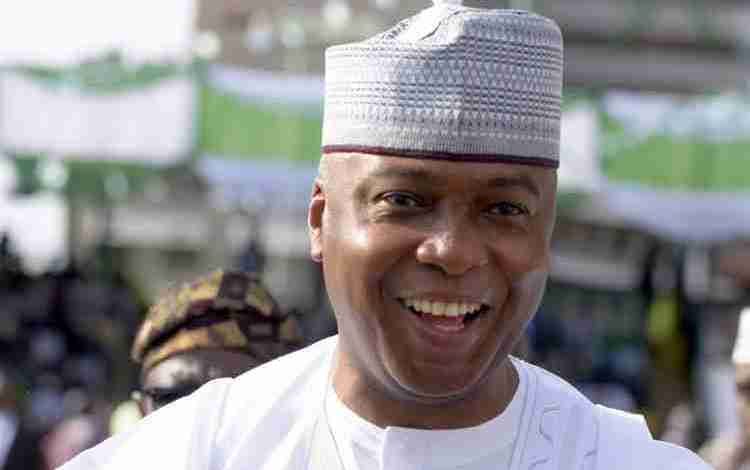 .To Roll Back  Poverty, Unemployment

Peoples Democratic Party (PDP) presidential aspirant, Dr Abubakar Bukola Saraki has described himself as the type of leader Nigeria needed at the moment, given his courage and conviction to make positive differences if he got the party’s ticket and eventually won the election.

Besides, Saraki noted that he was the bridge between the North and South, Muslims and Christians, the young and the old and as such best placed to serve.

The former Senate president spoke at a Breakfast Meeting with Media Executives in Abuja where he explained the basis for his presidential aspiration.
The occasion was attended by PDP stalwarts, and delegates to the forthcoming National Convention of the party and a retinue of  his political associates.


“I will arrive in the office with a well-thought-out plan of my own; I will implement my plans with courage and conviction; and I will work every single day as if it would be my last,” Saraki stated, in an impressive extempore speech that drew applauses from his audience.

The former Governor of Kwara State urged those who were still doubtful of his capabilities to  give him a chance to prove them wrong.

“I can do it. My portfolio of experience at the executive level, and at the highest legislative institution of our country, makes me a unique asset in democratic leadership at a time that calls for consensus building, for cooperation and for compromise.

“I know how business works. I know how government functions. And I know how the legislature operates. This diverse experience stands me out. And I will bring the experience to bear in getting the most critical constituencies behind the tough decisions that we must take if Nigeria must survive,” he stated.

He observed that Nigeria’s journey to greatness was retarded because of leadership challenge over time saying he was the leader to turn things around.

“We never lacked ideas in this country. We all seem to know what needs to be done. What we have missed is leadership; the ability to rally everyone and everything around agreed priorities, to set measurable targets, to be uncompromising in achieving results, and to accept no excuse or justification for failure. This critical vacuum is what I intend to fill. This leadership with a purpose is what I bring to the table, and this is what would make the difference.

“You may also ask; how long would it take to solve all these problems?  I agree, the problems that we face are so many and so daunting that we may not solve them all in the lifetime of a presidency or even in our lifetime. But that is not the point. The point is not whether we would be able to solve all the problems; or whether I possess a magic wand that will turn our country into a paradise overnight.

Saraki announced a plan to deliver 500,000 housing units for the masses annually if elected president, regretting that 65million Nigerians were still living in slums across the country.
Similarly, he pledged to transform the nation’s educational system and make the nation’s universities and other tertiary institutions competitive globally and end the perennial strikes by Academic staff Union of Universities (ASUU)

“As long as our university lecturers still have reasons to embark on strike actions; as long our universities still rank outside the top 1000 in the world, then our job is not done. And this is why I want to be President, because I will ensure that our universities and higher education institutions are competitive and well-funded, adopting models and approaches that have served the most successful higher education systems in the world” he pledged.
He also announced a healthcare programme, anchored on a robust health insurance scheme that will trickle down to the downtrodden at the grassroots.