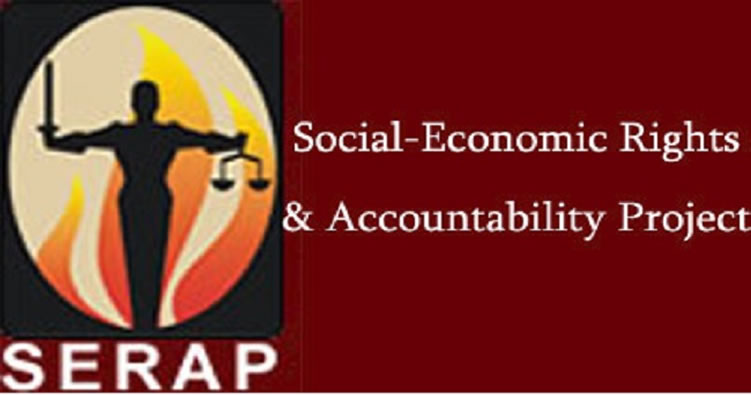 The Socio-Economic Rights and Accountability Project (SERAP) has filed a suit in the Federal High Court, Lagos, against the Code of Conduct Bureau (CCB) over the CCB’s claim that it could not disclose details of asset declarations submitted to it by successive presidents and state governors since 1999 because doing so “would offend the right to privacy of presidents and state governors.

The CCB had last week refused a Freedom of Information request by SERAP, stating that: “Asset declaration form is private information.”

But in the suit number FHC/L/CS/1019/2019 filed last Friday, SERAP argued: “Asset declarations of presidents and state governors submitted to the CCB are public documents. Public interest in disclosure of the details of asset declarations sought by SERAP clearly outweighs any claim of protection of the privacy of presidents and state governors, as they are public officers entrusted with the duty to manage public funds, among other public functions.

According to SERAP: “A necessary implication of the rule of law is that a public institution like the CCB can only act in accordance with the law, as to do otherwise may enthrone arbitrariness. The CCB does not have reasonable grounds on which to deny SERAP’s FOI request, as it is in the interest of justice, the Nigerian public, transparency and accountability to publish details of asset declarations by presidents and state governors since the return of democracy in 1999.”

SERAP also argued that: “Disclosing details of asset declarations of public officers such as presidents and state governors would improve public trust in the ability of the CCB to effectively discharge its mandate. This would, in turn, put pressure on public officers like presidents and state governors to make voluntary public declaration of their assets.”

The suit filed by SERAP counsel Adelanke Aremo read in part: “The right to receive information without any interference or distortion should be based on the principle of maximum disclosure, and a presumption that all information is accessible subject only to a narrow system of exceptions. It is a settled principle of law that details such as asset declarations of presidents and governors should be disclosed if there is an overriding public interest in having access to such information, which is clearly so in this matter.”

“Democracy cannot flourish if governments operate in secrecy, no matter how much open discussion and debate is allowed. The very nature and quality of public discussion would be significantly impoverished without the nourishment of information from public authorities such as the CCB, and to guarantee freedom of expression without including the right to know would be a formal exercise.”

“Given that many public officers being tried for or convicted of corruption are found to have made a false declaration of their assets, the CCB should no longer allow politicians to undermine the sanctity and integrity of the asset declaration provisions of the Constitution by allowing them to continue to exploit legal gaps for illicit enrichment.”

“Allegation of false or anticipated declarations by public officers apparently to steal or mismanage public funds is a contributory factor to Nigeria’s underdevelopment and poverty level. All efforts to get details of asset declarations by presidents and state governors have proved abortive.”

“The right to information and truth allows Nigerians to gain access to information essential to the fight against corruption, institutionalise good governance and improve citizens’ confidence in public institutions.”

“Persistent refusal by successive presidents and state governors to make public their asset declarations is entirely inconsistent with the letter and spirit of the 1999 Constitution, and has been particularly harmful to the country and its people, especially given the widespread evidence of grand corruption among politicians holding public offices in Nigeria.” “Sections 1, 2, 4, 7, 9, 20 and 31 of the FOI Act are clear and unambiguous, stating a clear intention to make public information such as details of asset declarations by presidents and state governors more freely available to the members of the public and a clear obligation on the part of public institutions to proactively keep proper records in a manner that facilitates public access to such information or record.”

“It is a settled cardinal principle of statutory interpretation that where in their ordinary meaning the provisions are clear and unambiguous, effect should be given to them without resorting to external aid. SERAP therefore submits that the use of the word “shall” in sections 2 and 4 of the FOI Act 2011 connotes that the provisions are mandatory and must be complied with to the extent provided by the Act.”

SERAP is, therefore, seeking the following reliefs: “An order granting leave to the Applicant to apply for judicial review and to seek an order of mandamus directing and compelling the Respondent to compile and make available to the Applicant information on specific details of asset declarations submitted to the Code of Conduct Bureau by successive Presidents, Vice Presidents, Senate Presidents, Speakers of House of Representatives, State Governors and Deputy Governors from 1999 to 2019 and to publish widely including on a dedicated website, any such information.

An order granting leave to the Applicant to apply for judicial review and to seek an order of mandamus directing and compelling the Respondent to compile and make available to the Applicant information on the number of asset declarations so far verified by the Code of Conduct Bureau and the number of those declarations found to be false and deemed to be in breach of the Code of Conduct for Public Officers by the Bureau and to publish widely including on a dedicated website, any such information.

AN ORDER granting leave to the Applicant to apply for Judicial Review and to seek an order of mandamus directing and compelling the Respondent to immediately take cases of false asset declarations to the Code of Conduct Tribunal for effective prosecution of suspects, and include banning the politicians involved from holding public offices for at least a period of 10 years and seeking refund of stolen public funds as part of the reliefs to be sought before the Tribunal

And for further order or orders as this Court may deem fit to make in the circumstance No date has been fixed for the hearing of the suit.