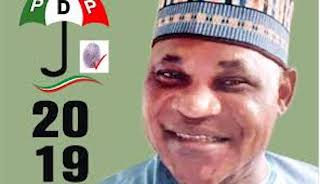 Mr Musa Wada has emerged the candidate of the Peoples Democratic Party in the Nov. 16 governorship election in Kogi State.

The Chairman of the governorship primary election committee, Ahmadu Fintiri, told newsmen on Wednesday in Lokoja that Wada emerged by polling 748 votes to beat 12 other aspirants.

Fintiri, who is the Governor of Adamawa, also disclosed that another aspirant, Abubakar Ibrahim, polled 710 votes to come second, while former Gov.

The committee chairman said that he decided to announce the results, having been satisfied that the conduct of the primaries had complied substantially with the provisions of the party’s constitution.

“We have performed well and we should be commended by all the aspirants,” the governor said.

He said that 2,388 delegates were accredited for the election while 2,109 votes were cast. He also said that 54 voided votes were recorded, with 244 unused ballots, while 247 ballot papers could not be accounted for.

Fintiri also said that the 247 missing ballot papers could be as a result of the invasion of the venue of the primary by yet-to-be-identified gunmen, saying that the number was not enough to damage the integrity of the exercise.

He added that any aggrieved aspirant was free to lodge appeal with the national secretariat of the party.

In his reaction, Melaye expressed dissatisfaction with the conduct and the outcome of the election.

He claimed that the winner was allowed to bring over 600 votes from his house which, he said, the committee accepted and counted in his favour.

Melaye, who spoke through his agent, Mr Femi Obalemo, said that he would appeal the decision of the committee.

Also speaking, Ibrahim, who came second, said that the winner defeated him with 38 votes, which, he said, was not up to the missing 247 ballot papers.

He expressed the confidence that if the missing ballot papers could be recovered, he would emerge the winner.

Wada, who was declared winner, appealed to other contestants to accept the result in good faith and in the interest of the party, promising to carry them along in all the processes leading to the real election. (NAN)
KKA/WAS

See also  2023: Our Doors are Open for Credible Persons---APGA 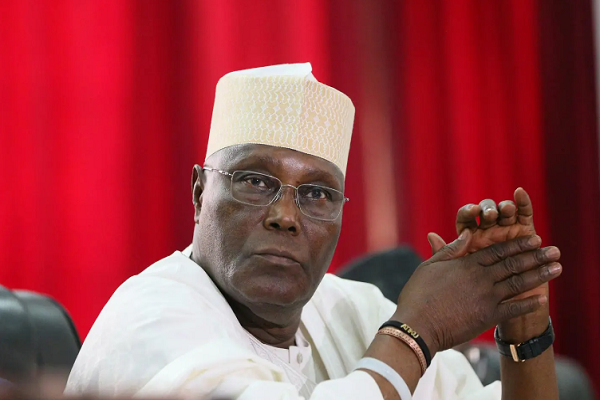 Peoples Democratic Party (PDP) Presidential Candidate Atiku Abubakar says he will ensure Nigeria is restructured within six months of his administration if elected.

He said this at the PDP Presidential Diaspora Campaign Grand Finale held in Abuja.

Atiku, who was represented by former National chairman of the PDP, Dr Okwesilieze Nwodo, said that sufficient research work needed to achieve restructuring in Nigeria had been concluded.

Nwodo is the Deputy Director, Research and Strategy, of the PDP residential Campaign Council ( PCC).

He said that Nigeria worked better when every region controlled its natural resources.

The former Vice president recalled that existing socio-economic developments were put in place when regions controlled their resources.

“When we are talking about restructuring by Executive Order, in the first six months, this country will not be what you are seeing today.

“This has been worked out and I’m just waiting to be sworn in on May 29 and the plans will be rolled out.”

He said that Nigeria was a great country, adding that all that it required was good leadership.

“We will provide that kind of leadership,” he declared.

Atiku further said that if elected, he would rescue Nigeria from all indices that had portrayed it in bad light.

He listed his five-point agenda to include education and security, saying that he would restore security to the country by nipping in the bud factors responsible for rising violence.

Earlier, Director, Directorate of Diaspora Groups, PDP PCC, Prof. Isa Odidi, had said that Nigerians in Diaspora believe that Atiku would articulate and implement the Diaspora Policy Framework to help capture, harness and channel their expertise to the country.

“Atiku’s government will do more to remove obstacles and create opportunities for Nigerians in the Diaspora to engage in economic development of Nigeria.

“We all unequivocally support Atiku/Okowa for President and Vice President of Nigeria,” he he asserted.(NAN)