The Commissioner of Police (CP), Delta Command, Mr Ari Ali, has said that there is no sit-at-home order in the state as declared by the proscribed Indigenous People of Biafra (IPOB).Ali gave the clarification on Sunday in a statement he issued through the state’s command spokesman, DSP Bright Edafe.

The CP was responding to a Facebook post by some faceless individuals with the caption “Unknown gunmen Asaba Delta State sends strong message”.

He assures residents of their safety and urged them to go about their lawful businesses stressing that the Command would deal decisively with anyone or group of persons that may try to cause mayhem in the State.

The police boss urged members of the public, particularly residents of Asaba and the entire Delta North senatorial district, to remain vigilant, monitor and report any strange and suspicious movements of persons in their neighborhood to the command.

“The attention of Delta Police Command has been drawn to a Facebook post by some faceless individuals with the caption “Unknown gunmen Asaba Delta State sends strong message”, in which Asaba residents are warned to observe the “Sit-at-home order as declared by the proscribed IPOB.

“For the purpose of clarity, the CP Delta Delta Command has declared that there is no “sit-at-home order” in the state. “Members of the public, particularly residents of Asaba and the entire Delta North, should remain vigilant, monitor and report any strange and suspicious movements of persons in their neighborhood to the Command or other law enforcement agencies,” he said.

Meanwhile, Ali has detailed officers and men of the command to be on red alert and remain watchful in order to maintain the existing peace in the state. He further directed the Deputy Commissioner of Police, Operations, Area Commanders, DPOs, and Tactical Commanders to maintain Police visibility across the length and breadth of the state.

While urging them to deal decisively with anyone or group of persons that may attempt to cause mayhem, the CP directed the commanders to emplace measures that would make Delta uninhabitable for any group of hoodlums. (NAN) 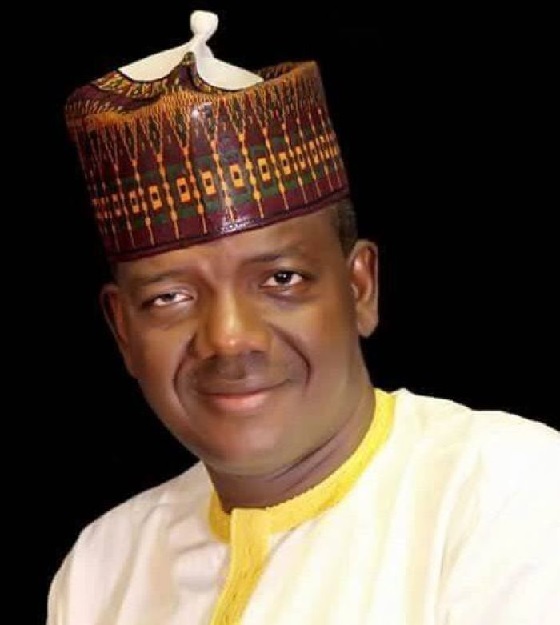 The government also stated that it was ready to facilitate for the residents, especially farmers to obtain basic weapons for defending themselves, disclosing that it has already concluded arrangement to distribute 500 forms to each of the 19 Emirates in the state for those willing to obtain guns to defend themselves.

According to the government, “People must apply from the Commissioner of Police, licence to own guns and such other basic weapons to be used in defending themselves.

Additionally, a secretariat or centre will be established for the collection of intelligence on the activities of informants in the state. The government added that “People are strictly warned and advised to make sure that any information or intelligence about an informant must be true and nothing but the truth, as all information on such informants must carry correct data on the suspects, including their pictures, correct names, address, occupation and witness to testify the genuity of the information given, as government is taking punitive measures against any one found as informant. Any person who give wrong information against anybody, will be served the same punishment with an informant and will be treated as such.”

Also, the state government requested the state House of Assembly to pass, “as matter of urgency, the Informants Bill before it, to enable government take the drastic measures on informants as contained in the Bill.”

Additionally, it ordered for the recruitment of 200 additional Community Protection Guards in each of the 19 Emirates of the state, making it 500 per emirate, to increase their manpower and strengthen its force and capacity to deal with the bandits.

See also  British Commission to Partner with Benue on Insecurity

Also is the formation of  formation of additional paramilitary unit to support control and command to properly and effectively reinforce the operations of our community protection guards (CPG.)

In the statement, signed by Signed Ibrahim Magaji Dosara
Hon Commissioner for Information, the governor in view of the deteriorating security situation in the hard hit Mada, Wonaka, and Ruwan Bore Districts of Gusau Local Government, as well as Yandoto Emirate in Tsafe Local Government, ordered the immediate closure of all markets in the districts and Yandoto Emirate indefinitely.

In addition, the government equally banned the riding of motorbikes and selling of petroleum products in Mada, Wonaka and Ruwan Bore districts, as well as Yandoto Emirate.

“Henceforth, all filling stations in the affected areas are hereby closed with immediate effect. Anybody found riding motorbike within the areas is considered as bandits and security agencies are thereby directed to shoot such persons on sight.

“Security agencies are by this announcement directed to ensure strict compliance. Anybody found violating this order should be dealt with according to the rule of law. Government would not condone any act where innocent people are being killed.

Government is also using this medium to thank all those who honoured and respected the peace dialogue in what ever form. In the same vein, those who refused to honour and respect the peace dialogue are hereby warned to allow peace within our respective communities. Government is hereby directing the military, police, civil defence and other security agencies to mobilise their operatives and take the fight to the enclaves of the criminals with immediate effect.”

The government further disclosed that it took these far-reaching decisions in its commitment “to ensure adequate security and protection of lives and property of the citizenry in the state, particularly during this rainy season” and “as measures to deal with the recent escalating attacks, kidnapping and the criminal levies being enforced on our innocent communities.”

Terrorism, it noted “has been a source of worry and concern to the people and government of the state. Therefore, in order to deal decisively with the situation in our respective communities, government has no option than to take the measures.”

The Federal Capital Territory (FCT) Police Command has deployed a team of anti-kidnapping and Counter terrorist’s Units to comb the surrounding forest and rescue the abducted farmers.

This is coming barely twenty – hours when armed bandits were reported to have attacked innocent farmers in a boundary community, Rafin Dadi situated between FCT and Niger State’s and abducted over 22 farmers in the said area.

A statement issued by the Deputy spokesperson of the Command, ASP Oduniyi Omotayo while confirming the attack explained that , “The incidence happened in Rafin daji, a boundary community between Niger and the FCT .

” The farmers were on their farm land working when gun men outnumbered and kidnapped them, upon receipt of this information, a combined team of Police officers from various Tactical and intelligence units of the Command, Destiny Hunters, Vigilantes, and Local hunters stormed the forest, combing it aggressively even as I speak.

“For the rescue of the victims and to bring perpetrators to book. Monitoring and surveillance of the community also continues”, he explained.

Ogun state governor, Dapo Abiodun, has reiterated his administration’s continued support for security agencies in the state, to stem the activities of criminal elements in the state.

He specifically promised to support them with logistics and equipment that would be necessary to improve their operations.

The governor equally declared that his administration would continue to do more to collaborate with efforts of security agencies in the state towards finding solutions to the various security challenges confronting the state and the country as a whole.

Abiodun made this known during the 2nd Quarter of the State Directors of Security Conference, South West zone, held in Abeokuta yesterday.

He said that it is the belief of his administration that partnership between government and the private sector would help to drive the development of the country.

“Even though security matters are on the exclusive list of the Federal Government, we however cannot afford to drop our guards at this period of global challenges, we will do more to collaborate with your efforts towards finding solutions to the various security challenges that face us as a country,” he said

The governor while saying that crime fighting is not only about guns and ammunition, noted that there is a nexus between crime, unemployment, illiteracy, poverty and drug abuse.

He explained that his administration has made job creation an important part of the ‘Building the Future Together’ Agenda of his administration, adding his government has created a policy that would ensure that all projects executed by his administration are done through direct labour, thereby engaging and occupying the people.

Abiodun stressed that an improved security in the state and the international border is important to the country and the West African region, commending the Federal Government under the leadership of President Muhammadu Buhari for demonstrating its commitment towards ensuring the security of lives and properties in the country.

See also  British Commission to Partner with Benue on Insecurity

Speaking on behalf of Ogun State service commanders, the Ogun State Commissioner of Police, Lanre Bankole, said that the security commanders in the state had over the years been able to foster a formidable synergy to intimidate criminals in the state.

Bankole while noting that the atmosphere in the state had made it possible for the successes recorded by security agencies at tackling insecurity said “the security agencies owe the synergy to the support they have received from the state government under the leadership of Governor Abiodun.

Earlier, Director of the Department of State Security in Ogun, Femi Aaron, noted that intelligence sharing and inter-agency collaboration would go a long way in solving challenges that might arise in the country.