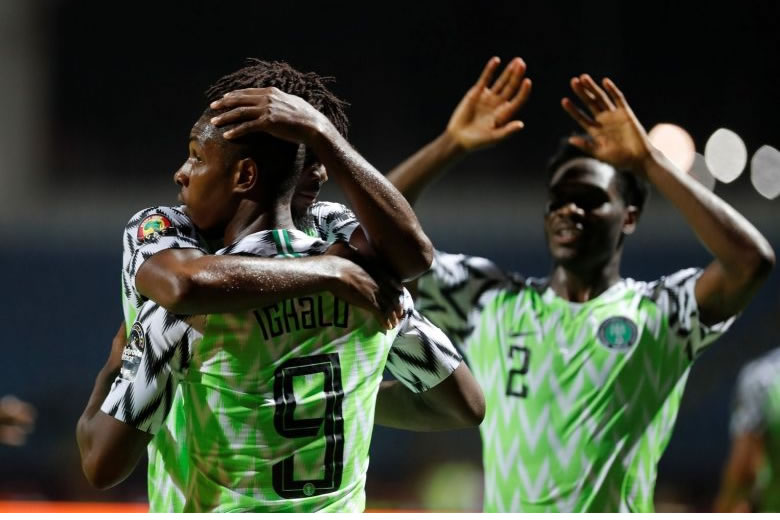 Nigeria’s most reliable striker presently, Odion Ighalo came off the bench to score the only goal of an engaging duel at the Alexandria Stadium to put the Super Eagles on the list of teams that got off to a winning start at the 32nd African Cup of Nations and gave the Super Eagles the three points and took an early lead in Group B ahead of the second match of the pool between Guinea and Madagascar.

Though the three time African Champions controlled possession in the early phases, the Burundians were the ones with the very clear likelihoods. However, Onuachu put two headers past the Burundian goalpost in the 7th and 13th minute, but a minute later; Cedric Amissi came close to getting the Itamba in front when he latched onto a well-placed pass and stung Akpeyi’s palms with a ferocious, close range shot.

Onuachu’s tame shot in the 27th minute was held by the Burundian goalie, and a minute later, Samuel Chukwueze wasted a clear chance in the box.

Gael Bigirimana, Abdoul Fiston, Amissi and Said Berahino were a thorn in the flesh of the Nigerian rearguard but failed to get the ball past Akpeyi.

In the second half, Ahmed Musa’s introduction for captain Mikel Obi quickened Nigeria’s pace and race towards goal. But nothing was delivered until Ighalo converted a clever pass by Ola Aina to put to an end the ambition of the Itamba to record a first Afcon point against Nigeria.

Football loving Nigerians back home have welcome the Super Eagles victory in the opening game with excitement saying that the victory has given them confidence that their darling team will certainly compete for the trophy.

African champions Nigeria were eliminated from the 8th FIFA Women’s World Cup finals on Saturday after a three-goal defeat to two-time champions Germany in the Round of 16 in Grenoble.

Despite starting brightly and showing much endeavour, pace and physical strength, the Falcons could not get breach the Germans’ defence, and Alexander Popp got Germany in front in the 20th minute by sneaking in-between Nigerian defenders to nod home from a corner kick.

In the 37th minute, Ngozi Okobi rocked the crossbar from a free-kick, and in added time of the first period, Nigeria had an appeal for a penalty kick turned down as a German defender blocked Uchenna Kanu’s shot with her arm.

Five minutes into the second period, Nigeria should have scored. Substitute Rasheedat Ajibade’s blistering run carved open the German defence but skipper Desire Oparanozie was late to get herself to the right spot to connect her telling pass.

The Falcons continued to work hard but in the 82nd minute, it was all over after Halimatu Ayinde’s erring backpass was capitalized on by Lea Schueller to make it three for Germany.

LAFA Elections: I Was Ready to Wait for Next 4 Years – Gafar