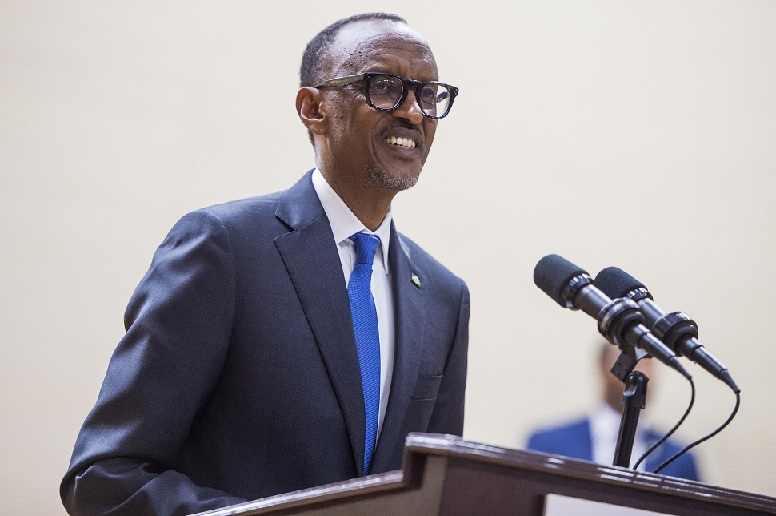 The leaders of three African countries and the President of African Development Bank (AfDB), Dr Akinwumi Adesina, are expected to participate in the on-going Tony Elumelu Foundation Entrepreneurship Forum in Abuja.

The Communication and External Relations Department of AfDB on Friday said  Rwanda’s President, Mr Paul Kagame, Senegal’s Macky Sall and Felix Tshisekedi of the Democratic Republic of the Congo would be expected on Saturday.

The bank said the African leaders would be in Abuja to chart a course for the youth on the continent.

“The Tony Elumelu Foundation Entrepreneurship Forum is a global flagship event that has attracted world business leaders and renowned entrepreneurs to the Nigerian political capital, Abuja.

This is the fifth edition.

“African Development Bank President Akinwumi Adesina is participating in a panel discussion at the event alongside Rwandan President Paul Kagame, Senegal’s Macky Sall and Felix Tshisekedi of the Democratic Republic of the Congo.

“Tony O. Elumelu is an entrepreneur, investor and philanthropist, who, like Adesina, is passionate about entrepreneurship and Africa’s economic development.

“Since 2015 the foundation has committed 100 million dollars to identify, train, mentor and fund 10,000 African entrepreneurs more than 10 years,” it explained.

The bank stated that the entrepreneurship programme aligned with the goals of AfDB, whose Jobs for Youth in Africa Strategy aimed to support African countries to create 25 million jobs and empower 50 million young people by 2025.

It quoted Adesina as saying, “we are increasingly working with initiatives that boost entrepreneurship on the continent.

‘The Tony Elumelu Foundation Entrepreneurship Programme is one of the key entrepreneurship initiatives on the continent, which the bank seeks to collaborate with.

“The bank’s board approved a facility to boost enterprise support organisations, such as incubators, accelerators, financial institutions, early stage investors and foundations to achieve this vision.”

It said the project had benefited many, including Esther Ayuba, from Nigeria’s Gombe State University, who received ICT training and now able to code and design.  (NAN)

Related Topics:: ‘Kenya(AfDB)CongoRwandaSenegal
Up Next Sylvia said this in a statement signed by his Senior Adviser, Media and Communications, Horatius Egua, after OPEC agreed to maintain its production cut among member countries to maintain market stability on Monday.

He said the Federal Government would continue to improve security along the tracks of the major crude oil pipelines and block every leakage through which crude oil are stolen by oil thieves and pipeline vandals.

Sylvia said that the inability of Nigeria to meet the current OPEC quota was not due to lack of production capacity on the part of crude oil producers.

“Once we are able to build enough confidence in the security of the pipelines, they (producers) will then be able to inject into the pipelines once again and once that happens, we will be able to meet up with our OPEC quotas.

“That is where we are going and the early signals are there that we are making very good progress.

“Our pipelines have issues and we put security structure in place involving the communities, the security, oil companies and government and we are beginning to see some early signs of improvement.

“Our production for example has improved from where we were in the past.

“We are producing over a million barrels now and we believe that when we have built confidence enough on the pipelines and all the producers begin to inject into the pipelines that have been secured, we will be able to meet our OPEC quota,” he said.

He said that with the current rehabilitations of the Port Harcourt, Warri refineries as well as the planned fixing of the Kaduna refinery and the coming on stream of the Dangote Refinery, Nigeria was sure of guaranteed crude production to ease incessant fuel crisis.

According to him, between Port Harcourt, Warri and Kaduna there are over 410,000 barrels and if we have all that refined in-country that will be at least half of our consumption and with Dangote refinery which is expected to come on stream by first quarter next year.

He expressed hope that even before the third quarter of 2023 Nigeria should be able to exit the importation of refined products.

Speaking on the discovery of crude oil in Kolmani, a border town between Bauchi and Gombe states, the minister said Nigeria should brace up for more oil adding that only the Niger Delta region had been explored for oil despite potentials in other regions.

Sylva said Nigeria would not be dealing with crude oil as only an income earner but as an economic enabler to avoid the crisis that hallmarked oil discovery in the Niger Delta region. (NAN)

The Chairman of IPMAN Ejigbo Depot, Mr Akin Akinrinade, made the appeal in Lagos yesterday while addressing the media on the price disparity of petrol to IPMAN members by depot owners.

Akinrinade wondered why private depots get petrol from NNPCL at official rate of N148. 17 per litre but sell at N220 per liter ex-depot price to IPMAN.

He, however, issued seven days ultimatum to NNPCL to work out a concrete arrangement for IPMAN to buy fuel at regulated price of N148.17 per litre.

He said that lPMAN had an agreement with NNPCL on fuel supply but has refused to adhere to the agreement.

“We have noticed the price disparity at which NNPC is selling petrol to major marketers at regulated price and the private depot are selling to the independent marketers at N220 per litre.

“The private depots are selling ex-depot price at N220 per litre to us, which means that after paying N220 per litre, we still have to add other costs like transportation, logistics among other costs.”

According to the chairman, this has led to an increase in the price of petrol at IPMAN stations, adding that members now sell at N250 per litre and above to stay in business.

“We are no longer comfortable with this because Nigerians now see us as the black sheep.

“So, we want Nigerians to know that it is not of our making and that the authorities should address the issues around the price disparity”.

Akinrinade said that members found themselves in such situation due to moribund NNPCL depots that were neglected.

“We loaded here last at satellite depot in Lagos since December 2021, but, throughout 2022, we have not load a drop of product here.

“Ordinarily, NNPC is supposed to make arrangement for us to load through the private depots but they have abandoned that arrangement.

“That is why we have no choice but to buy from the private depot owners who use us to make money.

“Petrol is regulated and held in trust for Nigerians, why are private depots owners profiteering?.

“We are all commission agents in the petroleum business as long as the product is been subsidised.

“We are using this medium again to call on NNPC to make arrangement for IPMAN through the private depots such that we can load in those depots as we used to, paying government regulated price.

“Before now we used to buy at the rate of N148 and with that, we can sell at N170 but it is no longer so because the private depots are selling to us at the rate of N220 per litre ex-depot price,” Akinrinade said.

Akinrinade said that IPMAN was simply asking for fair competition, adding that the competition was no longer fair.

He said that lPMAN members were losing customers because they could no longer buy at the price of N250 and above. (NAN) 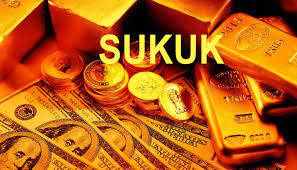 The Debt Management Office (DMO) has announced the conclusion of the issuance of N100 billion Sovereign Al ‘Ijarah Sukuk bond for the construction and rehabilitation of key road projects in the country.

In a statement on Monday, DMO said that the bond, which was issued on November 21, 2022, and was supported by wide public sensitization to encourage subscription from diverse investors, was oversubscribed to N130 billion due to the over 165 percent subscription level.

The Sukuk was issued at a rental rate of 15.64 percent per annum, bringing the total Sovereign Sukuk issuance to N742.557 billion as of today.

“The level of subscription is evidence of investors’ confidence in the use and impact of Sukuk in the construction and rehabilitation of road infrastructure across the country,” DMO said.

“The DMO on its part, will work to sustain the laudable achievements recorded so far in the use of Sukuk Issue Proceeds for the construction and rehabilitation of Nigerian roads, and thereby, continue to enhance ease of commuting and doing business, safety on our roads, job creation, economic growth, and prosperity of our nation,” the statement added.

The issuance of Sukuk bond by DMO started in September 2017 as a strategy by the Federal Government to support the development of infrastructure, promote financial inclusion and deepen the domestic securities market in the country.

The debut Sovereign Sukuk, which was issued in 2017, brought in N100 billion to finance the rehabilitation and construction of 25 road projects across the six geopolitical zones. The DMO also issued a Sukuk for N100 billion in 2018 and another for N162.55 billion in 2020 as well as about N250 billion in 2021.